Despite having the palate of a plumber, David Gluckman believed in never having a ‘Plan B’ and having a one-idea solution to a brief. He also advocates good old-fashioned teamwork with successes including Baileys Irish Cream, Tanqueray Ten, Sheridan’s, Purdey’s, and Cîroc.

A few years back I escaped the concrete jungle of Canary Wharf and came to live in a normal part of London. Once there I thought it’d be a good idea to meet a few guys and girls in the new area so I signed up to play cricket for my local club, and for someone working in a bubble of an industry that I was, it was great to meet people all doing different things. But there were whispers that one of the lads in particular, David Gluckman, had had a slightly more interesting working life than most.

He was a drinks inventor.

“A what?” I thought. I was summarily put into the picture by some teammates, who’d all at some point worked with him at Diageo. He’d spent his career coming up with new ideas and developing brands as a consultant for one of the biggest drinks companies in the world.

“Ok” I said, “would I have heard of any of them?” Well it turns out I had. He was part of the ideas team behind Baileys Irish Cream, Tanqueray Ten, Sheridan’s, Purdey’s, and Cîroc.

I remember being a tad cynical even before I had a clue that apparently the world and his wife claimed to have invented Baileys. Some fairly vociferously it turns out. 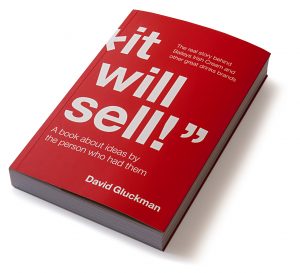 David had kept his mouth shut for many years and he heard all these stories floating around about some of the brands, some a lot funkier than others. But now in his late 70s he has decided to write a book about all the ideas, how they came about and who were, in his eyes, the real heroes behind the big successes of IDV/Diageo from the 1970s onwards.

Now, before anyone starts having a pop at the book as “that’s not what I was told happened”, this book has been sent to Diageo for full fact-check approval and passed with flying colours. This is the story behind those brands from the view point of Gluckman’s role, both good and bad, pretty and ugly. And it’s bloody fascinating. 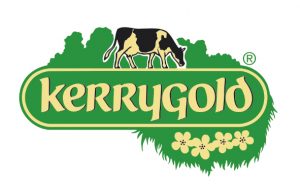 The heroes behind Baileys, he writes, are unquestionably Tom Jago and Mac Macpherson. Jago (legend of the drinks trade and father of Berry Brothers CEO, Dan) drove the idea through an otherwise reluctant IDV management, and Macpherson perfected the now famous emulsification process that brought the world its first cream liquor. But the idea behind it came from a packet of butter and a mini mart in Soho.

The palate of a plumber

Gluckman was famously described as having “the palate of a plumber”. He doesn’t care. His ethos to produce the best possible product on the market stems from nervous appointments with men like Max ‘The Hat’ Zimmerman, a firebrand Chicago liquor store juggernaut who could make or break products.

Abe Rosenberg, the man who made J&B Rare the number one whisky in America, even famously held aloft a glass of Baileys in the production phase and, after pondering it for a while, muttered the immortal words “that shit will never sell!” This was a tough crowd.

It’s the process behind the ideas that make the book so interesting. Gluckman spent a career coming up with one solution to a brief. Just one. But one he fully believed in. It was a cop out in his mind to come up with multiple solutions so you could pass the decision-making-buck up the chain of command. And his attitude to the changing faces of market research and its uses are a mandatory read for anyone in that field of expertise these days.

As he rightly points out: “If whisky was a new product, would it pass consumer taste tests?”

Intuition and sheer ‘ballsiness’ can be just as important as good test scores.

Another thing the book does incredibly well is own up to the mistakes that were made and the failures that were produced. Success has many parents and failures are orphans. But, as Gluckman points out, failures are only that if you don’t learn from them. Toughening experiences with Guinness Light, Stubbs Australian White Rum, and Buffalo Jump Canadian Whiskey were at the forefront throughout the book. And some were ideas Gluckman still feels strongly about. That ‘one brief, one solution’ policy is not just for show. He backs his ideas to the end.

The book culminates in a chapter about the most important lessons he learned throughout his career. Mostly about team work. None of the drinks in the book were one-man efforts, and the ability to surround yourself with the best and brightest leads you to excel collectively. In fact it’s these last chapters that have got Gluckman out on the circuit of management schools, and plastered all over LinkedIn. An unexpected upside.

I think you need to read this book if you are any product development role or indeed any marketing role. Also, if you were a drinker in the 70s, 80s, 90s, and 00s and you just want a trip down memory lane. Enjoy!

That Sh*t Will Never Sell is available on www.thatshitwillneversell.com, Amazon Marketplace, Waterstones and other well-known book stores.