It is at the premium end of the buying spectrum that Hawke’s Bay Syrah really shows its value for money.

Forget being a wine lover for a second.

Simply as a human being, visiting New Zealand has been on my bucket list pretty much forever. Wine press trips are immense as you tend to visit lots of areas in a short space of time, ticking them off your wish list as you go, and February’s trip to the ‘Land of the Long White Cloud’ was no different. Four days here, two days there, buses and planes a plenty. Sure you’re knackered at the end, but the memories and learning experiences more than make up for it. And some experiences stick a bit firmer than others.

Our two and a bit days in Hawke’s Bay with Vicky Roebuck and her team was pretty special. From a wine tourism point of view, day one seeing the art deco town of Napier and tasting a series of Chardonnays, Viogniers, and red blends at the glorious Mission Estate in the afternoon was a dream. But if the day one-rs will forgive me, the main event I’d been looking forward to came around on day two with a visit to Te Awa Winery and a morning flight of Hawke’s Bay Syrah. Even a badly timed bout of tonsillitis couldn’t stop me now!

So why Hawke’s Bay?

Before diving into the profiles of the wines and name-dropping a few of my favourites, it’s important to get Hawke’s Bay into perspective from a “what kind of place is it?” point of view. ‘View’ being a word I’m going to come back to in a bit, but first let’s put Hawke’s Bay into its place in the wider New Zealand wine world.

Hawke’s Bay is about half way up the East Coast of the North Island. It’s New Zealand’s second largest wine producing region, but that misrepresents it a tad. Marlborough dwarfs the rest at 69% of vineyard space, and Hawke’s Bay’s 4,771 hectares (12% of New Zealand vineyards) is effectively just a handful of Bordeaux Châteaux and you’re done. It’s not massive by any means.

If you want to go a bit more niche, let’s look at Syrah in New Zealand. Again, on the surface, third most planted red variety in New Zealand sounds respectable. But Pinot Noir is the clear number 1 with 73% of vineyard space, with Syrah’s third place just 6%. Also, in a land dominated by whites, they plant about as much Gewürztraminer as they do Syrah. So why am I dedicating an entire article on it?

Well because the combination of Syrah and Hawke’s Bay works. It just does.

A great mate of mine, Peter Ranscombe, reminded me of something the brilliant Carole Meredith (oenological researcher at UC Davis and owner and winemaker at Lagier-Meredith in Mount Veeder, Napa) told us a couple of years back: “Syrah loves a view”.

Views don’t get much better than throughout Hawke’s Bay. Hilly terrain coming straight out of the sea, you’ve got the slopes, the aspect, the (intense) sunshine, and the cooling sea breezes. We stood atop Te Mata point and to a person were wowed by the landscape. Syrah’s definitely got the view it craves round here. 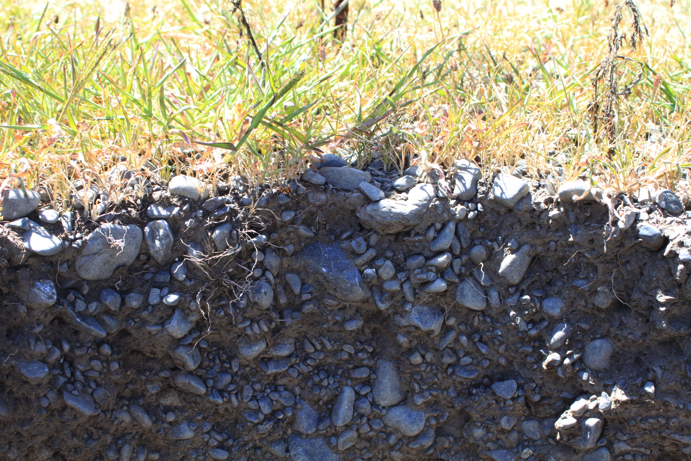 Hawke’s Bay has another great distinction. It’s got the only (or at least I think it’s the only) designated appellation in the world based on the soil, not a specified geographical boundary. If in your vineyard you have the pebbly, crumbly, draining, and deep-root-enducing grey soils, then no matter where you are in Hawke’s Bay you are entitled to use Gimblett Gravels. Given the structure of this soil it promotes the strong vine growth, perennially ripe grapes, and smooth structured wine.

It’s this smoothness that brings us to the next point. The use of the word Syrah rather than Shiraz. Hugh Crichton of Vidal Wines explains that Syrah evokes thoughts of the subtler Southern French styles, whereas Shiraz makes you think of the big, bold bruisers from Southern Australia. Should we begin to make that distinction throughout the wine world? Smoother styles should be called Syrah and fatter styles known as Shiraz?  I’ve heard worse ideas. Might even, dare I say, help out the end consumer a tad? Stranger things have happened!

Value at the top end

My favourite thing to talk about, which a few have you might have twigged by now, is value for money. Now it’s well known that the average New Zealand bottle price sold in the UK is the highest of any other wine producing country, at a smidge under £8 a bottle. But obviously we’re talking a certain end of the market here. If you’re a buyer for a fancy pants restaurant, or an indie wine merchant with a couple of well-heeled clients, then you can start to look at the other end of the market. The luxury end. And it’s here that New Zealand, in general, shows its value.

Now I’ve been lucky enough to try a few Côte Rôties and Hermitages in my life. When I say a few, I mean only a few, but still, very lovely stuff. But good ones can be tough to get hold of and, since Mr Parker’s “oh have you checked this stuff out?” 20 odd years ago, they’re now pretty punchy. On the flip side of that, Craggy Range’s Le Sol, arguably one of the finest Hawke’s Bay Syrah’s around, is about £50 a bottle trade price. Top end Kiwi wine can be amazing relative value.

Top labels to keep an eye out for 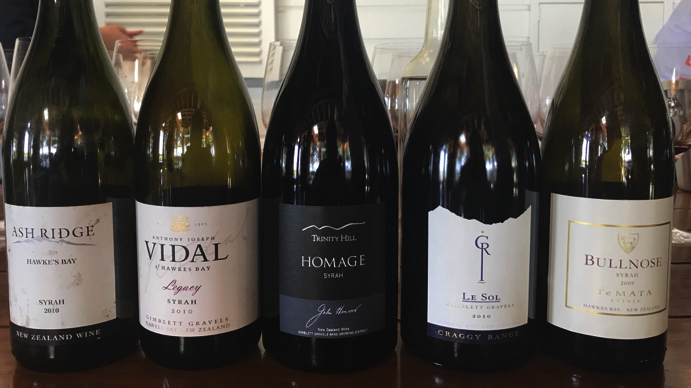 Maybe to finish off, a few of my favourites to keep an eye out for. There were (plenty) others of note, but these are ones I know are available in the UK and impressed more than just me on the trip:

And a cheeky one for any importers looking for a Hawke’s Bay addition?  Check out Lauren Swift at Ash Ridge.  Top person and top wines.  Get in touch with us and we’ll pass on her details.

Right, that’ll do you all. Next time you’re sticking the leg of lamb in the slow cooker and about to reach for the Pinot without thinking, stop right there!  Spicy and smooth Hawke’s Bay Syrah is the real deal.

What a transformed Armit means for premium on and off-trade