My feeling is that we are over-reacting with these products. I think people are trying to cut down, not cut out. And if they’re cutting down on alcohol, surely they’d want to cut down on expenditure too, writes Gluckman.

After the attention given to my article on Seedlip on this site, the editor asked me if I’d have a look at the Seedlip people’s new offering. It’s a range of non-alcoholic aperitifs called Aecorn, portentously described as “informed by 17th century herbal remedies” – I’m not entirely sure why – and “inspired by the European aperitif tradition.” I think that means they’re aperitifs.

There are three products in the Aecorn range entitled ‘Dry’, ‘Bitter’ and ‘Aromatic’ and they each retail for a stonking £19.99 for 50cl, taking them close to the £30 mark for a full 75cl bottle. I went onto the Sainsbury’s website and discovered that you could buy into “the original European aperitif tradition” for rather less, so long as you were prepared to drink alcohol in the process: Aperol (11% ABV) for £12, Martini Rosso (15%) for £10 and a 75cl bottle of Cinzano Bianco (15%) for only £8. 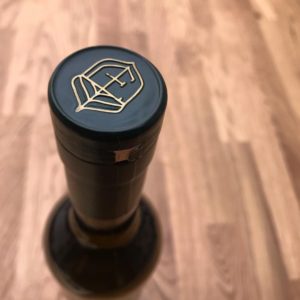 I can see the point of the name Aecorn rather than Acorn. It’s an Old English spelling and there is brand affinity to Seedlip but it was also probably easier to register and trademark. To me it’s an OK name compared to Seedlip.

As for the Aecorn packaging it is also ‘very Seedlip’ and the labels look as if they have been designed by the same person who did the original. Well, if not actually designed, then art directed by them. They are neat and smart with a kind of abstract plant motif. ‘Dry’ has a pale green label, ‘Bitter’ is dark pink and ‘Aromatic’ a maroon-brown.

On myopically trawling through the fine print on the back label, I found a real deal-breaker. It read “Once opened keep refrigerated and use within 28 days.” That set up the expectation that it would be really more-ish, like a bottle of Baileys at a family Christmas. It also puts a lot of pressure on the back bar when introducing a new product. What happens when the month is up and you’ve only sold a quarter of a bottle? Will it be replaced?

Keep Calm and Smell the Chinotto

The copy on the back labels was too small for me to read easily, so I settled down to reading a brochure that was given away with purchase.

There were loads of ingredients present which I didn’t know, and certainly couldn’t recognise if I tasted them: hard to imagine keeping calm and smelling the Chinotto, or taking in the ‘familiar’ notes of Quassia, Kola nut and Clary Sage.

As a lifelong brand developer, I learned the difference between ‘bullshit’ and ‘benefit’. Tell someone that a product contains Chinotto and they might be impressed for a nano-second. But in reality, it won’t mean a thing. Tell them that a vodka was ‘smoother than other vodkas’ – and deliver that promise – and you might get them interested.

It is hard to imagine an average Joe saying “the Chinotto really did it for me. That and the Clary Sage made it the easiest £20 I ever spent.” If it doesn’t set up a taste expectation then it’s just flannelling, setting out to impress.

I will admit to going down that route with Aqua Libra and Purdey’s back in the 1980s. But 30 years on, I can’t imagine people being excited by Prickly Ash or Bayberry Bark that we had in Purdey’s.

Another thing that intrigued me was the mention of Pinot Noir, Meunier and Chardonnay grapes. Let’s get as many expensive wine signals into the spiel to talk up the price. Now I’m no wine buff but I didn’t get any wine taste from any of the products, so why bother?

To me, the three Aecorn variants, like Seedlip, are founded on too much proclaimed ‘craft’ for my liking. All I missed was ‘batch-produced’ and ‘hand-crafted’, the clichéd buzz words on most spirits bottles these days.

Putting Aecorn to the test

Which finally, brought me to tasting the products. I chose not to drown them in tonic or disguise them in a cocktail. My tastings were based on 50:50 with soda water.

The good news first. Unlike Seedlip, where a combination of blandness and self-hypnosis was the way in to tasting, the three Aecorn products all took notice of the fact that spirits actually taste quite demanding. They don’t slip down easily. They need to be diluted or mixed. And to me, that makes sense.

I tasted the three Aecorn products straight over ice and then with soda water. I wanted to get into their flavours rather than let a sweet mixer dominate.

Of the three variants, ‘Bitter’ was by far the best. It was full of flavour and character and a halfway passable substitute for a classic Italian aperitif. And its astringent challenging flavour was closer to a real drink than many of the products in this category. It diluted well and had a longer taste than the other two.

‘Dry’ was pale and looked like white wine and it had a kind of pithy bitterness on the palate. It did not dilute well and lost its flavour quickly. It left an after-taste that wasn’t ‘friendly’.

‘Aromatic’ was cloudy pink in colour and had a smoky character on the nose. There were elements of burnt sugar and toffee and, of the three, this was closer to a ‘17th century herbal remedy’ than the ‘European aperitif tradition’ in that it was more more like a cough syrup than a real drink.

However, none of the Aecorn variants was really nice enough for me to want to go out and spend £20 on another bottle. Or indeed have a second glass. Products like Aperol, Martini and Cinzano are liquids that have been crafted over hundreds of years and they taste pretty good, complex and more-ish. But Aecorn certainly didn’t get my friends asking for top-ups.

And anyway, who drinks those types of products nowadays? The last time I heard someone asking for a Martini Rosso aka ‘the right one’, was back in the 70s.

There’s a kind of ‘all-or-nothing’ approach to brands like Seedlip, Aecorn and a lot of the other brands that have galloped into the category. But I am struggling to understand the motivations of the people who buy them. My approach was always to offer a good story but, essentially, to back it up with a fantastic product. 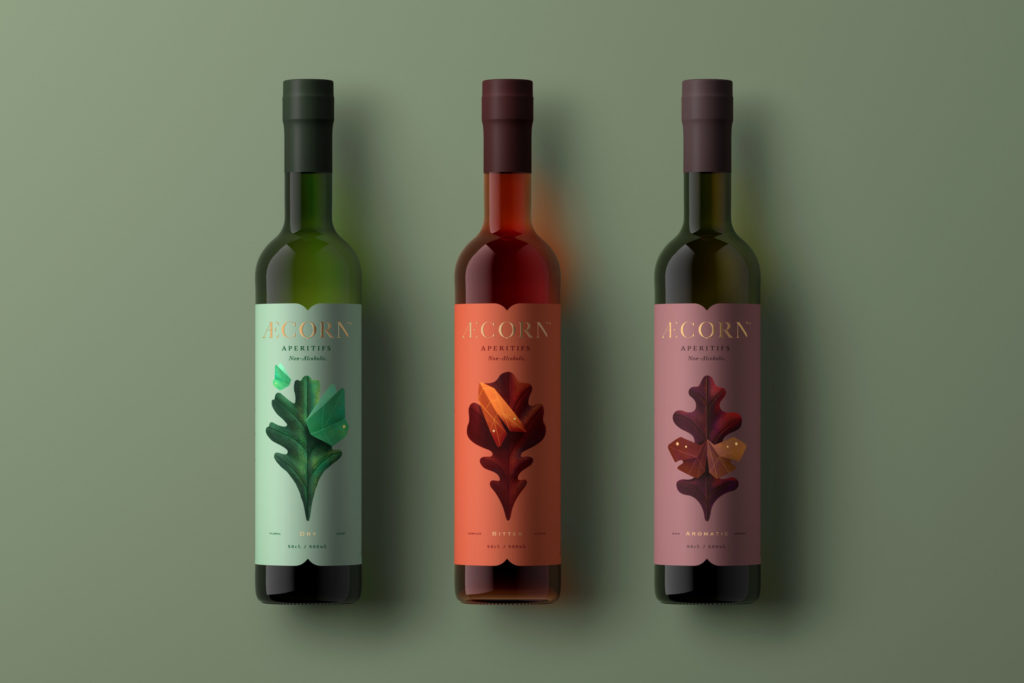 Low/No alcohol beers work for me. They taste more or less like beer. Wine might if someone could develop a decent product (I haven’t tried one yet). But spirits are strange. In most cases, people drink spirits with mixers, and on-trade mixers don’t come cheap. So why don’t the mixer people produce more complex and demanding products to attack the opportunity? Fever-tree ‘Juniper & Coriander’ tonic would offer a great ‘come on’ to me as a gin drinker. And if the flavour hit was the same intensity as a normal G&T, they’d have my business. Or how about Canada Dry ‘Bitter Bourbon’ ginger ale or cola? That would work for a brown spirits drinker. But companies must not be pusillanimous about the flavour hit. They should recognise that alcoholic drinks are an acquired taste.

On that note, I tried Gordon’s & Tonic at 0.5% the other night. Too sweet and too easy. Why didn’t they really up the juniper to introduce some ‘challenge’ into the taste? To me it just tasted of citrus-flavoured tonic.

Today’s marketing mantra is ‘be brave’. Gordon’s has been far too timid.

Products like those mentioned could retail for, say, £2.50 in a pub and represent a reasonable alternative. A Seedlip and tonic in my local pub sells for £5.05 which is pretty steep.

Another way of attacking the opportunity might be through the development of super-concentrated products like Angostura. Have you ever tried mixing Angostura and tonic? I know it has alcohol in it (44.7% ABV) but the few drops added to a tonic surely wouldn’t amount to much. And it sure does change the character of a sweet mixer drink. I’ve tried that route on one or two occasions in the past and the intense bitterness of Angostura makes for a drink that you can drink throughout an evening.

My feeling is that we are over-reacting with these products. I think people are trying to cut down, not cut out. And if they’re cutting down on alcohol, surely they’d want to cut down on expenditure too. Are people really going to continue to spend £100 on half a dozen Seedlip or Aecorn cocktails on a Friday night out?

And maybe people are following each other too slavishly by pursuing 0.5% and zero % options. If it takes 5% alcohol to produce a really acceptable substitute for wine, go down that route. It still represents a substantial saving in alcohol.

Seems crazy to me. Products like Seedlip, Aecorn and others just aren’t good enough, in my opinion, to justify a super-premium price tag.

Read David Gluckman’s book on a lifetime as a drinks creator, “That s*it will never sell!” The story of brands from Baileys to Tanqueray Ten.