Prosecco’s next big challenge is to introduce more of its premium styles of wine to the UK market where it has already transformed the sparkling and overall wine category. 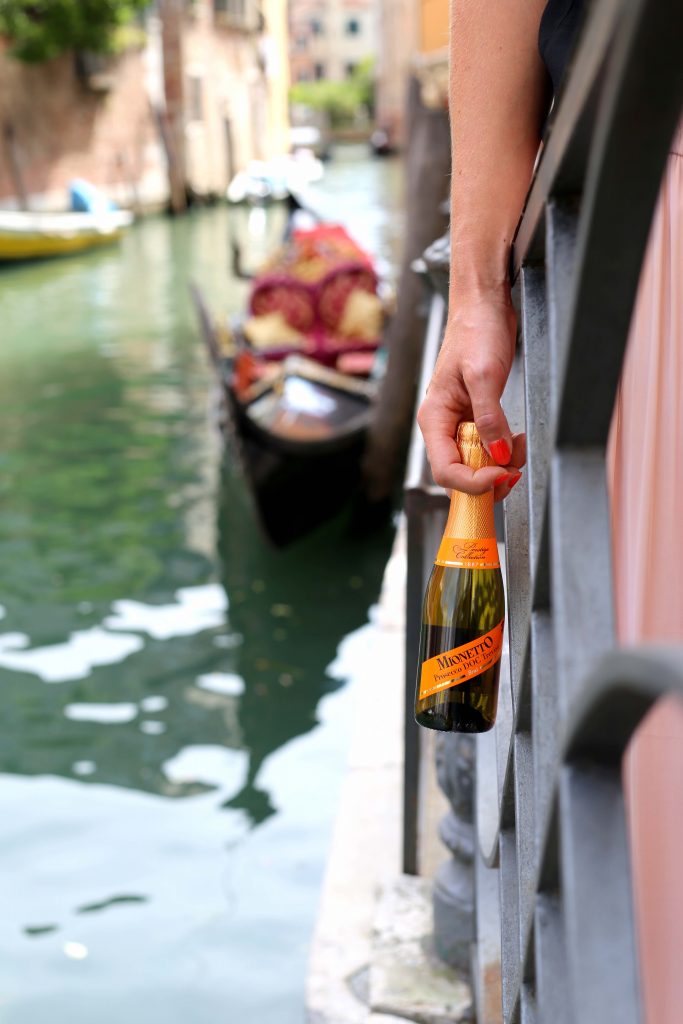 Ask any experienced wine buyer, sommelier, importer or merchant will know there is nothing like visiting a region or country to better understand the wines they produce, and how relevant they are for your business.

Getting buyers and influencers out to Conegliano Valdobbiadene is arguably even more important for the future of Prosecco, given the level of misunderstanding about what the category can offer the premium on-trade.

To help assess and look at those opportunities, The Buyer teamed up with premium Prosecco brand, Mionetto, to take key restaurateurs, buyers and influencers to its winery in Valdobbiadene to see, and most of all experience, the Prosecco story for themselves. To do so we teamed up with Mionetto’s UK partner, Copestick Murray, which, along with Mionetto, is part of the German sparkling wine giant, Henkell & Co, to host a trip that would take in the wine region, but also help see Prosecco through the eyes of Venetians.

Which meant not just a visit to the Prosecco wine region, but to the city that provides the ultimate backdrop in which to enjoy it: Venice. 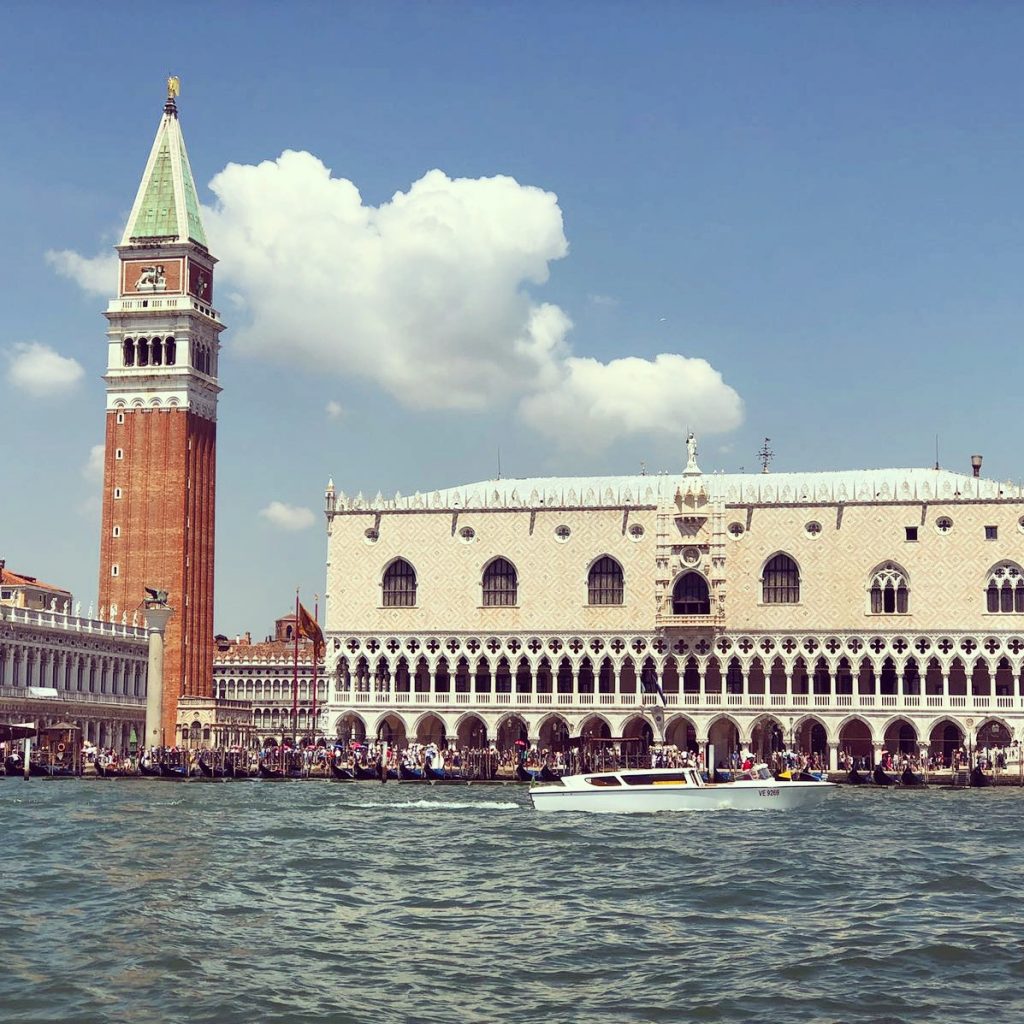 Robin Copestick, co-founder and managing director of Copestick Murray, believes the story is “really only beginning for premium Prosecco”. “We are slowly seeing the changing face of Prosecco in the UK. People are beginning to recognise the diversity there is with Prosecco and what a DOCG can offer over a DOC.”

He is certainly not afraid to compare the opportunities for Prosecco DOCG with Champagne. “Champagne has shown how it has been able to build its category through different quality tiers, starting at retail at just over £10 and then all the way up to £100 plus. Prosecco can do the same job but starting at £8 and then moving up to £25 to £30. That’s where its big opportunity is.”

Copestick believes the UK’s close affinity to Italy, for its food, wine and culture, has given Prosecco a great starting point. The next step is to “build on that and show its quality”.

It has certainly come a long way already. In fact the growth of Prosecco really takes your breath away. Sales volumes in the UK since 2008 have exploded by more than 6,000% and show no signs of slowing down.

In 2016 the UK accounted for a third of the 410.9m bottles of Prosecco produced that year as we reached ‘Peak Prosecco’ status, according to the Constortium for the Protection of Prosecco. Whilst UK sales are starting to slow down – with more single digit year-on-year growth rather than double digit – the IWSR still sees the UK reaching 8.3m cases of Prosecco by 2022, out of total production of 34.4m cases, as more demand from the US and Asia sees more worldwide distribution for Prosecco.

The IWSR/Vinexpo research predicts Prosecco will outgrow all other types of sparkling wine over the next five years, increasing by over 36%, from 25.2m cases to 34.4m cases (or 412.8m bottles), giving it a 9.2% share of the global sparkling wine market.

But despite all its success Process does have an image problem, both with the average consumer and many in the wine trade itself, who collectively do not widely understand that Prosecco has as many different quality tiers as there are in Champagne. Ask the average wine buyer or sommelier to draw out the different tiers of quality of wine in Bordeaux, Burgundy and Champagne and they can probably do so on the nearest napkin. But could they do the same for Prosecco?

Leading restaurateur, Jason Myers, who has helped build up and control leading chains such as Busaba Eathai and now runs his own boutique hotel, pub group and new Covent Garden Italian restaurant Bancone, said that for all the Prosecco he has helped sell he admits he was not aware of all the different levels of quality before making this trip to Italy.

“That’s why I was so keen to go and see for myself. I have always been a fan of sparkling wine, particularly Cava, and wanted to go and see the different levels of quality of Prosecco that I had not had the chance to taste before,” says Myers.

“The trip did not disappoint. I was astounded by how quickly it can be made and the whole production process was fascinating. I have come back with so many ideas of what we can now do with Prosecco.”

Helena Nicklin, head of content at Winerist, the influential consumer wine, food and travel website, believes Prosecco is ideally placed to build in more premium tiers as it already has a loyal consumer base who “as their palates mature they can then move onto more drier styles”.

Diana Isac, chief executive and founder of Winerist, was equally pleased to have the opportunity to see the region for the first time. “The trip was one of discoveries for me. In the UK, on the consumer and trade side, I find we know a lot less about Prosecco than we perhaps should do and as a result don’t communicate it too well to the consumers. There are so many styles and so much to know.”

Shara Myers, Jason’s wife and business partner, said the trip was a real eye opener to the potential Prosecco still has. “I knew that Prosecco wasn’t just a one trick wine style pony, but it was really helpful to see lots of very different styles all in one go, made by the same producer,” she said. “It also hammered home how the consumer needs to be further educated in this area, especially as there is an – albeit very slow- move away from Prosecco as people deem it too sweet. Getting a good handle on all this is important for translating that back to consumers.”