Although it makes ports – both red and white – the winemaking team at Quinta da Pedra Alta in the Douro Valley is saving its greatest enthusiasm for the new table wines it’s producing. Its philosophy is to make fresh, approachable, contemporary wines using indigenous varieties like Viosinho, Rabigato, Sousão and Gouveio. Winemaker João Pires takes Victor Smart through the wines who is suitably impressed.

Although it makes ports – both red and white – the winemaking team at Quinta da Pedra Alta in the Douro Valley is saving its greatest enthusiasm for the new table wines it’s producing. Its philosophy is to make fresh, approachable, contemporary wines using indigenous varieties like Viosinho, Rabigato, Sousão and Gouveio. Winemaker João Pires takes Victor Smart through the wines who is suitably impressed.

“I won’t drink a wine unless I can drink the bottle,” says Quinta da Pedra Alta winemaker João Pires.

Is the Douro Valley about port or table wines? The answer, of course, is both. But, for my money, there’s no doubt where the excitement lies… it’s with the table wines. This is the category where a new wave of winemakers is directing their energy, experimenting with new techniques, ignoring convention and, seemingly, having fun.

Typical of this new breed is João Pires, head winemaker at Quinta da Pedra Alta working alongside Matt Gant. The quinta is not an old and glorious name in Douro. In the doldrums for many years, the property was bought in 2018 by a British couple, Ed Woodward (former Man United big wig) and his wife. It’s not yet a trophy asset but they clearly hope it will become one.

The care, attention (and investment) recently lavished on the old estate is just beginning to show returns. We meet to savour their latest offerings in the new Oxeye restaurant a stone’s throw from the American Embassy in Nine Elms, South London. Cool and hip under chef Sven-Hanson Britt, the venue would not hold much appeal to the red-trouser brigade. But it does suit the challenger spirit of new winery perfectly. 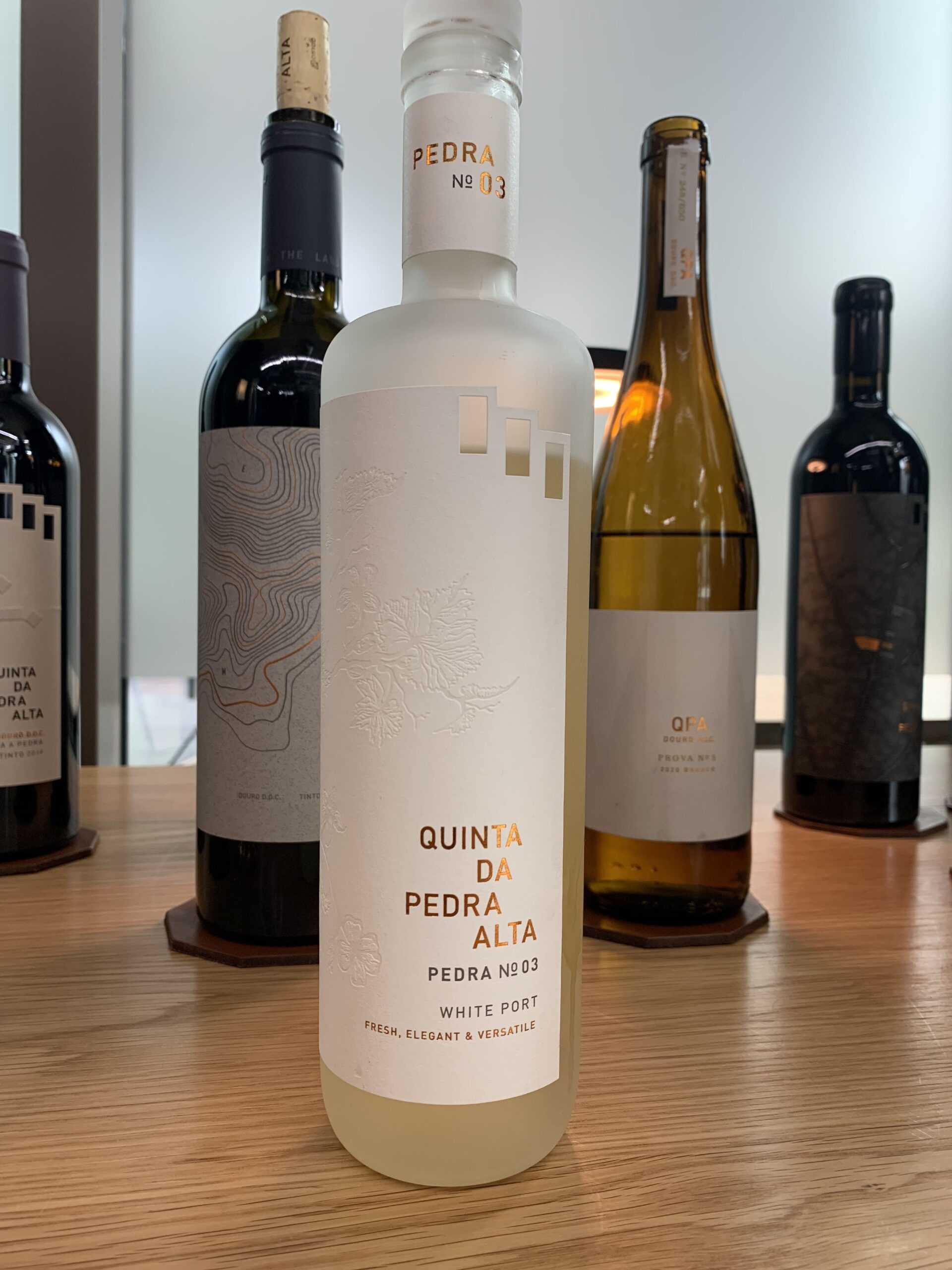 To be clear, the estate has not cast aside port. Indeed we are greeted with a refreshing spritz based on Pedra No. 3 white port (RRP £25 a bottle) and Jasmine Muyu liqueur. It’s a modern take on an old favourite with a strong umami savouriness. Later there’s to be a ten-year-old tawny (RRP £25) and an elegant vintage port 2018 (RPP £50).

But the firm’s team are at their most animated when talking about the new line-up of still wines. These are no longer the poor relation in the region. In fact, some Douro reds and whites have now earned the epithet “stunning” from top reviewers. And wineries like Quinta da Pedra Alta are able to try many different avenues to see which promises success. Its philosophy is to make fresh, approachable, contemporary wines. The result is a ten-strong core range of seven still wines plus additional test and experimental wines, including a highly approachable rosé.

The first thing to learn about Douro is the sheer wealth of different native grape varieties; a choice of different vine types being required to match the vineyard to a variety of different growing conditions. For example, Viosinho, grown mainly in the Douro Valley, is a top-quality aromatic Portuguese grape with ageing potential thanks to the balance of acidity and fruit.

Viosinho comprises 70 per cent of the first wine we taste: the Reserva Branco 2019. Grown on schist this white is hand-picked and spends nearly a year in French oak “puncheons”. Pires explains that the grape brings texture while the Rabigato varietal (18 per cent) brings acidity and the Gouveio (12 per cent) adds mid-palate weight. The lively acidity means this would go down brilliantly with fresh-caught sardines straight off the barbecue. 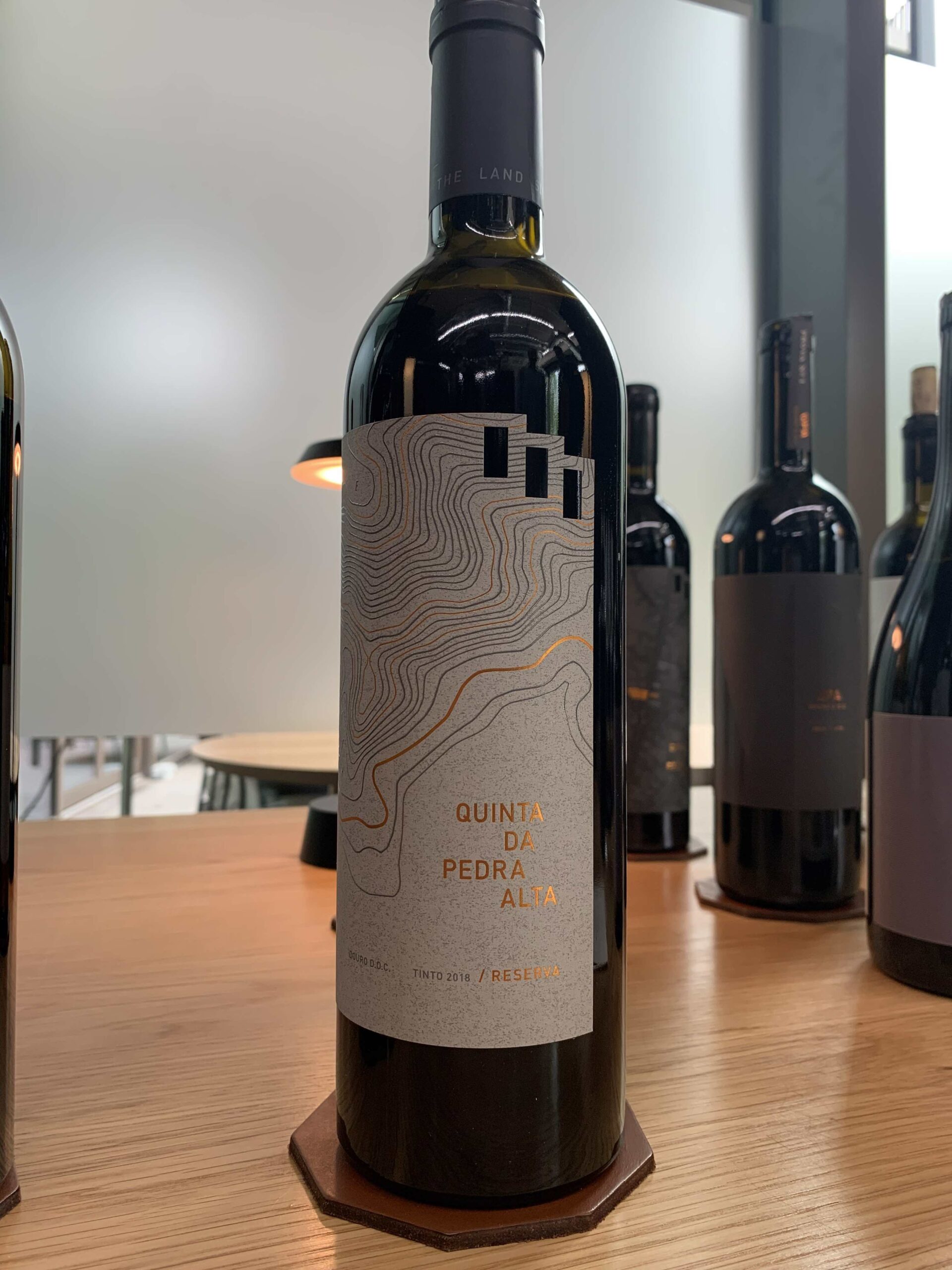 Then on to the reds. First is the Pedra a Pedra Tinto 2019. Using four grapes, Touriga Nacional (54 per cent), Touriga Franca (26 per cent), Tinta Barroca (18 per cent) and Sousão (2 per cent), this is rightly described as fruit-driven and structured (RPP £16). A big, near-miraculous step up is the Rio Tinto 2018 (RPP £45): 99 per cent Touriga Franca and 1 per cent Tinta Roriz, this is really rich, with vibrancy and spice. It spends 20 months in new French and old American barriques.

These Douro Valley wines are to be drunk rather than sniffed or spat. “I won’t drink a wine unless I can drink the bottle,” says Pires. What he means is not that he will drink to excess but that he wants to enjoy the drinking as well as the savouring of the wines’ finer points. Who could disagree.

How Churchill’s Estates is ushering in a new chapter

Ed Woodward swaps football for winemaking in the Douro Valley