“It is as if Gavi producers have been watching what has been happening with Prosecco and Pinot Grigio and doing the opposite – the Gavi Consorzio is not interested in massive expansion or world domination, more a consolidation and re-evaluation,” writes Dean.

If one of the key tenets of the Gavi World Tour 2022, which landed in London late June, was ‘quality over quantity’ then that was also true of the effect of the national rail strike that hit the same day. Somerset House was not mobbed with wine buyers for the Consorzio Tutela Del Gavi’s first ever London tasting but those who had made it were of fine pedigree and had the time and elbow room to taste and focus on the wonders of the Cortese grape.

It has taken 29 years since its inception for the Consorzio to hold a generic tasting in London and president Maurizio Montobbio explained that because 40% of Gavi’s production gets sold in the UK (its most important foreign market) this is evidence that, to date, producers have been doing a fine job individually in successfully promoting their wines on these shores.

The rationale behind synchronizing the region’s efforts now and holding a generic tasting is so that wine buyers are made aware of the whole picture – that Gavi is not just a light, easy drinking white wine, but that it can have complexity, minerality, salinity and age-worthiness. Other key messages on the day were relaying the great strides the region is making in terms of sustainability and organic/ biodynamic viticulture; and also promoting the region as a tourist destination.

While Gavi is undeniably the great white wine of Piedmont, one gets the sense of the region having an inferiority complex because the great reds of Northern Piedmont tend to get all the attention from wine buyers – think Piedmont and you naturally think of Barolo and Barbaresco not Gavi DOCG. The Consorzio is hoping to redress the balance, emphasising the region’s biodiversity, natural beauty, proximity to the sea (30km) and the benefits of being effectively sandwiched between the hearty cuisines of North Piedmont and the lighter, more maritime-focused cuisine of Liguria to the South.

The Consorzio’s strategy has always been to focus on quality over quantity. It has promoted clonal selection of the best Cortese biotypes, carried out ampelographic identification and satellite geolocation of its vineyards, produced thematic maps, initiated an indigenous yeast programme, reduced yields and, most recently, inaugurated an environmental bio-monitoring project using bee pollen to certify the use of sustainable vineyard treatment.

Viticultural expansion in the region is limited to just 1% a year, and the focus of the Gavi World Tour events is to educate the on-trade about these initiatives, ensuring that buyers understand more about what the wine has to offer and to create a halo effect ‘downstream’. It is as if Gavi producers have been watching what has been happening with Prosecco and Pinot Grigio (which they have) and doing the opposite – the Gavi Consorzio is not interested in massive expansion or world domination, more a consolidation and re-evaluation.

“50 million bottles of Gavi seems a lot,” Montobbio says, “but it is not that large. However we do not want to increase sales so much as focus on producing better wines and adding value.”

How the Gavi DOCG wines age 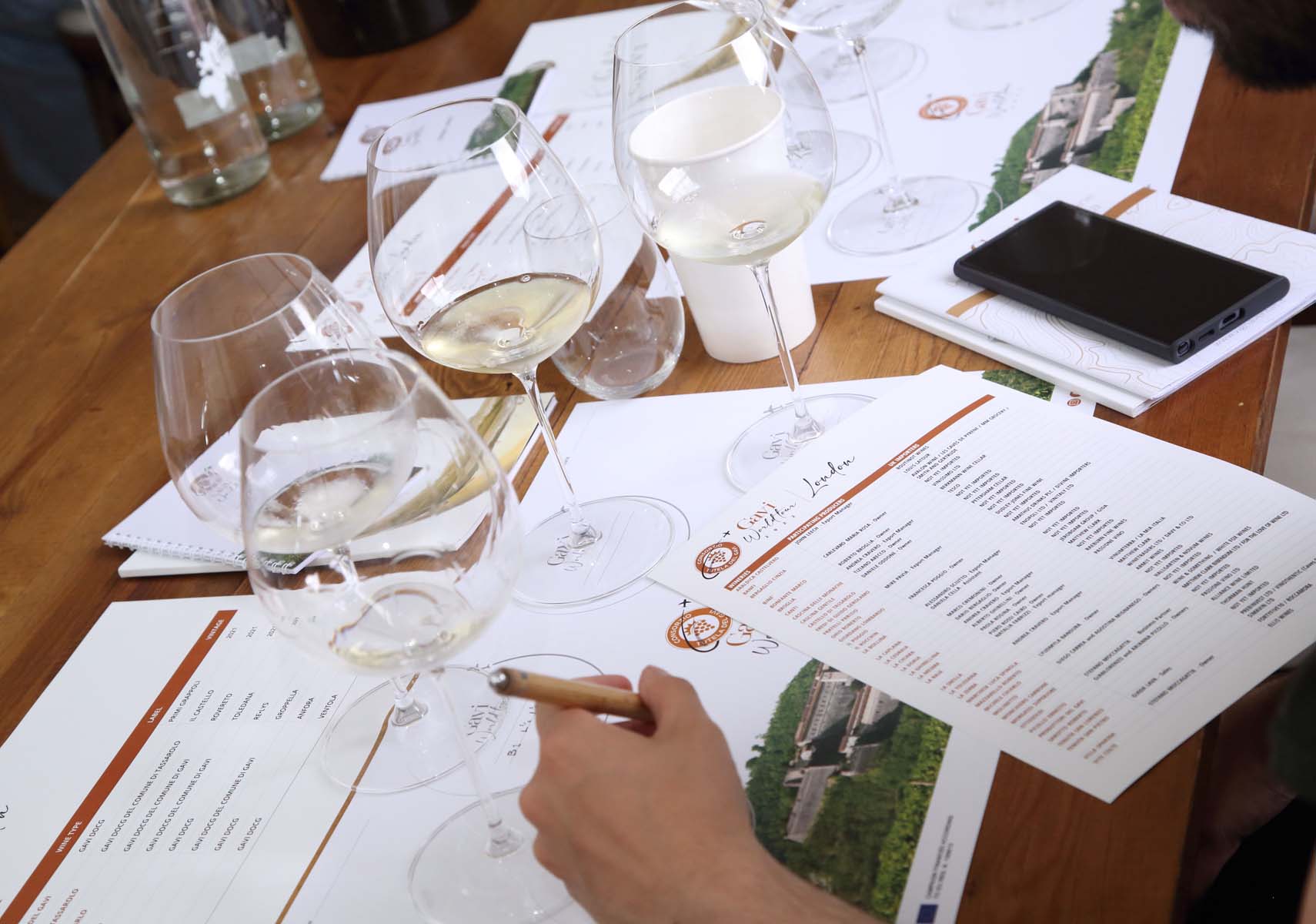 Gavi’s relationship with the other great white wines of Italy was put into relief by Stefano Moccagatta in a revelatory masterclass devoted to looking at how Gavi wines can age. Moccagatta, who was showing two of his distinctive wines in the masterclass, explained that when he and his siblings started producing a different style of Gavi in the 1990s at the family estate, Villa Sparina, it was because he had a vision that Cortese could producer richer-style wines that had more complexity and an ability to age.

The motivation was also driven by the success of other Italian white wines on the international stage – ones that had more breadth and ageability. Moccagatta confessed he initially chapitalised the wine to get this effect, the critics adored the wines, lauded them with high scores and sales went through the roof, but in just three years the wines were dead. The second error he made was to carry out a very late harvest – the problem here was that the terroir disappeared in the wine.

Moccagatta then explained that they went back to basics and focused on the intrinsic qualities of the Cortese grape – high acidity, salinity and complexity – and he was more hands-off with the winemaking, allowing the grape’s transparency to reflect terroir… and stopped adding sugar and picking it late.

“We learnt from our mistakes” he said with a grin, “to do a good job you need to make many mistakes.” 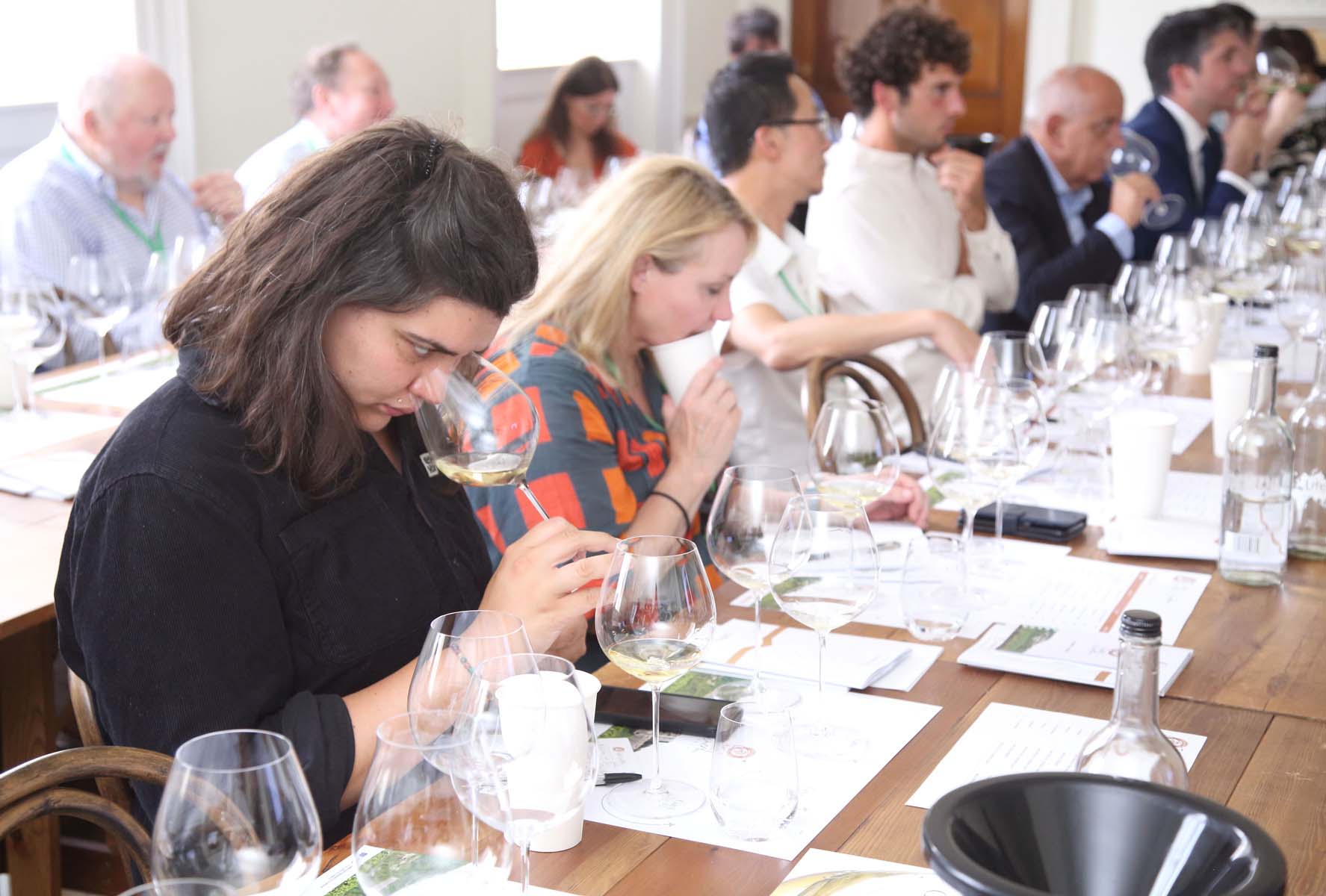 The way that Villa Sparina’s wines age, particularly a spectacular Monterotondo from 2011 was a complete revelation, as were the other seven wines we tasted in this masterclass led by Walter Speller, the Italian editor of Jancisrobinson.com. In all we tasted eight wines from 2011-19 (excepting 2017) and each showed that if you keep these wines cellared they become more complex and layered.

“It’s a little-known fact that Gavi can age,” Speller began, “with its many layers it shows there is far more to this wine than meets the eye. The region is small with 1600 hectares but there are lots of different soils that reveals Cortese’s hidden depths, transparency, minerality and ageability. Gavi is not a light white wine but one with density and length.”

Speller pointed out that because Gavi DOCG has to be 100% Cortese, and winemakers use largely the same techniques, it is a fascinating grape to both reflect the regions’s three main soil types – red soil, white soil and mixed – and to reflect vintage variation.

“When Gavi ages there’s not much oxidation, it doesn’t do that, and it doesn’t just get old but more complex – the fruit steps back and the minerality comes to the fore – it becomes a canvas on which the terroir comes out – there’s far more happening which is a sign of the grape’s nobility.”

Speller compared Cortese to Riesling in that both have high acidity and can develop petrol notes. Other characteristics of the wines as they age is that they can develop a waxiness, and have notes of acacia honey, lemon curd and candied fruit which come to the fore, and a distinct minerality appears on the palate – you get real depth of fruit without being sweet. Food pairings can also become more complex – from cured meats, to red meats, ragu sauce and blue and well-aged cheese.

While 99% of Gavi production is of the ‘tranquillo’ (still) style, producers are increasingly using agronomic and cellar techniques to allow the wines to age more. All Riserva wines are built for ageing with at least a year of ageing, of which six months are spent in the bottle. Yields for tranquillo Gavi is 66 hectolitres per hectare, for Riserva styles the maximum yield is 45 hectolitres per hectare. Interestingly, of all the eight wines that displayed wonderful aged characteristics in the masterclass only three were Riservas, proving that the tranquillo wines can age equally well.

“Another thing,” Speller says “is that you can buy Gavi scandalously cheap with age. If you visit the region by car you will be filling it with wine I guarantee you.”