Gunma Sake: first impressions of the wonderful world of sake

Sake is not just a drink, it’s a world all of its own. For wine and spirits lovers, especially in recent years as exports have increased, it is providing another frontier of production techniques, styles, history, and culture for us to all to “geek out on” whilst enjoying a truly iconic set of products. We sent sake newbie, Mike Turner, to a recent Gunma Sake event in London to find out for himself.

Sake is not just a drink, it’s a world all of its own. For wine and spirits lovers, especially in recent years as exports have increased, it is providing another frontier of production techniques, styles, history, and culture for us to all to “geek out on” whilst enjoying a truly iconic set of products. We sent sake newbie, Mike Turner, to a recent Gunma Sake event in London to find out for himself.

“The expertise, culture, history, and regionality of the breweries, as championed by the Gunma Craft Sake collective, are huge selling points for today’s drinkers, both in Japan and abroad,” writes Turner.

I’ve been stressing about writing this piece for a few weeks. I’m not suggesting that I don’t usually worry about making sure I submit pieces I’m proud of, but with most of my recent pieces I’ve felt at least comfortable with the subject matter and felt like I’m not going to make a complete fool of myself, no matter what I write. It took less than five minutes of sitting in a presentation of sake from the Gunma prefecture to realise I was out of my depth.

Don’t get me wrong, I loved the masterclass. Led by the wonderful Sarah Abbott MW and sake expert Christine Parkinson, the talk went through a selection of sake from across Gunma, a landlocked region in the centre of the main Japanese island of Honshu. They talked up the regional differences, what makes Gunma so special, and also talked through the different sake styles we had on show. I’m not ashamed to admit I understood very little but am very happy to admit that by the end of the session I still felt bitten by the sake bug.

The enthusiasm of both Abbott and Parkinson, as well as the passion and pride of the producers that beamed in over video from their breweries to talk to us all, was reminiscent of my first experiences in wine. I was a barely reformed ‘Snakebite and Black’ lover that was turned onto the joy of wine by spending time with winemakers in vineyards and being fascinated with every little detail. I had to find out more. The same was happening to me now with sake…except the Snakebite bit, I’ve not had a pint of that for a long while I promise! 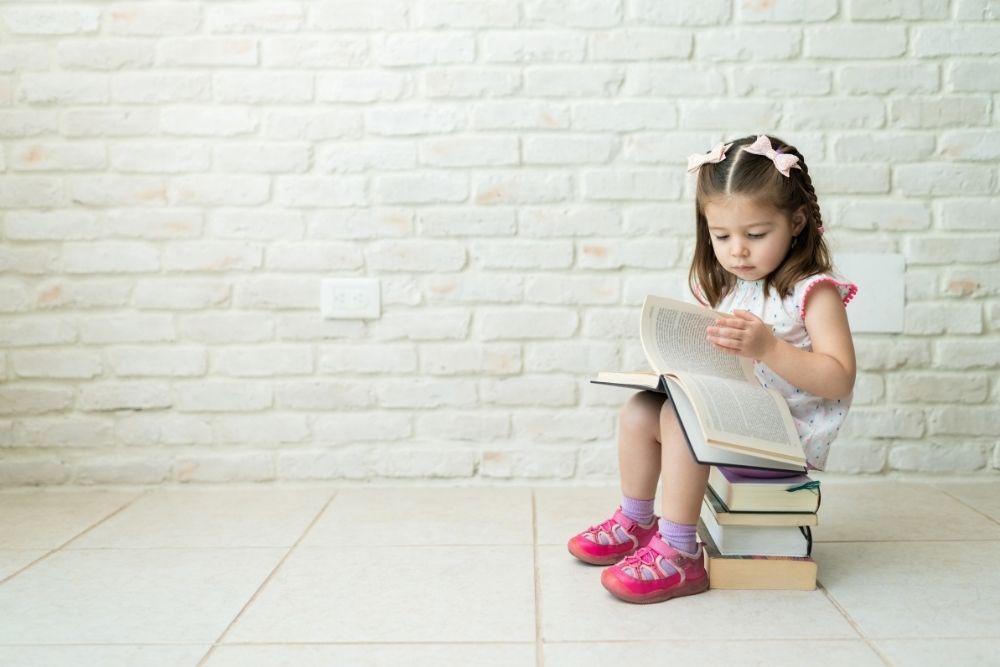 Getting up to speed

Before I attempted to write up the masterclass, however, I knew I had to familiarise myself with the terminology. There is growing sake knowledge now in the UK and across the globe, thanks in a large part to the WSET and its sake courses, with an introductory Level 1 course and a more expert Level 3. What happened to Level 2? I don’t know, but I’ll let someone explain that to me some other time. Point being was that to write this up I felt like I needed at least a base knowledge of what happens in the sake world, but knew I didn’t have time to get down to one of the WSET courses.

I was very lucky in the lunch that followed the presentation that I was able to spend time with a triumvirate of sake educators. To my left was Marie Cheong-Thong, a wine, spirits, and sake judge/educator, and also chair of the British Sake Association. To my right was Tony Yip, who has founded his own sake school and splits his time between London and Paris spreading the good word. Opposite me was Sarah Stewart, also an educator and events officer at the British Sake Council. All three teach the WSET courses, were very gracious and supportive of my situation, and all three enthusiastically encouraged me to sign up for the courses. I promised to, and will, but I needed knowledge fast!

I was pointed towards two different resources that have been hugely helpful in opening up sake for me. Firstly, I read (and re-read) John Gauntner’s excellent Sake Handbook. It’s a deep dive into the production, storage, and service of sake. It’s not a light read, but builds up from an assumed knowledge base of nothing to…well…if not expert, definitely “I sort of know what I’m on about now”! It’s pretty full-on, with a plethora of phraseology coming out of every page, hence the re-read, but I was able to go back over my notes and the tasting booklet from the masterclass with fresh, slightly educated eyes, and understood the talking points from the morning. It felt like a big first step.

The other resource I received was a guide that was put together by UK-based sake consultant Natsuki Kikuya. Kikuya is formerly head sake sommelier at ROKA, developer of the WSET Level 3 in Sake, and in 2013 launched the Museum of Sake; an agency that provides education and promotes sake around the world. She’s also a designated Sake Samurai, bestowed by the Japanese government for services to its national drink. What a great title! The guide she wrote was for Bibendum and its customers as a ten-page quick reference guide to sake terms including production, styles, food pairings, and even cocktail recipes. After I’d done the deep dive with the handbook, the reference guide was great. I’m glad I read the full Handbook first as, although the guide is very good, the 150 pages or so of the h andbook can obviously go into much deeper detail so that then the reference guides can take over as reminders and prompts. 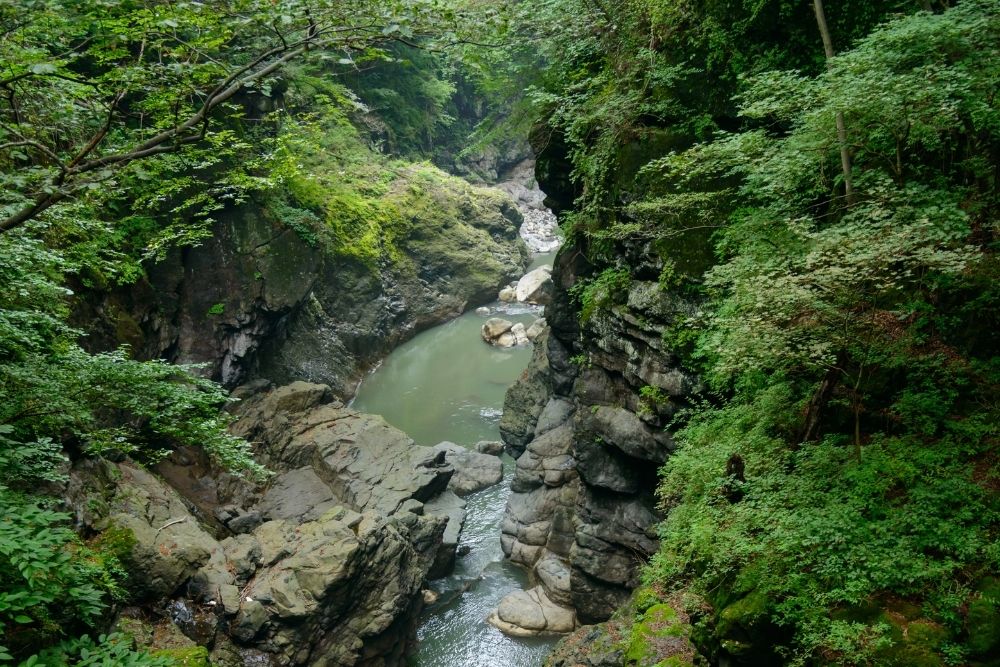 At some point I probably need to start talking about sake, right? And the sake from Gunma especially. Well, as mentioned earlier Gunma is a landlocked region in the centre of the main Japanese island of Honshu. It’s renowned as one of the beauty spots of Japan, with unspoiled landscapes, snowy mountains, and pure waterways. It’s also home to a collective of small but distinct sake breweries. The breweries each have their own take on production techniques and final styles of the sake produced, which led to a fabulous and varied tasting, even for a complete novice like me. But they have come together as the Gunma Craft Sake marketing collective to promote Tone Numata, a new designation of ‘terroir sake’ with breweries only using local produce including local rice, local water, and indigenous yeast.

We enjoyed 12 very distinct and enjoyable sakes throughout the masterclass. They were made in a range of styles, from bone dry to sweeter dessert sakes, but all had a complex mix of fruit, savoury, and umami flavours, leaving a drinks geek like myself spending a lot of time with my nose deep in the successive glasses.

I had my favourites of course. Funnily enough it was the very first sake of the tasting that appealed the most, possible because of its wine-related backstory. This was the Mizubasho label from the Nagai Sake brewery. It was an Awasake, a sparkling sake made in the traditional method of secondary fermentation in the bottle. Only launched in 2008, Nagai Sake were the first brewery to try this with sake following a fact-finding mission to Champagne. The lightness of this drink was a complete delight, with a great balance of acidity and sweetness. Slightly cloudy in the glass and bursting with stone fruit, citrus fruit, white flowers and almond, it was a great aperitif style of sake that’s well worth tracking down.

Tracking down these particular sakes themselves, however, will prove difficult. They were very upfront that exports are in their infancy and most of these producers are looking for distributors, which hopefully they will find. The idea of terroir-driven sake will surely appeal to the changing drinking culture in both Japan and further afield. Premiumisation and the mantra of “drink less, drink better” continues to develop in the wine and spirits industries to achieve the goal of economic sustainability, and it appears sake is no different. The expertise, culture, history, and regionality of the breweries, as championed by the Gunma Craft Sake collective, are huge selling points for today’s drinkers, both in Japan and abroad.

It definitely worked on me.

Mike was a guest of the Gunma Craft Sake collective, who are supported by JETRO Gunma. For more information about Gunma Sake and the sake that is currently available in the UK, please contact Sarah Abbott MW at the Swirl Wine Group or Aoi Kuze at JETRO London.

For more information on studying for the WSET in Sake please contact Marie Cheong-Thong at the British Sake Association.

Mike is a freelance wine writer, presenter, educator, and judge and regular contributing writer for The Buyer. He also runs a wine events and e-commerce business, Feel Good Grapes, from his base in the East Midlands.