Alex Brogan on Not Named Wine Co and community winemaking

Winemakers are faced with making 100s of decisions every month about what they should be doing in the vineyard, with their vines and in the cellars. But how many would be brave enough to give the power for making those decisions over to their potential customers? Well that’s the exact concept behind the Not Named Wine Co and a new form of community winemaking which allows people to sign up to become members and then work with the winemakers to decide what wines to make. Co-founder Alex Brogan explains how it all works.

Winemakers are faced with making 100s of decisions every month about what they should be doing in the vineyard, with their vines and in the cellars. But how many would be brave enough to give the power for making those decisions over to their potential customers? Well that’s the exact concept behind the Not Named Wine Co and a new form of community winemaking which allows people to sign up to become members and then work with the winemakers to decide what wines to make. Co-founder Alex Brogan explains how it all works.

Alex Brogan and Manuel Cerdeira are making full use of their winemaking course at Plumpton College to start up their own wine business – the Not Named Wine Co – based on community winemaking.

Tell us about yourself and how you got into wine?

I followed the well-trodden path of joining Majestic after university and worked there for two and a half years and got the bug. Which meant I wanted to drink nicer stuff than a Majestic salary allowed so I went into FS Consulting with PwC for the next eight years but was always itching to get back.

In 2018 I took a year out which included doing two harvests, one in Bordeaux and another in Chile and loved it. In 2019 and 2020 I bought some grapes from Italy and made ‘bathtub’ wine. All of which convinced me that I should give making wine a proper go.  Then by 2021, I’d saved up enough to go to Plumpton College.

How have you found the Plumpton College winemaking course so far – any surprises or challenges to overcome?

I’ve loved every minute. Studying for something when you are solely fixed on learning (rather than just trying to get the grades as has always been the case for me previously) is so liberating. Science has definitely been the most difficult part, simply because I gave that up as soon as I could after GCSEs.

In terms of Plumpton overall though, the value is certainly in two things:

Tell us about this new business concept you have – Not Yet Named Wine Co. How does it work? 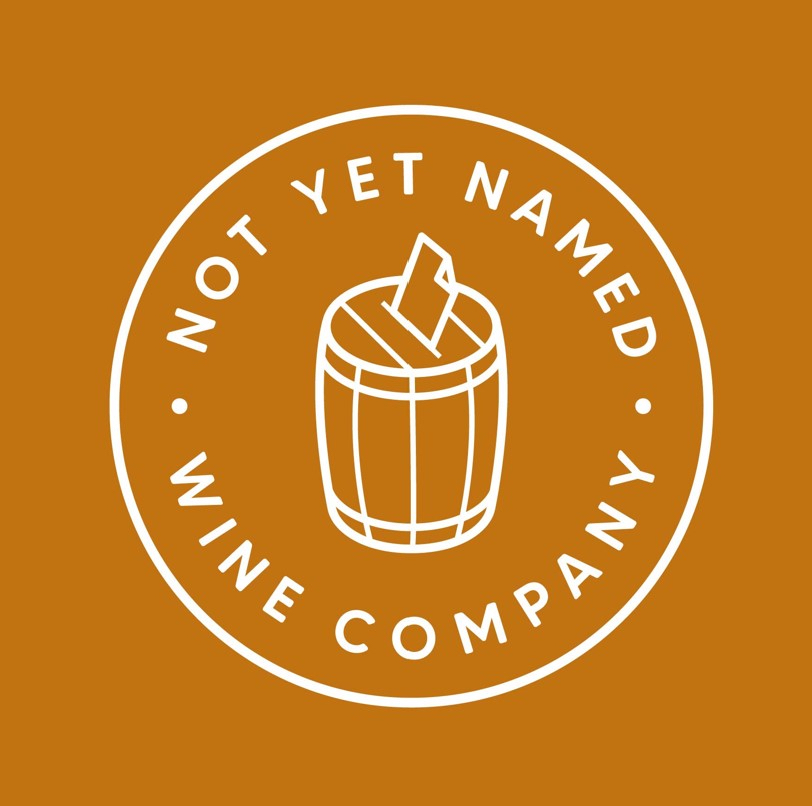 There are five key stages to it.

Firstly customers buy a case of wine and that allows them to get one vote in the process of making a wine.

Then, secondly, for every stylistic decision we have to make, we give the customers two to four options we could take. But all in the knowledge that whatever decision the customers make we can still make good wine and a wine we want to drink and sell.

We send an email to members with a headline explanation and a button to click on to vote, with some light hearted updates on what we’ve done. We answer some of the members questions and publish their jokes (they like to send me jokes) and then there is an often very long section on the technical scientific reasoning behind what’s happening.

I see these emails as being 50% of the product, with the other half being the wine, itself.

Then, thirdly, whichever option wins the vote, gets implemented by us. It’s usually decided by the majority, but for the fermentation vessel we followed the voting split and put 50% in stainless steel, 25% in French Oak and 25% in Chestnut. We’ve had 13 votes so far. See diagram below for each one and the options

Fourthly we let members make suggestions for some votes that we narrow down to shortlists. Particularly for some of the bigger business decisions like the name of the wine, label design etc. We’re even hoping to get people over to Soalheiro in February to blend what we have and then the best three members’ blends go to the vote!

Then finally we plan to deliver the wine in May, or, perhaps more likely, organise a ‘collection’ party

How did you come up with the idea?

I was just looking at ideas for making my own wine, rather than just be a cellar hand or assistant so needed a proposition I could take to a winery that was risk-free for them. I had thought about making a wine for a single person but the people who could afford that probably would not want 300 bottles of experimental wine.

The concept is risk-free for wineries because we have the cash upfront to buy grapes and rent equipment immediately, we know exactly how bottles to produce so there’s never any ‘excess’ stock to sell and the winery gets all-year-round PR from us to our members.

Have you seen similar concepts elsewhere or in other sectors?

It’s not too dissimilar to buying your own vines and getting some bottles at the end which a few people do, but that doesn’t really touch on the winemaking. I’ve also heard of private clients buying a barrel and being involved in the winemaking decisions, but that was in the US at something like $100k.

Where are you looking to make the wine?

We did our first vintage with Quinta de Soalheiro in Portugal and now we will go to Colchagua in March with La Despensa, but the long term vision is to travel from region to region to places that are sufficiently different to the last so that the experience is different each time. Having said that, returning to Soalheiro would also be interesting so people could try to improve on the previous wine.

How do you decide with producers to work with? What criteria do you use?

Soalheiro and La Despensa were based on personal connections, but in the future, we will look for producers who are interested in raising a presence in London as that’s where our customers mostly are.

As people are buying almost pre-en primeur I’d lean towards earlier drinking styles – it’s currently quite hard to sell when we don’t have any bottles to show and the concept of buying now and having to wait a few years is hard for most.

You say people have a role in the decisions you make, what sort of options do you give them?

Any decision that risks producing a ‘clean’ wine is taken by us (e.g. SO2), especially for the first vintage as a faulty wine would have been suicide for us. It’s not that we would always do that, it’s just I’d rather have more experience before we give those sorts of options to our customers. Similarly anything unforeseen that needs to be decided immediately is taken by us, although that hasn’t happened yet.

But as we control the options, we are never unhappy with any decisions the members take. The decisions that directly impact style are the most common, as everyone can get involved.

Is that not a risk in terms of  the quality and the wines you are able to make?

It’s definitely a risk, or at least presents a ceiling limit on the quality. We try to control it with the options and mitigate it with the experience. From what the gang at Soalheiro tell me and how it tastes to me, this one will be excellent, but I’m aware that won’t always be the case. The intention is to provide so much entertainment and education that even in ‘bad’ vintages we still provide value for money. I’m not sure other winemakers have that insurance policy.

Is it just yourself or others involved?

It’s me and Manuel Cerdeira – he is studying with me at Plumpton and his family owns Soalheiro, that’s why we went for them first.

How many members are you hoping to sign up?

We’ve sold 90 cases of six for Soalheiro, which is the minimum really. We want to work multiples of pallets (i.e. 600 bottles)  for ease of shipping etc.

How are you promoting and marketing your business?

This is where we need more help. I do the usual Instagram stuff, we do tastings at various place in London. I also work at The Sampler in Islington. Anything that’s free really. We also have a referral scheme, where newspapers, magazines or wine merchants can refer people and get a kick back of £15 off for the purchaser and £15 to the referee, but the split is decided by them. We can’t really go below £150 per case.

Anything else to say?

We also have developed a little bit of a community with members who help us out with some aspects of the business where we’re lacking and they have expertise. For example, our logo options were designed by a member, our accountant is a member, the visit in February is being organised by a member and I have website designer who helps me out with lots of things. We also have a couple of people who want to get into wine writing too.

What are your wider ambitions as a winemaker?

I had always dreamed of having an urban winery in London because I love living here, but I really want this concept to work and be my thing for as long as possible.

Ed Woodward swaps football for winemaking in the Douro Valley

Rewind: How Cavit transforms winemaking with an app