The key challenge – and opportunity – for any leading wine importer and agency business is to ensure the range of producers it is working with are relevant for the needs and demands of their customers. It’s why Louis Latour Agencies has been able to build its impressive portfolio of producers from around the world. Here managing director, Will Oatley, gives an update on the company’s performance and why he is so pleased to welcome two premium Provence producers –  Chateau des Demoiselles and Chateau Sainte-Roseline – to its growing stable.

The key challenge – and opportunity – for any leading wine importer and agency business is to ensure the range of producers it is working with are relevant for the needs and demands of their customers. It’s why Louis Latour Agencies has been able to build its impressive portfolio of producers from around the world. Here managing director, Will Oatley, gives an update on the company’s performance and why he is so pleased to welcome two premium Provence producers –  Chateau des Demoiselles and Chateau Sainte-Roseline – to its growing stable.

Louis Latour Agencies has been looking to work with a quality Provence producer for some time. Here’s how it has been able to recruit two at the same time…

Identifying and then successfully filling gaps in your range is what makes one wine importer stand out over another. The trick is knowing what those gaps are, then how you go about filling them.

For premium wine importers like Louis Latour Agencies that see the fact they are a specialist distributor as one of their key points of difference, versus the composite operators, it means being doubly cautious about taking on any new producer.

The key is knowing when to strike and grasp an opportunity when they come up, says managing director Will Oatley.

That is exactly what happened when the chance came to talk to a leading Provence producer, thanks to an introduction from Louis-Fabrice Latour, head of its parent company, Maison Louis Latour.

“We have been looking for a Provence partner for quite some time,” says Oatley, “and were keen to identify someone we could work with.”

Now they have two Provence producers to work with: Chateau Sainte-Roseline and Chateau des Demoiselles, both owned by Aurélie Bertin-Teillaud, who has succeeded her father in managing the estates.

They both ticks all the right boxes, he adds.

Chateau Sainte-Roseline, which dates back to the 12th century, has a strong reputation for producing quality white, red and rosé wines, and is crucially one of the 18 remaining Cru Classé estates in Provence and the only one in Les Arcs-sur-Argens.

Situated about half an hour from Saint Tropez in the Côtes de Provence appellation, it is an estate with 110 hectares of its own vineyards and the scale to grow. A producer that is looking to work to the highest socially equitable and environmental standards, received HV3 certification in 2019 and is set to release its first certified organic wines with the 2022 vintage.

“It hopes to be fully organic in 2022,” says Oatley of a winery that has recently received publicity for being the producer behind Kylie Minogue’s hugely successful rosé wine. All the wines that Louis Latour Agencies will be working with will be its separate estate wines, he stresses.

Château des Demoiselles is in the Esclans Valley which is also in the Côtes de Provence appellation. The property sits within 300 hectares, of which 72 are under vine, including plantings of Rolle, Syrah, Grenache and Cinsault which help make its range of premium red, white and rosé wines.

It also operates to the highest sustainable credentials, and the overall estate is within a Natura 2000 reserve that protects insects, animals and has a rich biodiversity. It was also awarded HV3 certification in 2019 and also expects to produce its first certified organic wines in the 2022 vintage.

“The is a fantastic opportunity for us,” says Oatley and finally the chance for Louis Latour Agencies to play its part in the phenomenon that is the Provence category. Particularly the speed at which it has turned what was in 2010 a successful French wine story, with domestic sales accounting for 93% of the 1.1 million hectolitres of wine produced.

It is still producing the same volume of wine, says Oatley, but exports now account for 42% of production, 61m bottles in 2021.

“In the last five years it has seen a 64% increase in volume and 100% value growth in its exports,” says Oatley.

He now hopes Louis Latour Agencies can enjoy its fair share of the 21% of Provence wines that currently come to the UK. “The growth of Provence rosé is not slowing down. It is phenomenal. Which is why we are so pleased to be now in the category,” he says.

Wines that are scoring 97 points in their own rights by the major wine critics, he says.

“I think we are going to see far more interest in red and white wines from Provence in the coming years, particularly when sommeliers start to discover them. It is such clean winemaking with a wonderful aromatic and delicious style. Although they are only a tiny percentage of the overall production, which is a shame.”

Oatley says he is looking forward to doing comparative tastings with sommeliers and independent wine merchants so that they can taste and see the quality in the red and white wines for themselves.

“The reds are opulent and rich, and have almost a New World style to them. They are multi-textured and savoury.”

“I am really looking forward to getting our guys down to Provence in the autumn so they can see how they share all the same values of our other producers. They are family owned, organic, and serious about sustainability. They are also quality over quantity and need to be seen in the right accounts.”

The Provence estates are the first producers to join the company since it took on iconic Tuscan producer, Castello Banfi in 2018 – the first non-French European producer in its portfolio.

“Banfi has had a great impact on the business and is really performing well,” says Oatley. “It has opened the door to so many more customers, and Italian specialist restaurants right across the country.”

It also reflects just how well the business overall has performed in recent years, and Oatley says the decision to develop a clearer channel management strategy – including bringing in Mark Juggins as its first dedicated national account manager – has really paid off. All of which came together in 2021 with what was a bumper year for the business, says Oatley.

“The appetite for Latour Premier and Grand Cru has been off the scale – it’s been double what we would normally expect. I think it was a combination of people having more disposable income, and looking for quality over quantity in lockdown. We are now selling the 2020 vintage as the old stocks have been run down. The global demand has also been extraordinary.”

He say there are clearly going to be allocation and distribution issues for the vintages ahead as Corton-Charlemagne lost 80% of is 2021 vintage to frost. “There are two barrels versus the usual 10, so it is going to be a bitter pill to swallow,” he says.

The business is also different post and pre-pandemic, he says. “We are much more online now than we ever were,” he explains.

Louis Latour Agencies is now working closely with the likes of Ocado and Amazon and has seen a strong performance with Majestic online as well.

As for more producers coming on board Oatley says it remains “cautious” about expanding too far. Particularly if it is to keep to its philosophy of working with family producers with strong sustainable credentials.

He has, though, in his time in the Louis Latour Agencies’ hot seat seen the arrival of Champagne Gosset, Frapin, Castello Banfi and now its two Provence producers.

“We are expanding, but it is cautious expansion,” he stresses. “We have, though, a phenomenal team across the business who have performed so well throughout lockdown and continuing to do so now. We are lucky to have such a portfolio of world class agencies, around half of which are from the Old World and half from the New World.”

Outside of France the business can now boast a roster of high level premium producers from around the world including: Banfi in Italy, in Australia McHenry Hohnen, Rocky Road and Wakefield; Smith & Sheth and Pyramid Valley in New Zealand; Isonto and Morgenhof in South Africa; and Viu Manent in Chile.

He is also quick to point to the huge influence, strength and support it receives from the main Louis Latour team in France. The fact its overall business is doing well, with exports now into 150 markets around the world, can only reflect well on the UK business too.

“It is ideally placed around the world and it is so important for us to have such a strong, stable parent company behind us,” he says.

As to the future Oatley says it is very much focused on building on the strengths it already has, particularly with regional wholesalers into the on-trade and independent wine merchants and how it can continue to grow its retail sales channels with the grocers and online players.

He is also excited about the opportunity there is in spirits. Frapin, he says, has been “flying out” and there is such a demand and interest in premium spirits. It’s definitely an area of growth for the business and even has plans to introduce a breakthrough spirit brand that brings the worlds of wine and premium spirits together. But more of that later in the year, he says.

The business is also having to operate with considerable head winds, cost increases and supply chain issues and how it then manages those rises through its own pricing and drinks lists. But Oatley knows he is not alone there.

The key, he says, is the fundamentals that are driving the Louis Latour Agencies business forward has given it such a strong platform on which to build growth for all its producers and their customers. And now it – finally – has chance to play in the Provence market too.

The wines that Louis Latour Agencies has taken on from its two new Provence producers are: 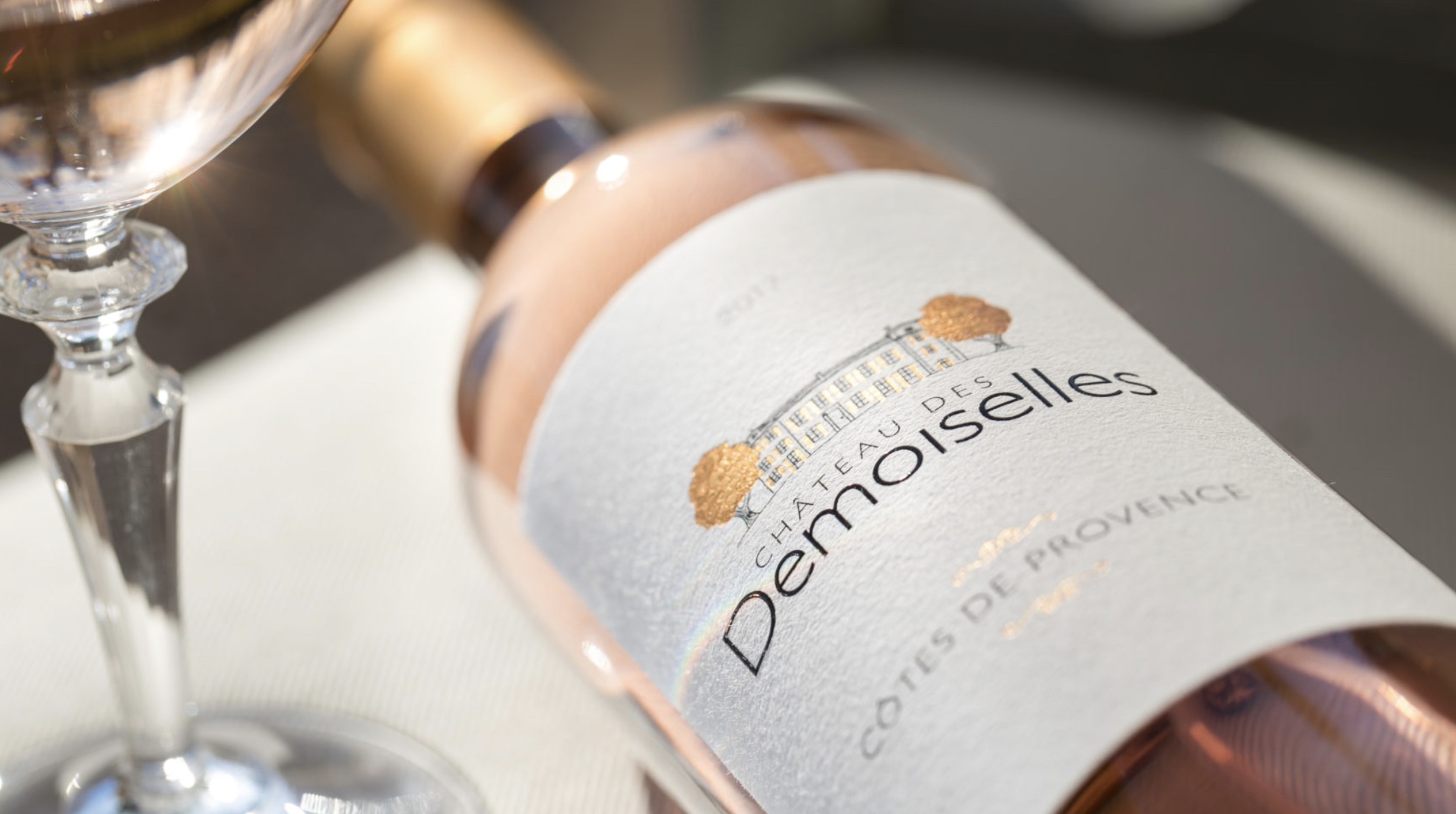