If the majority of wine in cans are so-called party wines, then people who want to drink wine instead of party wine will never buy cans, even if there are cans out there with great wine in them.

Unless you’ve had your head buried in the sand for the last few years, you’ll have noticed that canned wine is now most definitely a thing.

Let’s have it right, it’s not yet a BIG thing. In the US, where the canned wine revolution is picking up pace faster than elsewhere, the market for wine in cans hit what looks like a whopping $71m[1] in 2019. Against a backdrop of a $61.8bn[2] total wine market it looks a bit less so. But that’s not the whole story, it’s a fledgling market still, and every industry expert under the sun expects that figure to rise exponentially as Gen Z drinkers see the upsides to switching to drinking wine in cans.

Those benefits are fairly straightforward and they’ve been all over the press for many months now, so I won’t bore you with repeating them for too long. Cans are less breakable than glass (which for someone who walks dogs everyday is brilliant!), they’re easy to transport, they’re easier to open, you can make them in different sizes, and then of course there’s my favourite angle, the eco benefits. Strap yourselves in people, Mike’s off on one again!

Not really, I’ll be quick this time I promise. The carbon footprint of making an aluminium can from scratch (well….Bauxite anyway) is roughly the same as making a glass bottle, around 1200-1300g equivalent of CO2. OK, so far who cares, right? Well it’s the recycling where aluminium cans really become the clear winner. According to Recycle Now, 76% of aluminium cans are recycled in the UK (50% for glass), they can be recycled ad infinitum, and recycled cans require just 5% of the energy that it takes to produce a new one. You can also pack them better, saving energy and materials on external packaging and logistics.

It’s all looking marvellous isn’t it? Cans are the future, case closed, let’s move on!

Well of course it isn’t. Why? Because someone needs to want to buy it. No producer is going to put their wine in cans if there is no market for it. And as we all know, the average wine drinker is notoriously single-minded in their desire for the glass bottle. We may well laud the rise in the sales of Bag in Box wines over lockdown, thanks in no small part to the efforts of companies like BIB Wine and When In Rome premiumising the wines you can get in bag-in-box, but it’s still a painfully small percentage of the overall wine market.

A lot of that, if not the vast majority of that, comes down to consumer perception. “I drank a bag in the box wine in 1993 and it was terrible. I’m not going back.” OK, I made that quote up, but you get the point and I hear similar things at plenty of wine tastings when the subject of packaging comes up. When I ask if anyone would drink wines out of a can they shoot it down without even having even the courtesy of trying it. The expectation is that it will be cheap and nasty, and not a ‘wine experience’. 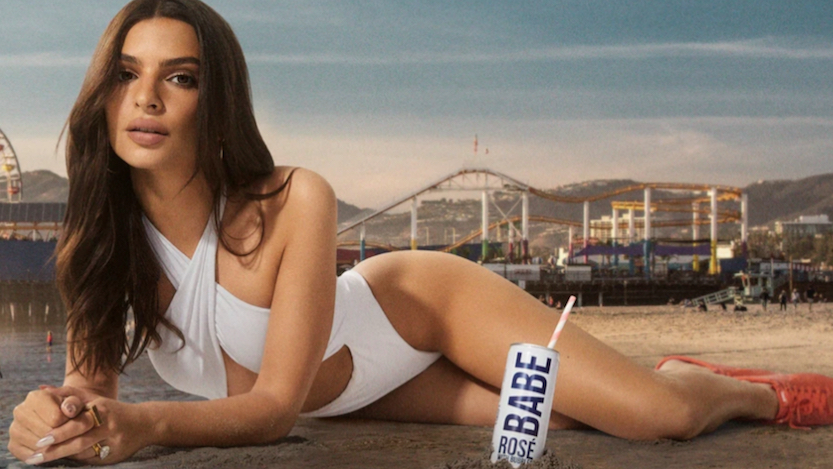 So when I read the news recently that AB InBev has released the BABE canned wine into the UK market, my heart sank a little bit. That sounds really harsh. It’s not because BABE exists, and it’s not that I begrudge the fine people at AB InBev to go for a share in that particular “party wine in a can” market segment. I’ve tried the Nice rosé, a UK company in the same market segment, that’s dotted across supermarkets now and it’s…well…nice, very drinkable. It’s more that if the majority of wines in cans are so-called party wines, then people who want to drink wine instead of party wine will never buy cans, even if there are cans out there with great wine in them.

So there you go, until we get a decent selection of premium wines in a can, like as in the States, I think there will always be a ceiling for the market. But thankfully, the slow start of the change is happening thanks to some great UK-based companies and importers.

UK-based wine-canning companies such as The Canned Wine Company are setting their sites high. They ship over premium quality single varietals to can at UK canning facilities. The wines they choose are purposefully fruit forward to suit consumption from either the can or a glass. This paid off as they scooped gold medals for their wines in the 2020 Canned Wine Competition, now in it’s second year.

Another neat innovation is that they use the adaptability of the can’s design to explain the wine rather than the producer, a master stroke from the design team at Amphora Design. Their current aim is, of course, the upmarket festival crowd and pop-up drive-in movies, but the team of Simon Rollings and Ben Franks believe there’s nothing to stop this spreading across the on trade, especially in these socially distanced times. 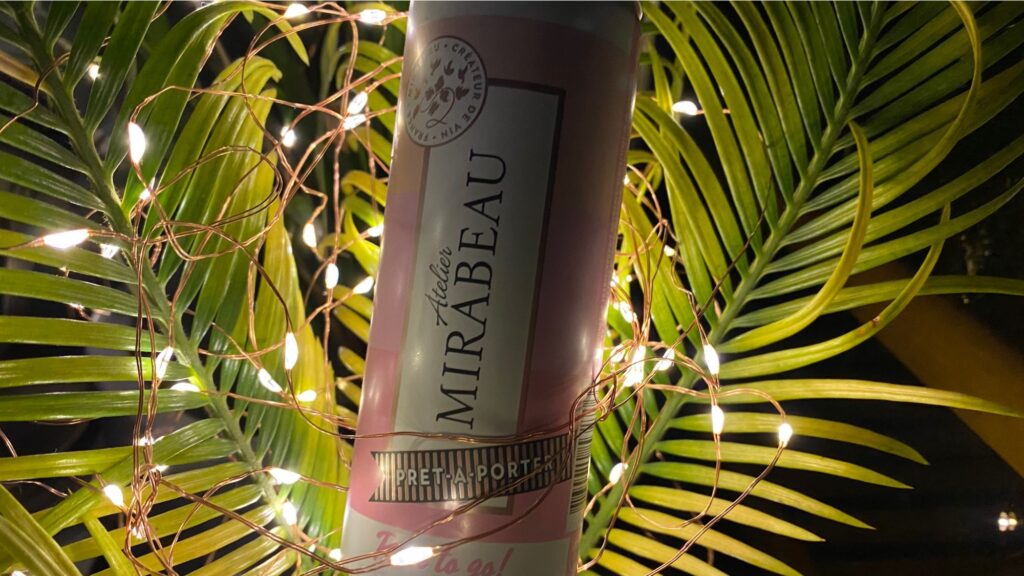 UK importers are also beginning to get involved. Bibendum Wine’s Mirabeau Pret-A-Porter offers an upmarket version of the previously mentioned party wines. This is a solid Provence rosé in a can and, with Bibendum’s reach, could really help to spread the word of wine in cans.

A company I use for my list at Feel Good Grapes, Nekter Wines, is renowned for its strong ties to US producers. It brings in Ferdinand Wines’ Albariño and Rosé blend by the can. At 375ml the price is north of £10 for a can, and that could again be a mental sticking point for consumers. But this is a top producer confidently putting its (very nice) wine in cans and will hopefully soon be gracing upmarket wine vending machines up and down the UK. And probably on my website if I’m honest, because I loved them. 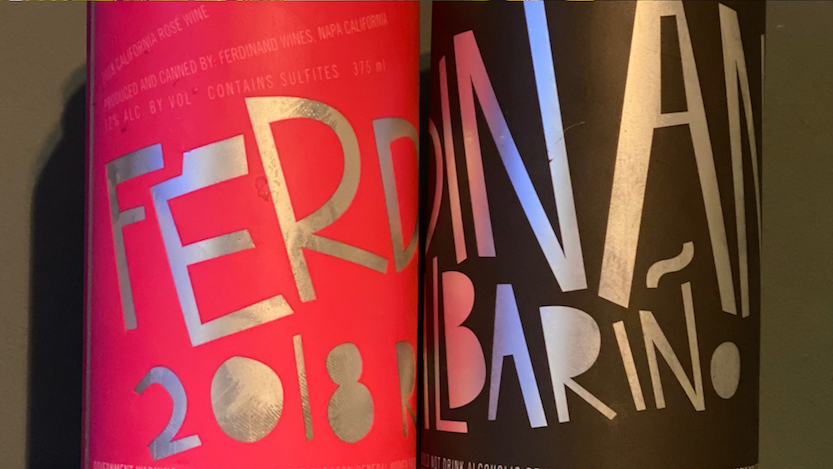 Producers are also canning themselves using local canning companies before exporting to market. Château Léoube, owned by the Bamfords of Daylesford Organic, has long been champions of organic viticulture and sustainable business practices. It sees wine in cans as a logical next step in its commitment to sustainability. Le Petit Rosé will be entering Daylesford shops as of right now in fact (see here) and is scheduled to be available on wholesale by Spring 2021. 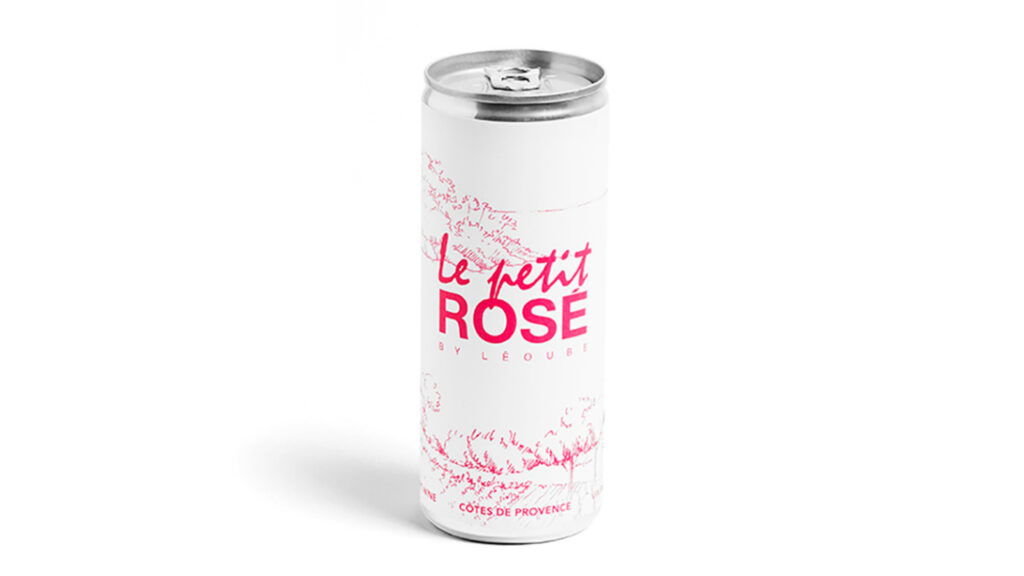 Of course I’m not saying canned wines are a perfect and single solution to the wine world’s packaging problems. There are plenty of other issues aside from market perception. We’re still in the trial and error phase of the canning process: the quality is variable; there is an unmistakable metallic tint when you sip directly from the can; you can’t smell wine from the can; you can’t age wines in a can. Canning can also lead to reductive issues so you can only really use them for grape varieties that aren’t that susceptible to this particular issue, so the likes of Sauvignon Blanc and Syrah are going to struggle. I’m sure there are more that I’ve missed off.

The main argument though is that packaging in the wine world has been painful and small-minded for too long, we all know this and I’m sorry by telling you all how to suck eggs. But we need to stay positive about any potential revolution that’s around the corner, be it big or small. And the best way to do that is to make sure there are a range of wine in cans that we can all enjoy and get behind. And who knows? Maybe drag a few punters with us!

Mike Turner is a journalist and consultant. You can read more thoughts and wise words from him on his blog Please Bring Me My Wine.  Access his new online wine shop for outstanding eco-friendly wines Feel Good Grapes or check out his restaurant, La Ferme by clicking here.

Why Neil Hennessy-Vass thinks bourbon is having a moment