“Today, nearly 95% of the Médoc AOC and Haut Médoc AOC vineyards are either HVE Level 3, Organic, or Biodynamic certified or in the process,” writes Turner.

My first ever gig in the wine trade, nearly a decade ago now, was working for 20h33.com, a Libourne based e-commerce wine company focusing on the wines of Bordeaux. It gave me great insight early on to the workings of the wines of the Right Bank especially. We tended not to spend too much time on the Left Bank as our vehicle was a 1970s VW Combi that we ran wine tours in, and the old fella struggled to make it as far as the D2!

Over the years, however, I’ve been lucky to spend much more time across all the regions of Bordeaux and get to spend time with quite a few producers. I don’t profess to be the world’s leading expert by any means. I’m not going to be coming out with a coffee table tome anytime soon. But I do profess to be very enthusiastic about the region and am very keen that people understand what is going on in modern Bordeaux. To now get to be a Bordeaux Wines ambassador and spend my talking to consumers and trade about the whys and wherefores of the 65 AOCs of Bordeaux is a lot of fun.

A couple weeks back I was asked to give a masterclass on behalf of Les Vins du Médoc. Despite my pre-game panics, a healthy crowd did turn up to hear me talk about all the different dynamics happening on the famed Left Bank. Here’s a brief run through for those who couldn’t make it, of the main points (by no means an exhaustive list) that lend the diversity to the vineyards. 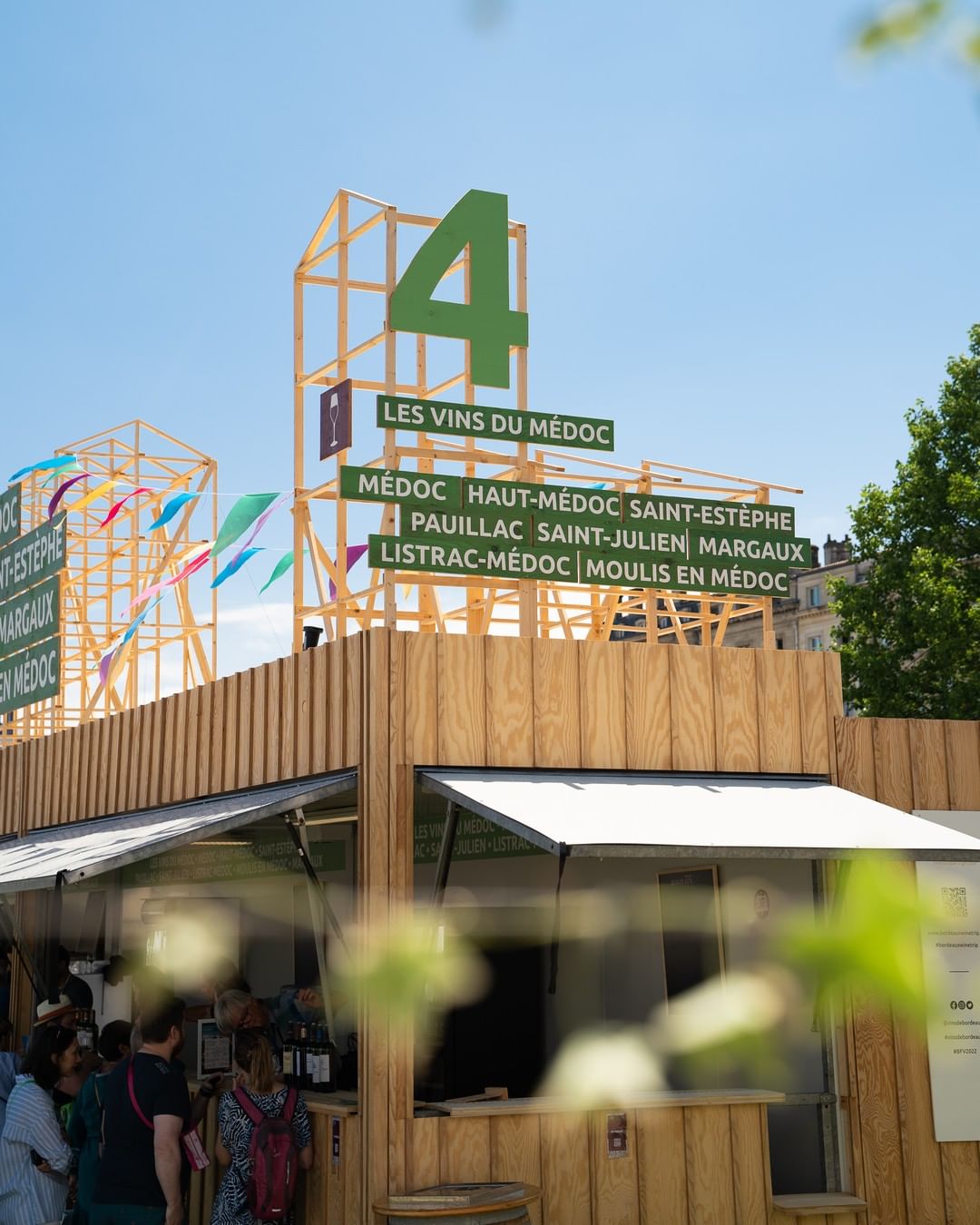 What do we mean by the Médoc?

Without trying to sound too much like a cartographer without his props, the Médoc region covers the vineyard space north of the city of Bordeaux and to the left bank of the Garonne River and Gironde Estuary. It’s pretty thin, at around 5km wide at most, and fairly long at about 80km. To put that into context, Dijon to Maçon is around 130km, so the Médoc is well over half the size of Burgundy.

The two large appellations are Médoc AOC for the northern cooler area, and the warmer Haut-Médoc AOC to the south. The Haut-Médoc is also home to the famed “Big 4” AOCs of St Estèphe, Pauillac, St Julien, and Margaux, as well as the high potential Listrac AOC and Moulis AOC a bit further inland.

Blend into the future

One of the interesting points about these AOCs are that, although there is a list of approved red varieties, there’s no hard-and-fast rule on what you need to put in the blend. You don’t need at least X amount of Merlot, or less than Y amount of Petit Verdot. The winemaker or grape grower chooses the blend based upon what’s worked historically with the soils, aspects, and knowledge of the producer.

Roughly speaking it’s Merlot-dominant in Médoc AOC, Haut Médoc AOC, Listrac AOC, and Moulis AOC, and then Cabernet Sauvignon-dominant in the Big 4, but it really can change estate-to-estate and wine-to-wine.

As we look to the future it’s going to become increasingly complicated. Climate change is making many reconsider their plantings and blending options. If your Merlot is getting too alcoholic, or your Cabernet Sauvignon is becoming too jammy, maybe it’s time for some more Petit Verdot? or even to begin planting Malbec or Carmenère? These conversations have been happening for nearly a decade now, and the first non-traditional-Bordeaux-variety vines (albeit from a small base) are nearly mature enough to produce fruit worthy of the Grand Vins.

I’ll be honest, the time I’m most nervous about when I’m running a masterclass is when I know there’s a soil slide coming up. It’s not that I don’t find it interesting, I really do. Like a lot of you I’m not quite sure where our love of cracking open a bottle or two turned us into geology nuts, but there you go, it’s happened! But with the Médoc, there’s no escaping it. I won’t try and compare my own knowledge with those have gone before and written doctoral theses on the soils and geological history of the Left Bank of Bordeaux, but getting across that it’s not just as simple as “gravel on the Left Bank” is important to show off the styles around.

There are pockets of clay and limestone all over the Médoc region affecting viticultural decisions. Even if it is gravel, then what kind of gravel is it? Is it the relatively recent and famed Garonnaise gravel made famous by the winemakers of Pauillac, or the seriously ancient Pyrenaen gravel in the less well-known appellation of Listrac? I’ll stop before I bore you, but it’s another reason why over 16,000 hectares planted you rarely see anything like a formulaic blend across the estates. 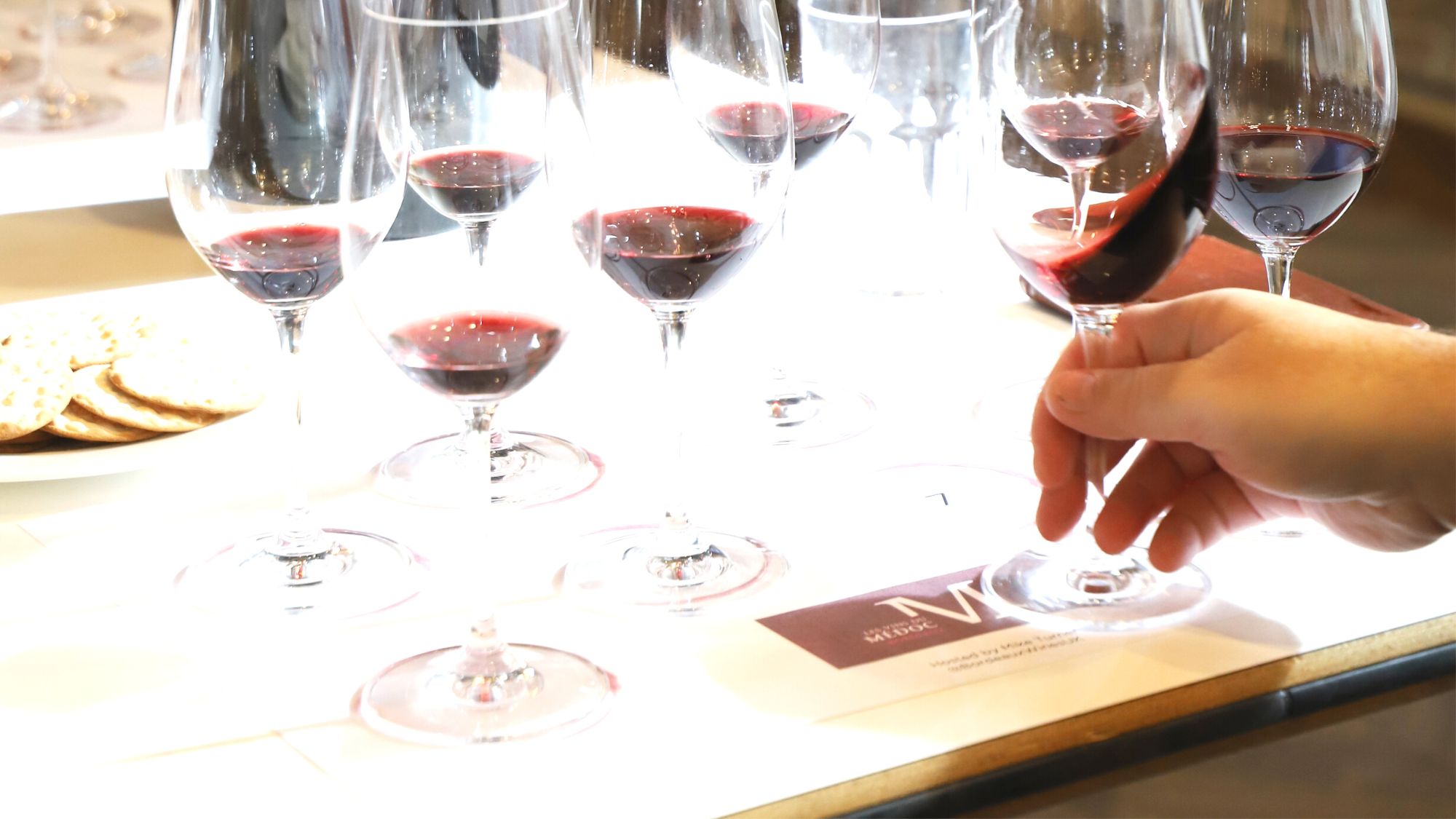 The famous classification system on the Left Bank is, of course, that of the Grand Cru Classé. The so-called “growths” of Bordeaux were picked for Napoleon III’s grand Paris Expo by local wine traders. The 60 châteaux represent over half a billion euros in turnover each year and have used that status to be at the forefront of innovation and marketing for the region. It’s not to be scoffed at, it’s such a great brand for the region, especially considering four out of every five bottles are exported.

The two classifications that I hold a lot of hope for (and point out as sources of excellent value-for-money Bordeaux wines) are the Crus Bourgeois and the Crus Artisans. The Crus Bourgeois was started way back in 1932 to give those châteaux outside of the Grand Cru Classé system something to strive towards. There have been some high-profile issues and arguments over the years, but 2018’s relaunch with much more independent judging and a universally agreed set of parameters might…just might…have cracked it. To me, one of the best Bordeaux tastings you can attend is the annual Crus Bourgeois tasting each year, with great wines and bargains to be sought.

The Cru Artisans, begun in 2006, showcases those producers that perform every task on site. From planting and pruning to bottling and labelling, these families do it all. Again, it fits the rhetoric of great stories behind the wines that we’re all crying out for in this day and age. Again, well worth seeking out at a tasting near you.

It wouldn’t be a write-up from me if it didn’t include some kind of reference to sustainability credentials. The majority of the vineyards of Bordeaux have embraced the French Government’s HVE sustainability scheme over the past decade. Today, nearly 95% of the Médoc AOC and Haut Médoc AOC vineyards are either HVE Level 3, Organic, or Biodynamic certified or in the process. A pretty impressive effort indeed in a very short space of time.

Getting Médoc wines on your lists

I’ve overheard many conversations that have slammed Bordeaux wine as being “too same-y”, or “too overpriced”, or “just not interesting”. It’s quite a lazy thing to say, and in modern Bordeaux it’s simply not true. There are a great range of styles and price points and stories to tell in areas such as the Médoc. There are also initiatives such as Bibendum’s Bordeaux Cellar Project making even the highest end wines more accessible to both the on- and off-trade. It really is time to have another look at the many faces of the Médoc.

Mike Turner is a freelance writer, presenter, and educator and regular contributor for The Buyer. He also runs a wine events business, Feel Good Grapes, that explores and discusses the idea of sustainability in the wine trade.