The parquet floors at BAFTA’s headquarters in Piccadilly were heaving. There was a strong party vibe and so much Comtes was poured that the statements of the “smaller harvest” in 2012 seemed doubtful. Such was the generosity. A fleet of staff were patrolling the scene, pouring and re-pouring, serving an “international menu” of “Comtes Pairings” that turned out to be American grilled truffle cheese sandwiches, French beef tartare, South American oyster mushroom tacos, an Asian lamb and apricot combo and Italian pasta – this was a launch complete with DJ geared much more towards mingling and drinking than it was about technical detail.

Ponnavoy expanded on the four elements that constitute Comtes de Champagne: the first, he said, was “history – the first vintage was made in 1952, a history of 70 years now” that needed to be honoured. His second element was “terroir: without it, it is impossible to create a top wine,” he said and noted that Comtes was always made from five villages in the Côte des Blancs: Cramant, Avize, Chouilly, Oger and Mesnil-sur-Oger. For Ponnavoy these origins give “precision, salinity and minerality” to Comtes.

His third element was “vinification.” He noted that a small portion of the base wines was fermented and aged in oak – which was used “like a spice” in the blend. His last and fourth element, which he deemed as the most important in this quartet, was time: “Without time, it is impossible to craft this cuvée.” Ponnavoy only noted about 2012 that it had been an “interesting, a contrasted vintage” which made it possible to “feel the perfect balance of acidity, fruit, precision and depth.”

Clovis Taittinger, in trademark black specs, focussed entirely on the spirit of Champagne: “It is important to understand that we do not do Champagne for ourselves,” he said, “we do Champagne for you. If we do Champagne it’s mostly through love – love for life, for you, for optimism.” He was effusive and brief but made a most fitting point: “Tonight is just about enjoyment – Champagne is about tomorrow, it is about life, about hope and optimism.” 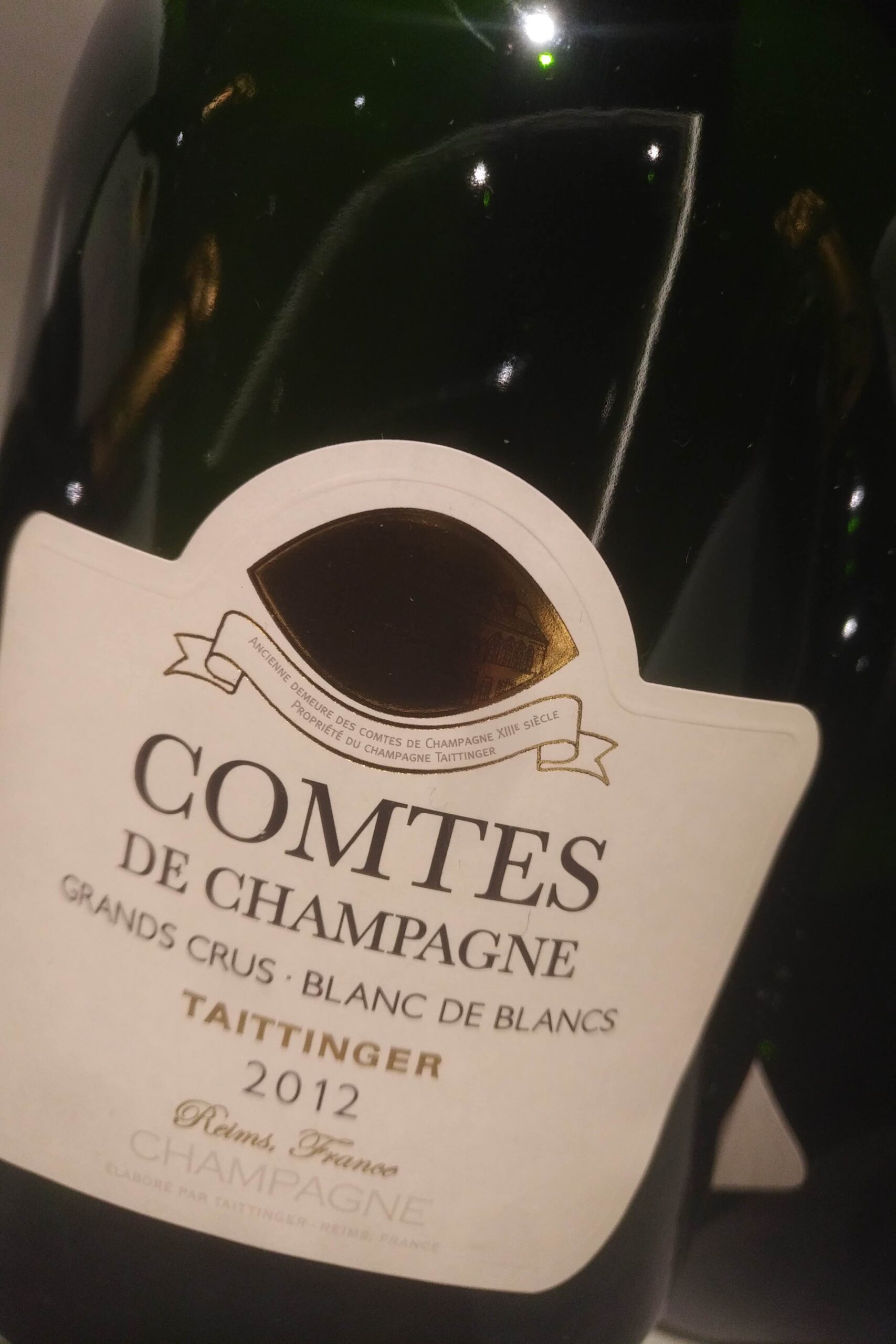 A smouldering note of reduction hovers above notes of salty shortbread. The palate, despite its blanc de blancs sleekness, has a richness and generosity that befits 2012 sunshine. There is vivid lemony concentration, dispersed by very vivid bubbles against a salty baseline of buttery autolysis. With more temperature, fruitier notes of Mirabelle plum begin to appear, the finish is serene and rounded, refreshing and sonorous at the same time.

Hatch Mansfield is a supplier partner of The Buyer. To discover more about them please click here.