How Enotria & Coe tasting proved it is ‘back with a bang’

“Demand is through the roof and we are doing Christmas peak levels in terms of volumes,” says MD Sam Thackeray, “Cross-pollination between the on-trade and digital is being maintained, we are seeing demand surge for cocktails and spirits and we’re still seeing big numbers in staycation spend.”

‘Decameron’. At first glance, the name chosen for Enotria & Coe’s revival tasting suggested a rueful route to harness the power of hindsight: something we might have done to avoid the Brexit referendum and all that followed. In fact, they had wisely avoided politics, the title inspired by Renaissance literature: the story of ten young people who escape plague-ravaged Florence for a country house, telling each other ten compelling stories across ten days.

Meeting producers and tasting their wines usually entails hearing their stories, so the name felt apt, as did the reference to the Renaissance, with this being one of the first full-scale tastings after an 18 month hiatus that must somehow have challenged each and every one of those present. The message was clear: Enotria & Coe is back with a bang.

The venue, The Brewery in Chiswell Street, was packed to the rafters. Like almost everyone else, I am double-vaccinated and relatively gung-ho with it, but as I walked into the first tasting room, I confess that I felt briefly awestruck. I hadn’t seen this many people in one place for what seemed  like an age. With an estimated 1,200 attendees, 12,000 Riedel glasses, the buzz, the laughter, the corks popping and all that clinking… this was not the fabled ‘new normal’. It was normal.

With just a hint of trepidation, it was down to business, but where to start?  With around 800 wines, spirits and no/low alternatives, a significant number of them new to the portfolio, navigation was made much easier by a series of well-chosen walking routes, taking in different themes including ‘new to the portfolio’, ‘innovators’, ‘sustainability’, ‘icon producers’ and ‘award winners’. 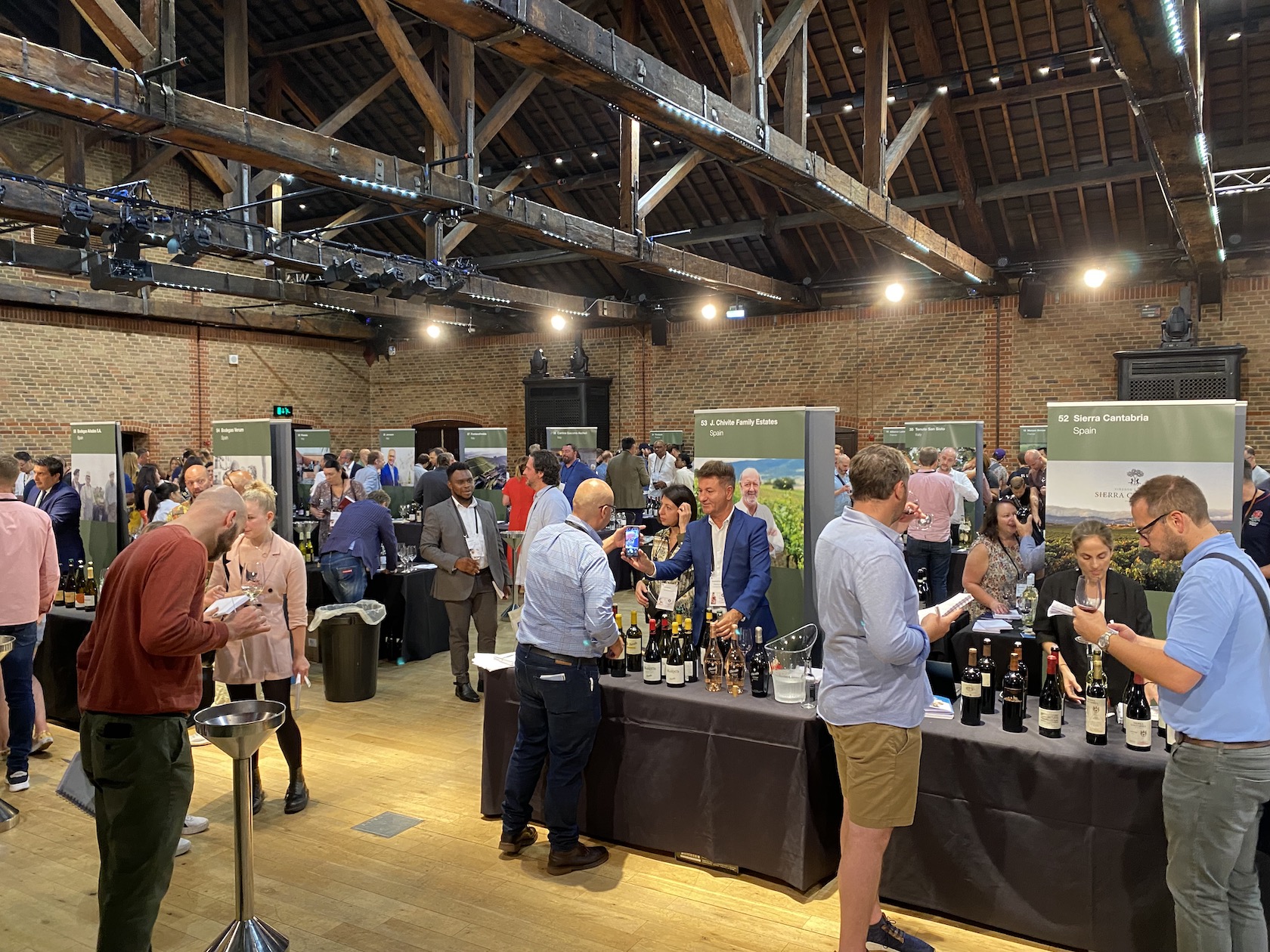 “We were keen to lead in terms of being back to some sort of normality, though there were obviously plenty of obstacles,” says managing director Sam Thackeray. “The take-up was very strong from producers who were desperate to be back and we had a really positive response from customers, despite all the pressures on the trade at the moment.”

“Demand is through the roof and we are doing Christmas peak levels in terms of volumes. Cross-pollination between the on-trade and digital has really developed (during the pandemic) and that is being maintained, we are seeing demand surge for cocktails and spirits and we’re still seeing big numbers in staycation spend.”

As is the case across the industry, the post-pandemic rebound threatens to be overshadowed by the shipping crisis throwing up unprecedented logistical issues.

“There are still significant challenges with lead times because of Covid 19, customs regulations and the container crisis and I think those issues will continue,” he warned.

A tasting top 10 from Mr Vinosaurus:

Forget the Decameron, highlights from a tasting of this scale could potentially rival War and Peace, so here is a short top 10 that captured my heart. All prices listed are trade, ex-cellars. 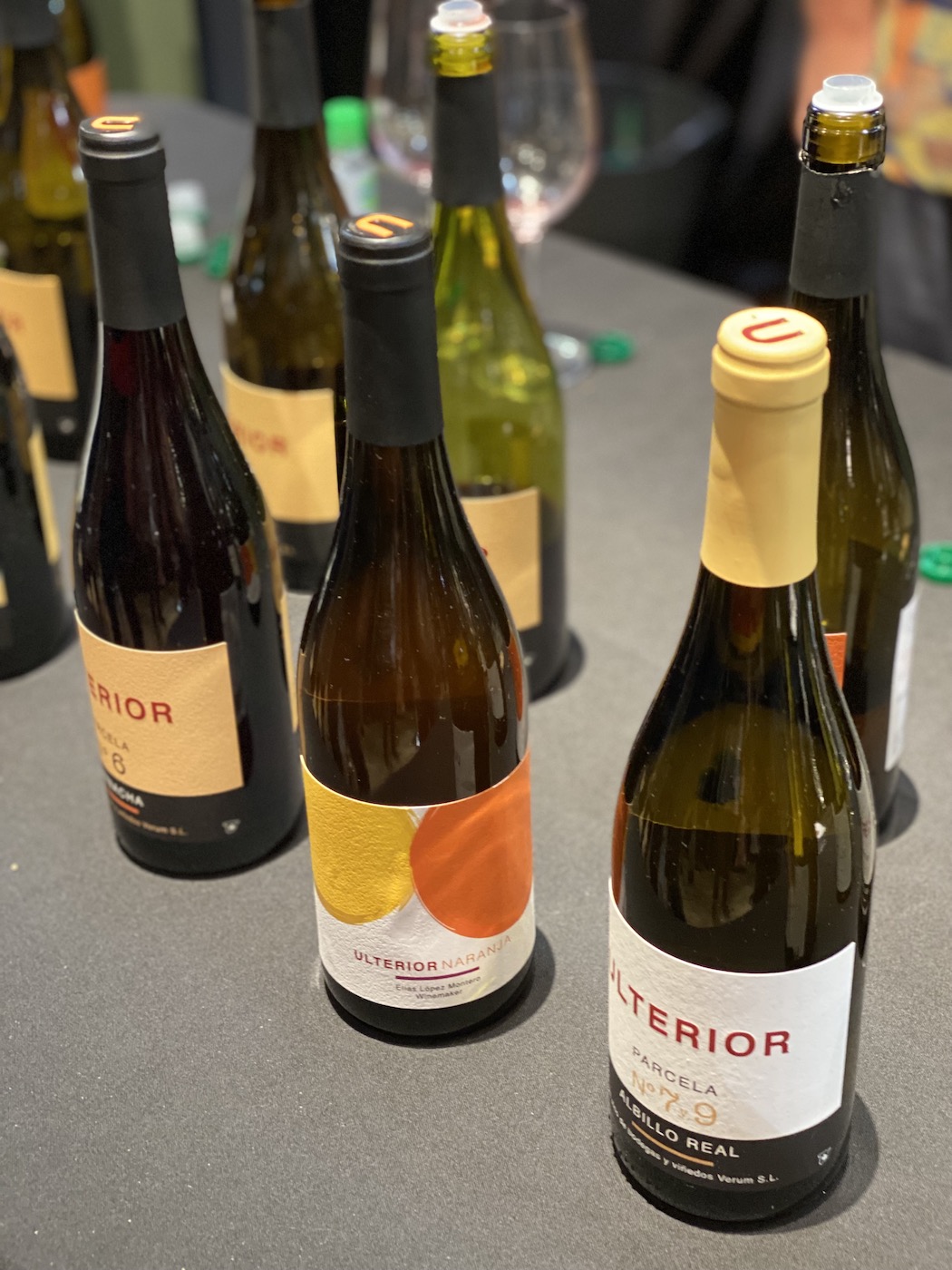 From the talented Elias Lopez, voted one of Spain’s top ten winemakers to watch, whose efforts are doing wonders for sweltering Castilla-La Mancha. Lopez focuses on later ripening varieties that can cope with extreme heat and little water. This wine combines Albillo Real with a touch of Albillo Mayor, making it the only such blend in Spain. The majority of the wine is aged in clay ‘tinajas’ with a small  percentage going to used oak foudres. There’s no filtration and minimal use of sulphur, with the result being aromatic and unusual with cinnamon spice, dry rosemary, zesty lemon acidity, a touch of quince and russet apple.

A newcomer to the portfolio and also a new one for me: this is Picpoul from California. From ‘Rhône Ranger’, Randall Grahm, who established Bonny Doon in 1983, a fresh, elegant citrus-driven wine, with a hint of peach and jasmine and also a distinctive beeswax character, unless that was autosuggestion. Fermented in stainless steel at low temperatures to retain natural freshness, this is also refreshingly low in alcohol at 11%. 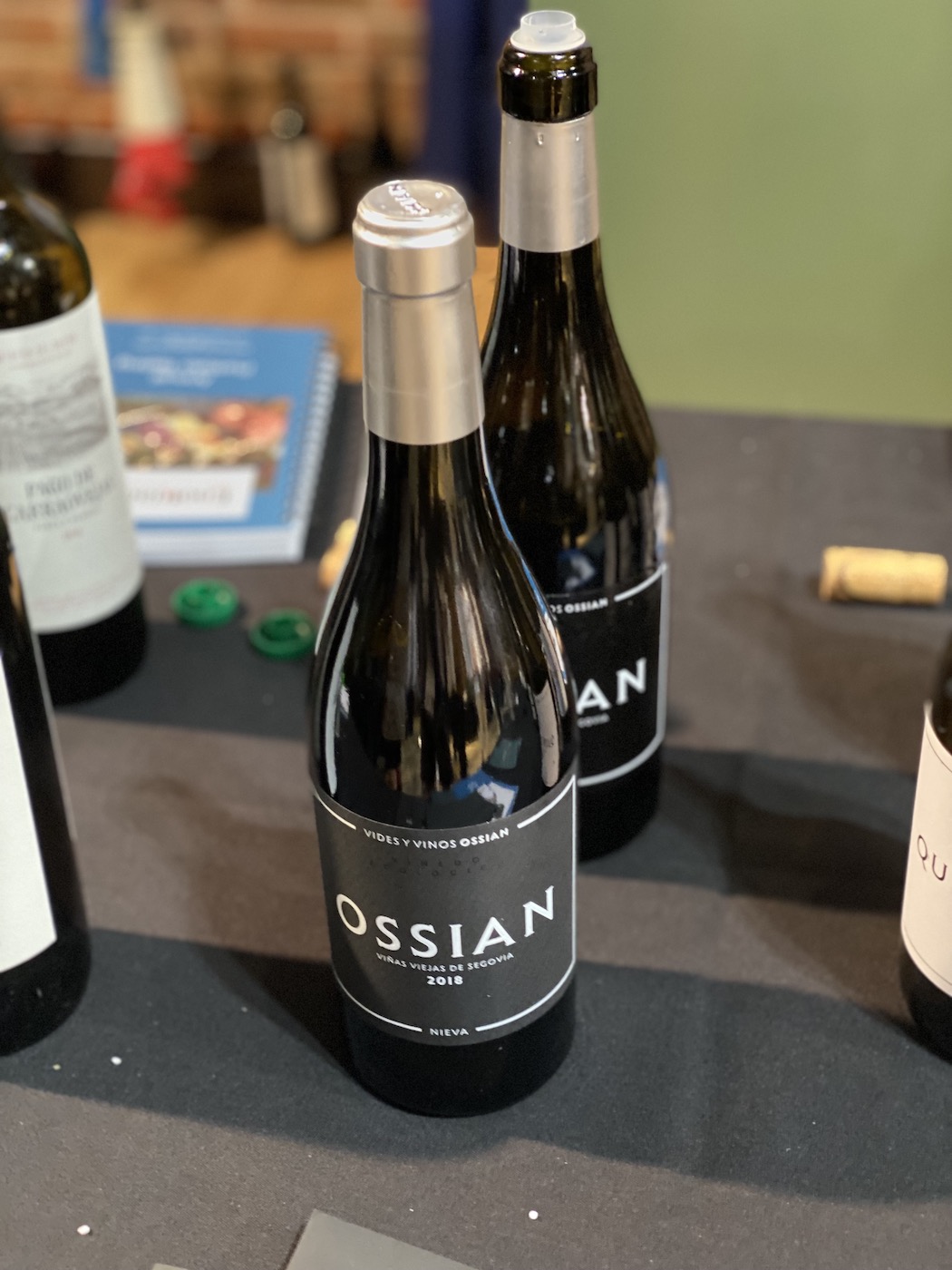 An exceptional wine from ungrafted pre-phylloxera vines up to 200 years old, on deep roots in Rueda, this is no ordinary Verdejo. Elegant, flinty and intense, it is closer to a top Chablis, with its precise citrus fruit, mineral depth and extraordinary length.

From Daylesford Organic’s beautiful property close to Le Lavandou, where the vines appear to march into the Mediterranean, this is the estate’s premium wine, the citrus and red summer fruits cut through with white pepper and a note of fennel, with a lovely texture from lees contact. 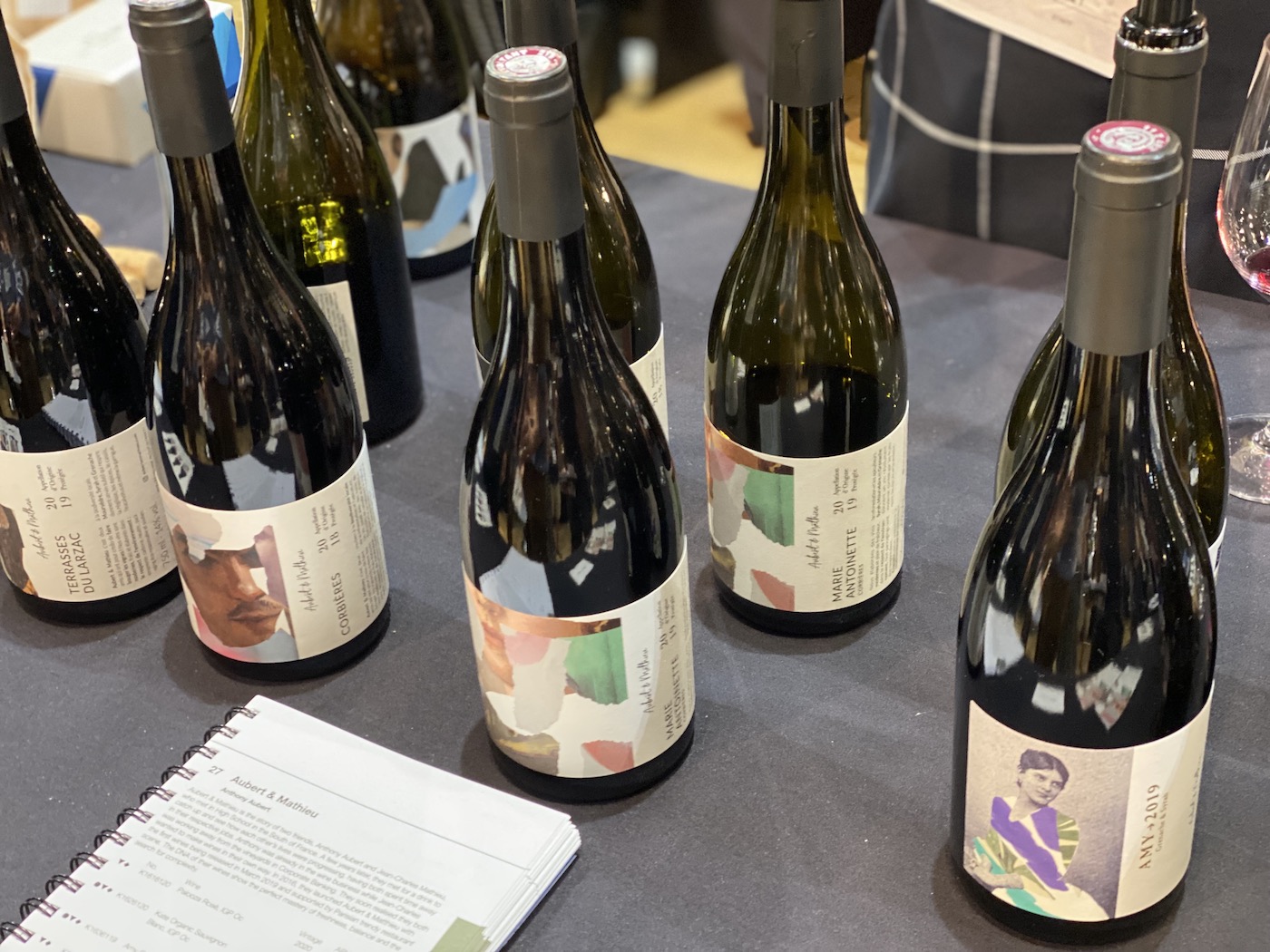 From Antony Aubert and Jean-Charles Mathieu, school friends from the South of France who went on to successful corporate lives, met up one day and decided to make wine together. I loved these wines when I first encountered them at a ‘French Discoveries’ tasting in London two years ago, so full credit to Enotria & Coe for spotting their potential. Marie Antoinette is a blend of Syrah, Grenache and Mourvedre that’s fresh, plump-fruited and vibrant, with a real savoury, herbal charm. It’s also excellent value and looks a million dollars thanks to sharp design work. 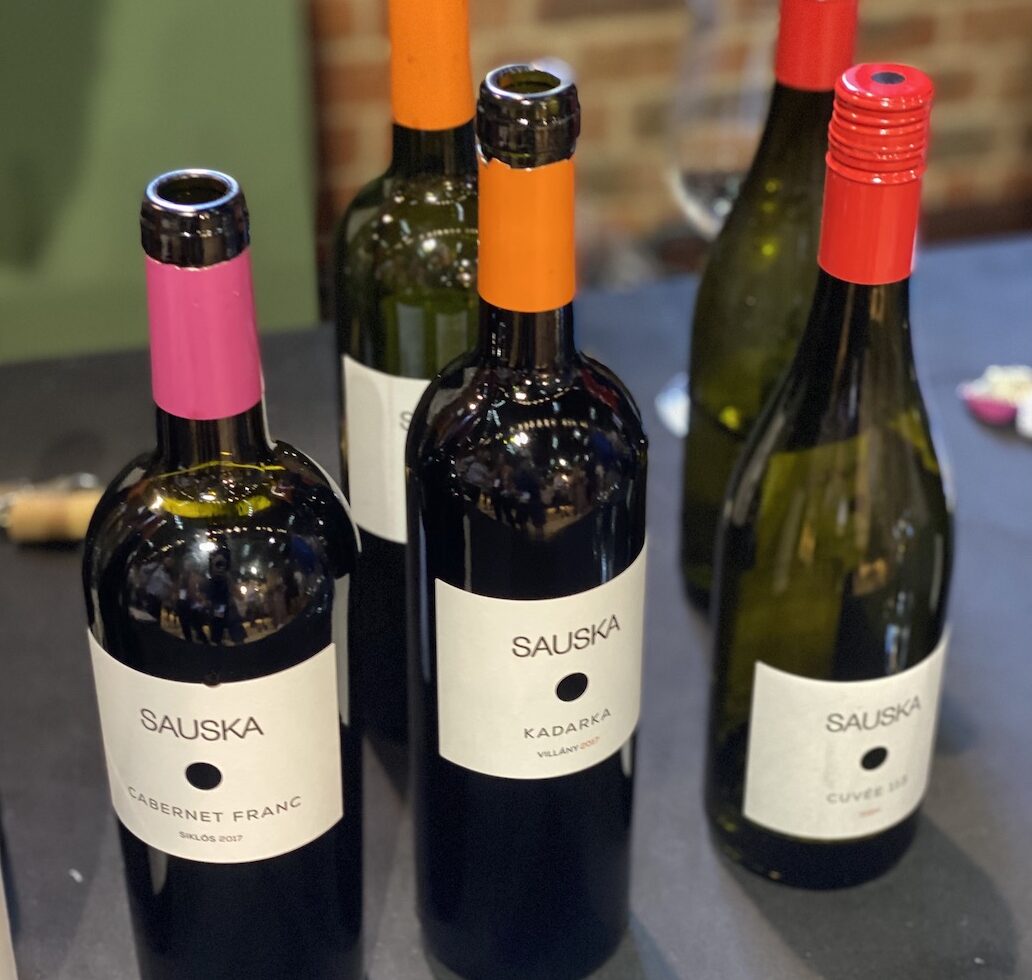 Another newcomer to the Enotria portfolio: a relatively rare, red variety from Hungary. For the uninitiated, Kadarka is thin-skinned and fickle, so a bugger to grow, but it’s worth it. Bright, crunchy raspberry and redcurrant, silky smooth tannins and subtle spice make for a fresh, delicate, chillable lunchtime red that’s perfect for pasta.

Planeta is a jewel in the crown for Enotria and Coe, with its spread of Sicilian treasures, including this unusual blend of indigenous varieties, Nero D’Avola and Nocera, from the Capo Milazzo on the island’s northern coast. Perfumed, blue-fruited, fresh and seductively spicy, it’s Sicily in a glass. 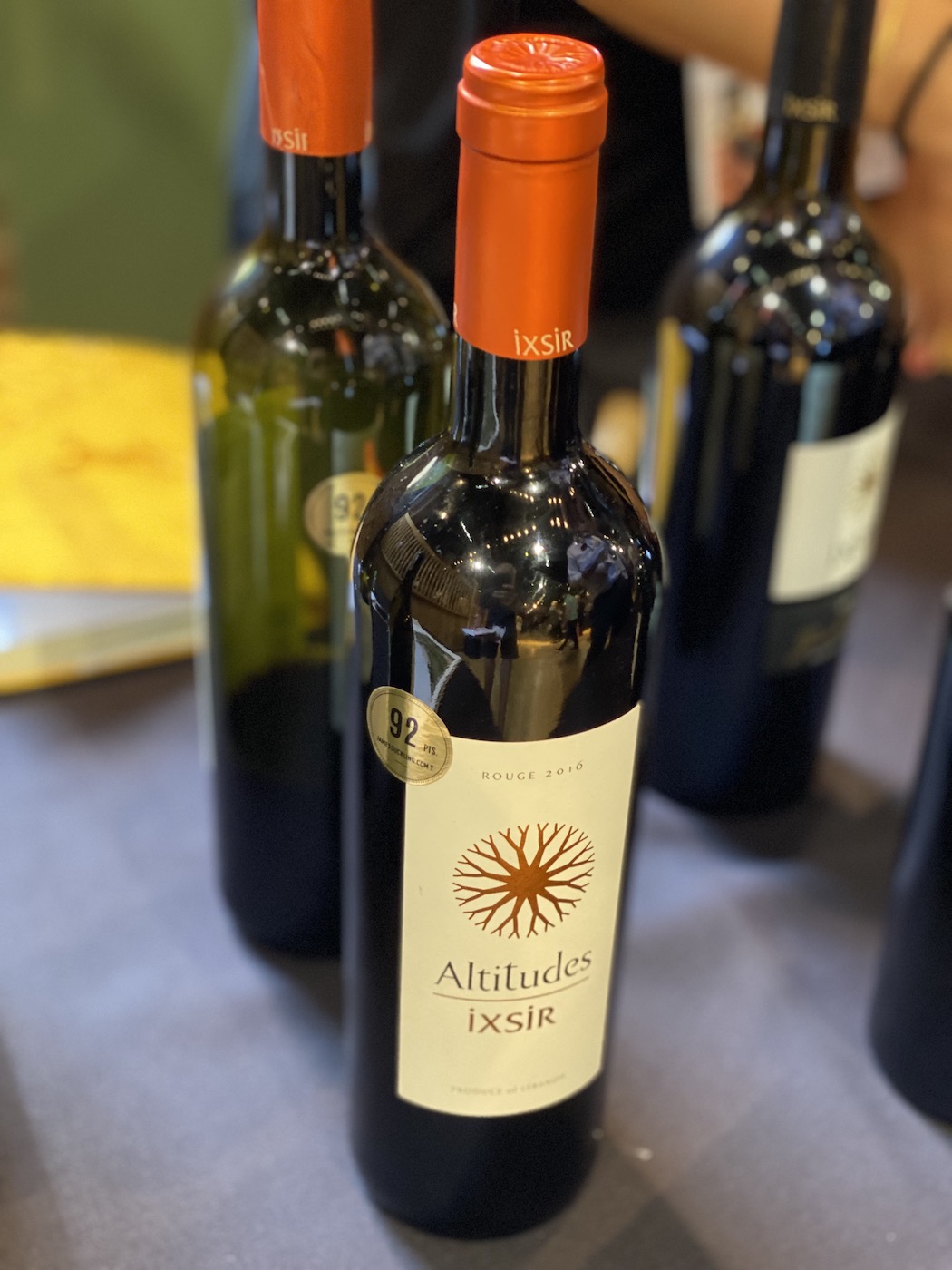 Ixsir comes from ‘Al-Iksir’, Arabic for elixir, and as the cuvée name suggests, this wine is from a range of altitude plots, up to 1,700 metres, above Lebanon’s Bekaa Valley. There’s no shortage of investment here: Hubert de Boüard of Château Angélus is consultant and the winery is state-of-the-art, with stunning views. A Cabernet-based blend with foraged blackberry, blackcurrant and garrigue herbs with the minimal use of used oak keeping the fruit focus fresh. 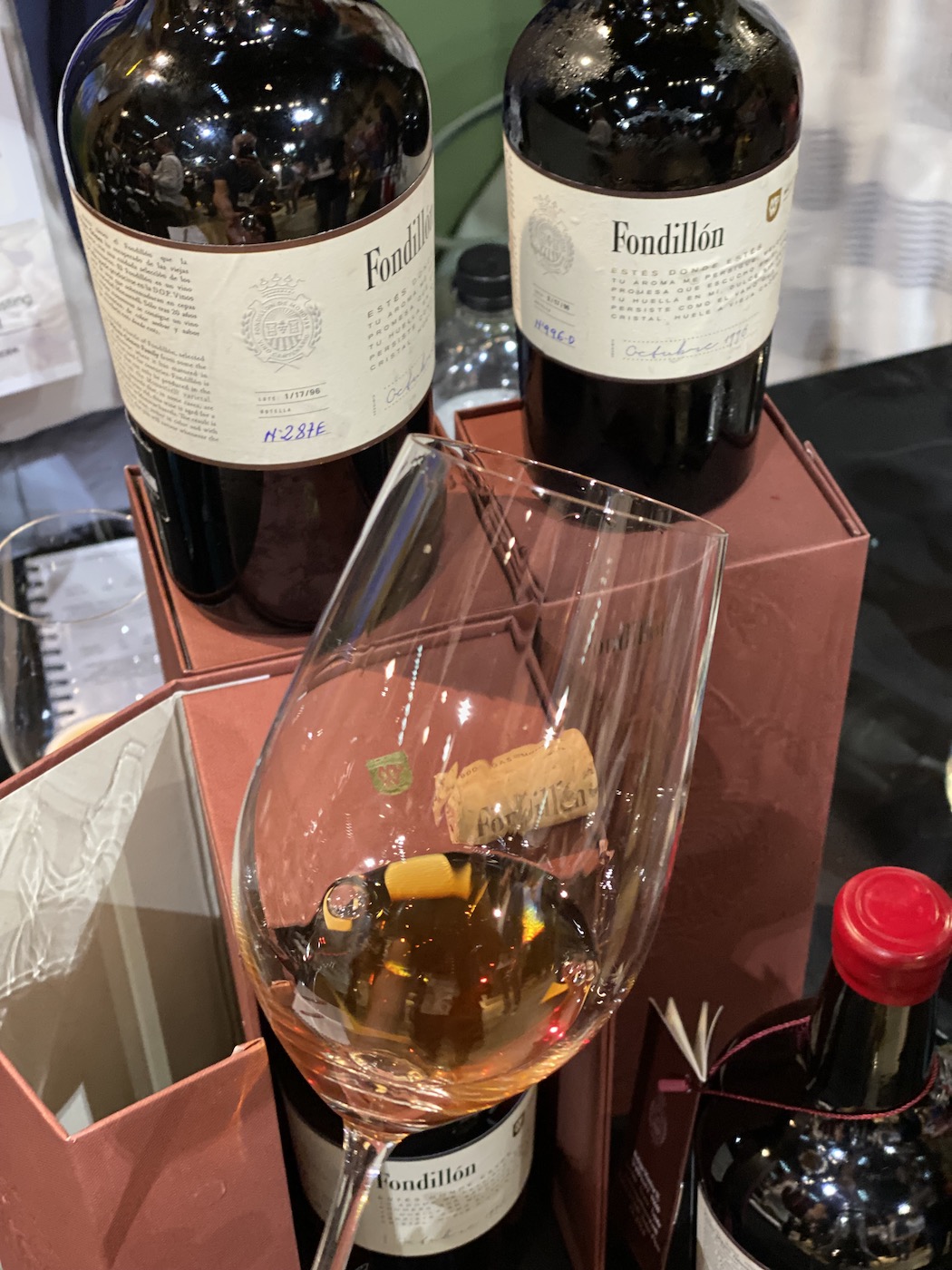 From Raul Perez, a real gem and a tribute to minimal intervention winemaking. Monastrell vines are left to overripen, subsequently hand picked, destemmed and left to ferment on indigenous yeasts until the wine arrives at its natural sugar and alcohol level. Maturation for 20 years makes for a sublime fortified wine, with black fruit, mocha-toffee complexity and smooth, silky tannins. Delicious. 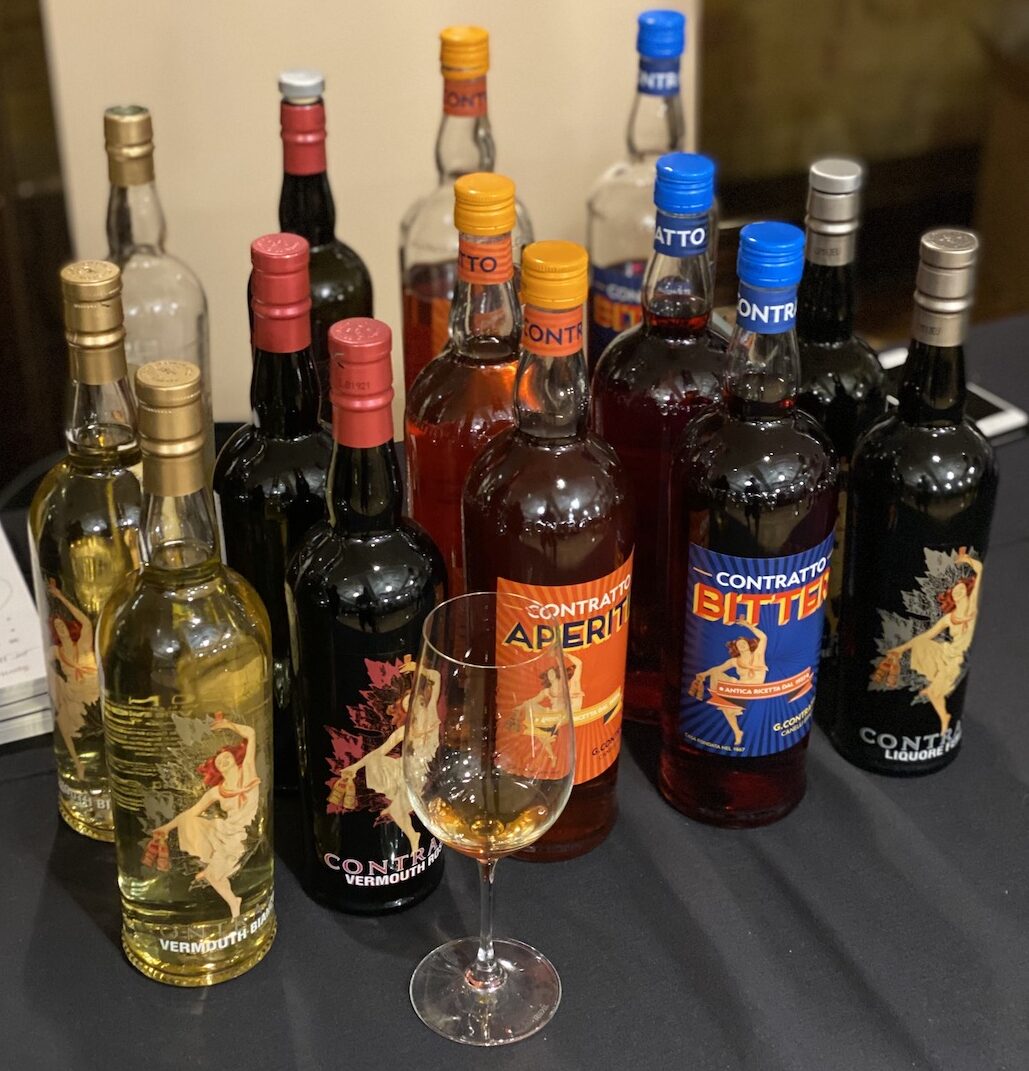 I have been a fan of this wonderful bitter aperitivo since I first tasted it in Turin, so it was fantastic to see it here.  A superior rival to Campari, the blend is secret, but it derives from natural herbs, spices, roots, seeds, carrot and beetroot. Delicious over ice, it will transform your Negroni. Highly recommended.

How Enotria&Coe freshened its portfolio with 5 new agencies

Ants Rixon: Enotria&Coe in its 50th year is stronger than ever