Suntory’s new single grain whisky Chita ticks many boxes but does it have real character?

It has become a familiar story in the whisky world, the launch of a fashionable chic product for a younger demographic at a price many of them will be unable to afford. But there is one notable distinction in the case of Chita, the latest offering of this kind from the Japanese Suntory group. It is a single grain, Suntory’s first, which certainly raised my eyebrows since that would not seem designed to attract a new generation of whisky drinker to the unadulterated product, as opposed to cocktails. 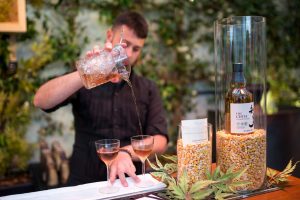 Grain after all is normally just the base for a blended whisky although, as Suntory Global Brand Ambassador Mike Miyamoto noted, in its supporting role it should bring out the full personality of the malt.

In Chita the grain goes one further by becoming the personality itself and for me it is one I have quite taken to.

While warming up with some delightful cocktails, Miyamoto expounded the virtues of blended grains such as Chita, highlighting differences in approach between Japanese and Scotch whisky production in general.

Miyamoto served time in Scotland as production director at Morrison Bowmore after its acquisition by Suntory in 1994 and found the locals there resistant to new methods and ideas, which he argued prevented the products from reaching their full potential.

“A single malt Scotch can be complex but it is not subtle or particularly refined,” said Miyamoto contentiously.

Chita of course combined all three qualities in his eyes, although the question that immediately sprung to my mind was whether it would possess a fourth quality, character, which many Scotches have in spades. There are quite a few rather light, inoffensive whiskies out there that completely lack distinction out of fear to offend anyone’s palate.

This takes one back to the dawn of Japanese whisky in 1929, when Suntory launched the country’s first one dubbed Shirofuda. It was a dismal flop, being too peaty for the nation’s then rather bland taste.

It was another eight years before Suntory followed up more successfully with Kakubin, a much milder blended version that kindled the nation’s incipient love affair with whisky. Both Shirofuda and Kakubin are still around today in various forms and highlight how at least some Japanese have come to appreciate a little more character in their liquor. 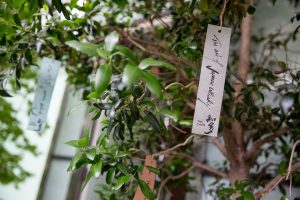 Chita, which was first launched in Japan in July 2015, fits this mould, even if it is described as light.

Before tasting Chita itself we sampled the three main constituent single grain whiskies in the blend, which I found very helpful in identifying the core flavours. Grain whisky is distilled in columns, which are faster and more economical because in principle they support continuous production. That is also conducive for production of lighter flavoured whisky.

The first grain we tasted was made from four column distillation, yielding a rather sweet whisky strong in alcohol, which immediately stood out as a component for a blend rather than a finished whisky.

The same could be said of the second grain, the product of two column distillation, which was again light in colour, not smoky but with a much more complex nose, with a touch of fungus I thought.

However the third component grain, made by three column distillation, I would happily have brought in its own right for its distinctive colour and flavour which it owed largely to being matured in red wine casks imported from an unnamed Bordeaux château. This had the best nose by far, almost port or brandy, with a full body, well suited to post prandial consumption with cheese or a fine cigar.

So what about the finished liquid? How did that taste?

Onto the finished product, the Chita, and my first impression on the nose was none too favourable, because I could not get beyond that musky smell. Perhaps the preparatory tasting of the three grains had not served so well after all. Or maybe they had simply overdone the second component. 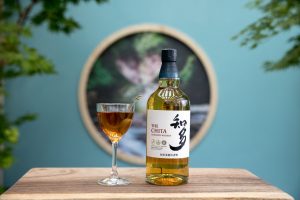 But then my fears were brusquely dispelled as the whisky passed my lips and I saw that the blend worked well after all. On the palate, it was as smooth as polished marble, with a pleasingly mellifluous creaminess more than offsetting a distant bitterness.

The tasting notes cited crème brûlée, which I could see, but also cardamom, which I didn’t get. Perhaps I have been eating too many spicy curries lately.

Weighing in at 43% it packs quite an alcoholic punch, but as so often with whisky, progressive dilution reveals other sides of its personality. Taking it down to about two thirds strength, around 28%, it works well with food, to wash down haggis perhaps.

Priced at £52 per bottle it is clearly too expensive for the mainstream youth market and yet is good value when compared with some of the other premium products to hit the UK market over the last year or two. It is certainly a most welcome addition to my spirits cabinet.