Champagne and sparkling wines are at an advantage when it comes to celebrating any success. They can simply turn to their own wines to celebrate with which is what producers of every style of sparkling wine and Champagne will be hoping to achieve in this year’s Champagne & Sparkling Wine World Championships.

Now there are many ways of analysing, assessing, scoring and ultimately judging a wine. Some people do it blind by country and colour, others throw in a price point to help with the process. There are other events that peel back the anonymous label to reveal the brand, the design and the label underneath. But ultimately it all comes down to the quality of the wine.

The Champagne & Sparkling Wine World Championships (CSWWC) are no different in looking to find, reward and celebrate the very best in class across their own world of sparkling wine. But, it too, has its own unique way of assessing one sparking wine against another. It claims to be the first and only “terroir-driven” competition where each wine is judged on the region and the country where it is made.

It also only uses internationally renowned sparkling wine experts to do the actual judging. Individuals that have built up their own reputations in the field, and who, vitally, taste each and every wine  submitted alongside each other to, as they say “guarantee an unprecedented level of consistency and accuracy of judging”.

The CSWWC is the brainchild of wine writer Tom Stevenson, who has built the competition up along with the support and expertise of fellow journalist, Essi Avellan MW and Dr Tony Jordan, winemaker, most known for his work at Moëtt Hennessy, building up the Chandon wine portfolio, Cape Mantelle and Cloudy Bay.

The principle aim of the CSWWC is to “provide both consumers and the wine trade with the definitive annual guide to the best Champagnes and sparkling wines on the planet”.

Stevenson explains:  “With the unrivalled sparkling wine experience of our three judges it is little wonder that no other competition can boast the breadth and quality of entries that the CSWWC receives. In 2017 we had no less than 26 countries, including first time participants from Armenia, Croatia, Moldova and Ukraine, positioning the CSWWC as the largest and most relevant sparkling wine competition in the world.”

Each wine, he stresses, is assessed in the same way. “It is worth reiterating for anyone new to this competition that we taste blind, which is to say we have no knowledge of the identity of each wine beyond its origin, basic style and grape varieties. We judge medals and Best in Class strictly in flights of the same origin and style (Cava Rosé exclusively against Cava Rosé, Australian Blanc de Blancs exclusively against Australian Blanc de Blancs etc.).

“We judge wines conventionally as Gold, Silver, Bronze, Commended, No Award, Possibly Faulty and Definitely Faulty, but we award – unconventionally – only Gold and Silver medals because these are the truly outstanding wines. And we only judge in flights of different style for national trophies and different origin for World Champion trophies.”

The CSWWC is also only about recognising and rewarding what the judges see as being currently at, or very near, the top of the industry, which is why it does not give out any awards below Silver.  Crucially the judges make copious notes on each wine that are sent to every producer that enters so they can get expert feedback on how and where their wines might be improved.

Stevenson explains why: “Although we do not award medals lower than Silver, we take a keen interest in theoretical Bronze winners. With a Bronze from a classic sparkling wine appellation, it is easy for producers to submit a magnum the next year and almost guarantee a Silver or even a Gold because the difference in quality between a regular 75cl bottle and a magnum of effectively the same wine is truly that great. However, when a Bronze is from a relatively obscure, unknown or untested region, they have virtually no local expertise to assist them. So it’s important for those producers to understand that they could be on the verge of achieving a world class sparkling wine.

“We make the judges’ notes for such wines exclusively available on a confidential basis and recommend they use this feedback to fine-tune their improvements. The competition becomes a record of their progress and, hopefully, it will eventually lead to a Silver or Gold medal. There were 195 theoretical Bronze medal wines last year. They won nothing, but they can and should give hope for the future.”

This year’s awards also includes the introduction of ambassadors to help promote the awards and raise awareness of their potential, including Roger Jones, Michelin-star chef of The Harrow at Little Bedwyn.

Once again, the CSWWC is offering an early bird entry fee of £139 per wine on all those paid before January 31, 2018. The price then goes up to £149 per wine and the closing deadline is March 29, 2018. Judging then takes place in the UK during May an June. Volume discounts are also available to those producers entering more than three wines with 5% off three or more wines and 10% off 10 or more wines.

Medal results will be released on The Buyer in July, with the top World Champions being crowned at an official Championships Dinner in London on Wednesday October 24. All awards will also be published on They Buyer and in The World Of Fine Wine.

The CSWWC has also introduced a new website, for this year’s competition to offer a cleaner, fresher look with a more user-friendly navigation system. The competition will be supported in 2018 by a proactive international PR, marketing and social media campaign.

More about the judges 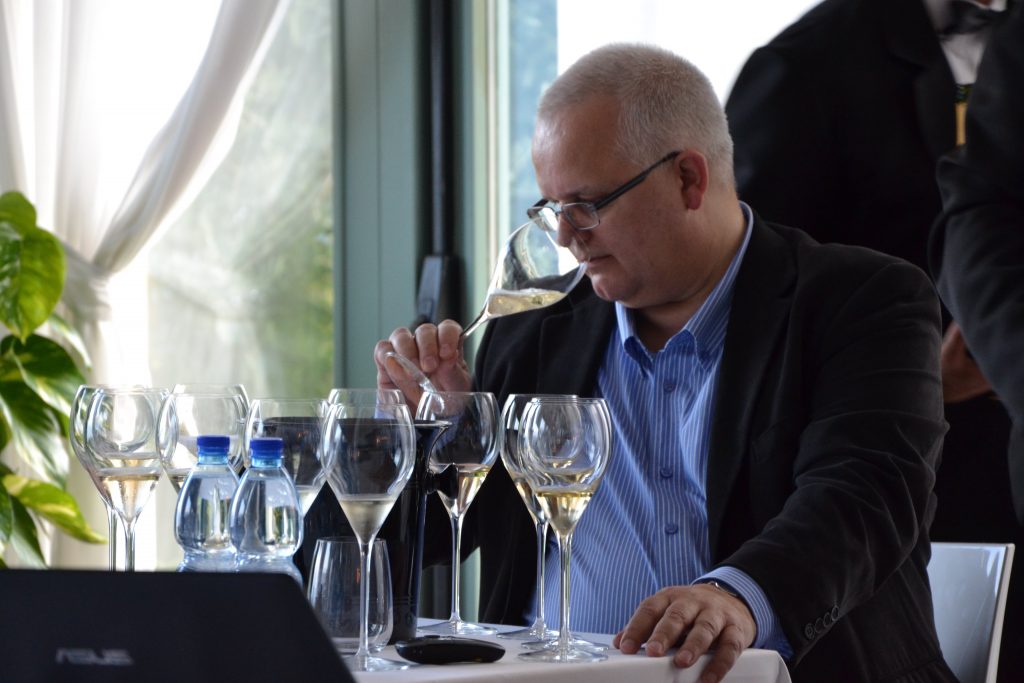 Tom Stevenson claims to be the first wine journalist to specialise in Champagne when, after six years of research, he published Champagne (Sotheby’s Publications, 1986). His Christie’s World Encyclopedia of Champagne & Sparkling Wine (Absolute Press, 1998) reproduced a 17th-century document proving that the English invented sparkling Champagne six years before Dom Pérignon set foot in Hautvillers. This historical revelation ensured the encyclopedia itself made history by becoming the only wine book to warrant a leader in any UK national newspaper (The Guardian,  October 14, 1998).  Stevenson has judged at wine competitions in Australia, France, Germany, Greece, Italy, South Africa and the US. In the UK, he held the chair of the Champagne panel for the Decanter World Wine Awards from its inception until 2012. He is currently working on a completely revised and expanded Sotheby’s Wine Encyclopedia for publication by National Geographic in 2019. 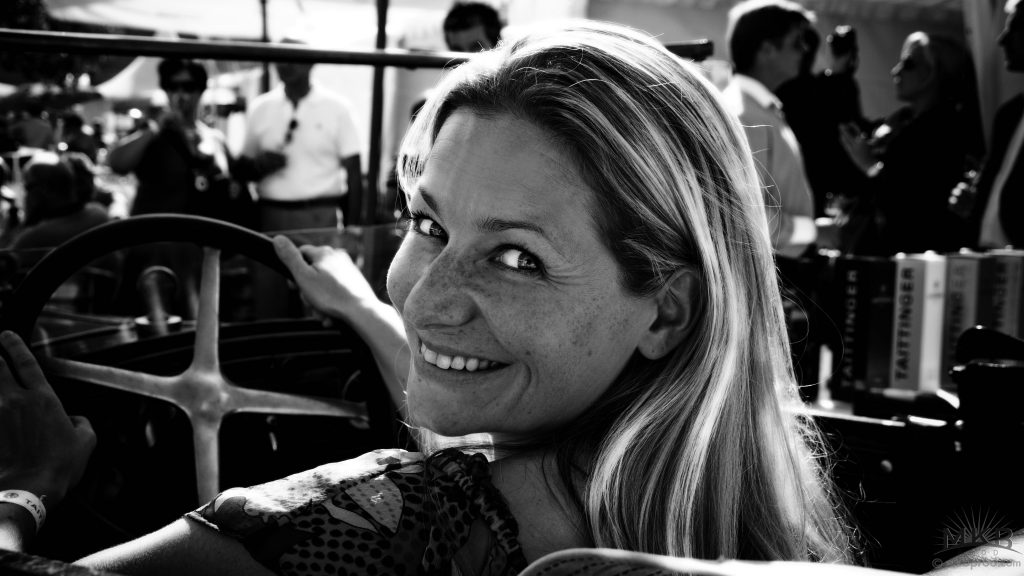 Essi Avellan is Finland’s first Master of Wine and the second ever from the Nordic countries. For her MW studies she wrote her dissertation on single-vineyard Champagnes and won both the Lily Bollinger Medal for best taster and the Tim Derouet Memorial Award for best overall student. Avellan has written a book on Champagne called Matka Champagneen (Tammi, 2010) and has fully updated and revised the 3rd edition of Tom Stevenson’s award-winning Christie’s World Encyclopedia of Champagne & Sparkling Wine which was published in November 2013. She is now working on helping to update the fourth edition. She has also recently published her own book, Essi Avellan’s Champagne Guide.

After a pHD and early career in chemical research Dr Tony Jordan became a lecturer in oenology at Charles Sturt University. With Brian Croser he established a winemaking/viticulture consultancy Oenotec Pty Ltd in the 70s before joining Moet Hennessy as MD/Winemaker at Domaine Chandon in the Yarra Valley in 1987, a role that soon expanded to include consulting to the Chandon wineries worldwide. He was appointed chief executive of Domaine Chandon, Cape Mentelle and Cloudy Bay NZ in 2003. In 2008 he ‘retired’ and re-established Oenotec Pty Ltd. He now consults on red and white still and sparkling wine production across Australia, New Zealand, the UK and Asia. Dr Jordan has judged at all key Australian and international wine shows in the UK, South Africa, Hong Kong and New Zealand.