“When wine in screwcaps was introduced there was hesitancy. Now we have our choice of great wines in screwcap. It may take time for some consumers to come round but the quality of the wine will be the determining factor.”

There are two constant themes in the echo chamber that is wine industry chat: lack of innovation and getting consumers to trade up. Well, leave it to a sassy woman to address both issues with imagination. Karen Hardwick, a seasoned wine industry professional, is the founder of ZÜ, or Zeitgeist Ünion, a canned Grüner Veltliner retailing at £5. Hardwick started her career in soft drinks but the wine bug bit on a California holiday. She joined Robert Mondavi in the UK, got her WSET qualifications and showed her entrepreneurial flair when she became a mother: “I started up The Wine Academy which I ran for 10 years,” she says. “This allowed me to keep learning while being the mum I wanted to be. Not only did I run public WSET courses but I also worked with supermarkets, Michelin-starred restaurants and hotel chains to help their staff to develop their wine knowledge and confidence.”

Anyone who manages a household with children while running a business knows that this takes the kind of organisational skills that no MBA will teach you. These skills were recognised, and Hardwick returned to being an employee.

“In 2012 I was invited to join PLB as head of on-trade,” she reports, staying there through the Bibendum and Conviviality takeovers until 2017. “I moved to Berkmann, learnt lots about fine wine but ultimately I enjoy the pace of grocery and joined Kingsland in December 2018.”

She now is national account controller for Tesco at Kingsland Drinks and has developed the Zeitgeist Ünion project in her own time with Kingsland being “supportive”.

The project was born out of frustration:“When working with Bibendum and Berkmann I would often make the journey from London to York two or three times a week. On the late train home I’d see beer drinkers have their choice of high-quality, interesting craft beers. While the choice of wines was uninspiring,” she says.

Enrolled as an MW student at the time, she started researching the canned wine market as a possible dissertation subject, “just kept going” and Zeitgeist Ünion was born.

Hardwick has both feet on the ground, is clear about the various aspects of the wine market and continues to be an employee: “The day job involves the management of the Tesco business [for Kingsland], packing millions of litres of wine every year at our bottling plant in Manchester as well and working with our bottled-at-source suppliers,” she says.

If there is one thing she loathes about the wine industry it’s snobbery: ”Working in the UK I face that quite often. I’m so proud of the fact that we manage to provide affordable wines with varietal typicity that most people can afford.”

Why did she go for a canned wine?

“So many reasons,” she says. “The weight and environmental impact, the fact that it’s single serve, easy to recycle, quick to chill and the space on the can allows for creative design. And it felt like a moment in time for wine,” she says. “Hence the name ‘Zeitgeist’. The design reflects moments that defined the spirit of that time. It started off as a rough timeline in my sketchbook. However, I am no artist and a fantastic local designer called Danny Harrison brought the design to life. I always wanted it to be fun and not too serious.” Hardwick moved fast: “I had been gathering info and researching the market for about 18 months but only decided to go ahead and pack my own wine in April 2019.” She then launched it at the York Food Festival in September 2019.

It was a bold move to launch with a relative niche variety like Grüner Veltliner, but Hardwick is fully behind it.

“The growth in GV and its slightly quirky character fitted with the brand essence of ZÜ,” she says. “Also, I like Grüner so chose to can something I would enjoy drinking. The name came first and the choice of wine was second. I looked at so many options from Encruzado to Albariño but the Grüner tasted best from a can.”

For now, the wine is being canned at a facility in Luton but she hopes that in future it might be canned by Kingsland. Zeitgeist Ünion, almost a deliberate craft beer lookalike, is aimed at “anyone who doesn’t want the weight or quantity of a full bottle, especially for travel retail and festivals. Rather than be a craft beer lookalike I just wanted it to be engaging and fun.

Zeitgeist Ünion retails via specialist retail like Flagship Wines in St Albans, House of Cans at Kings Cross and Field and Fawcett in York as well as online. At £5 it is not cheap, but that is a deliberate move: “It’s a premium wine,” Hardwick says confidently. Right now in lockdown she is busier than ever, “as the grocery market sees an increase in wine sales, particularly bag in box,” she says, her days are filled with Zoom meetings and admin for the day job.

Lockdown has also affected Zeitgeist Ünion: “We’ve seen cancellations of festivals and events which has impacted us in the short to medium term. We’ve put the wine to good use donating it to key workers in and around York. Their feedback has been fantastic and I’m delighted that I’ve been able to give back in a small way,” Hardwick says.

“I’ve also been able to plan for what is going to be a very different landscape for some time to come. Looking at ways of recreating the festival feel at home and for online retail.”

Hardwick also looks further ahead and is hoping to launch Californian Zinfandel and Provençal Rosé at some point. “Both great quality wines with even quirkier, playful designs. Once lockdown ends, travel retail gradually opens and online continues to grow, I’d like to start the development of the new designs and variants.”

Hardwick is confident about the future of premium wines in can and draws an apt parallel: “When wine in screw caps was introduced by Kingsland for Tesco there was hesitancy. Now we have our choice of great wines in screwcap. It may take time for some consumers to come round but the quality of the wine will be the determining factor.”

Hardwick’s optimism is commendable, and her outlook clearly is long term: “I’ve tried to make every design very modern and reflective of defining moments in time. While the Covid situation is tragic in so many ways it has also brought out the best in people. That has given me some ideas for designs as well,”she says.

Look out for the colourful cans and savour the wine. It has the typical Grüner zippiness and texture. 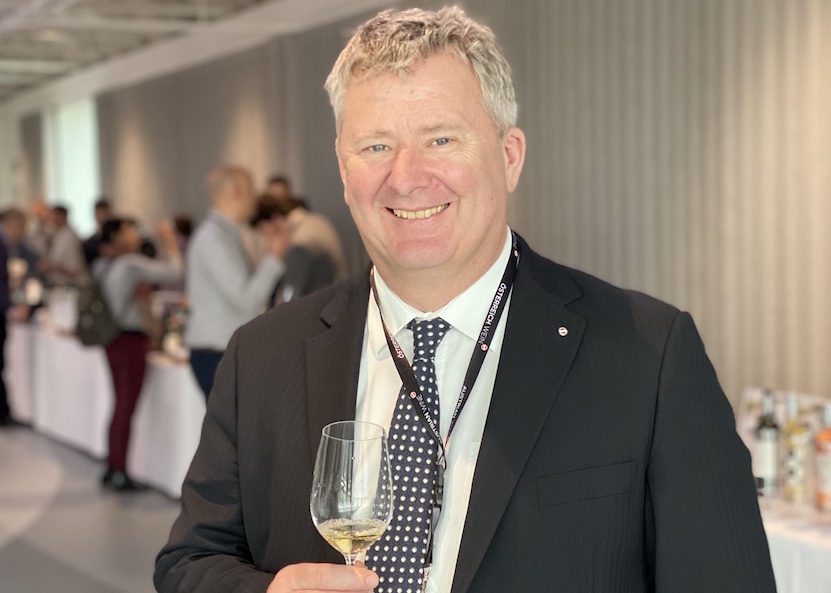 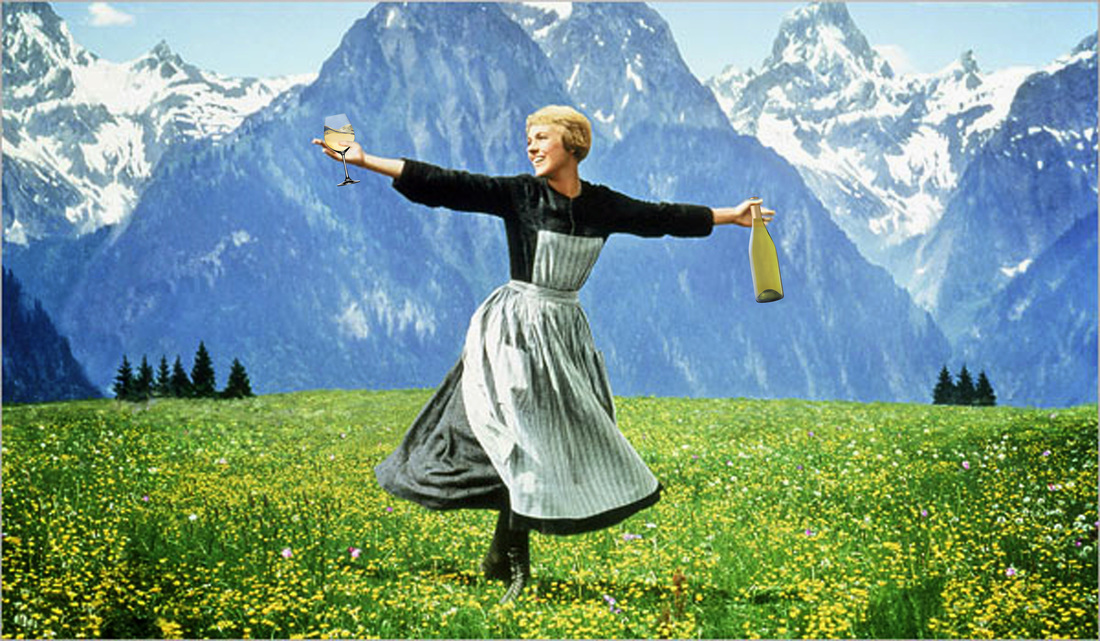 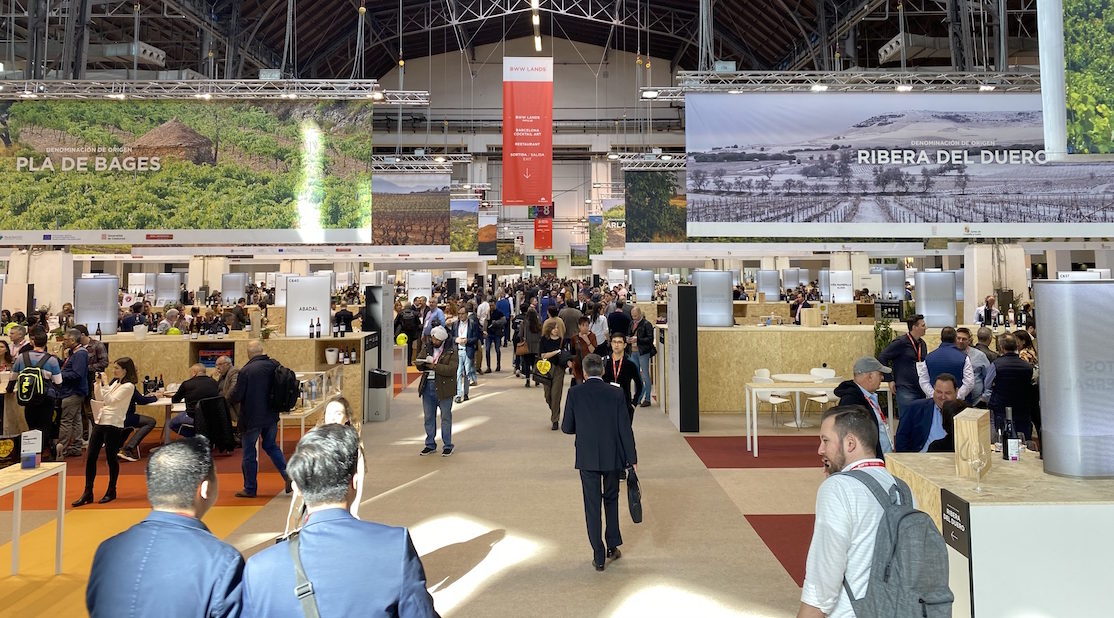 So how good was this week’s first Barcelona Wine Week show? 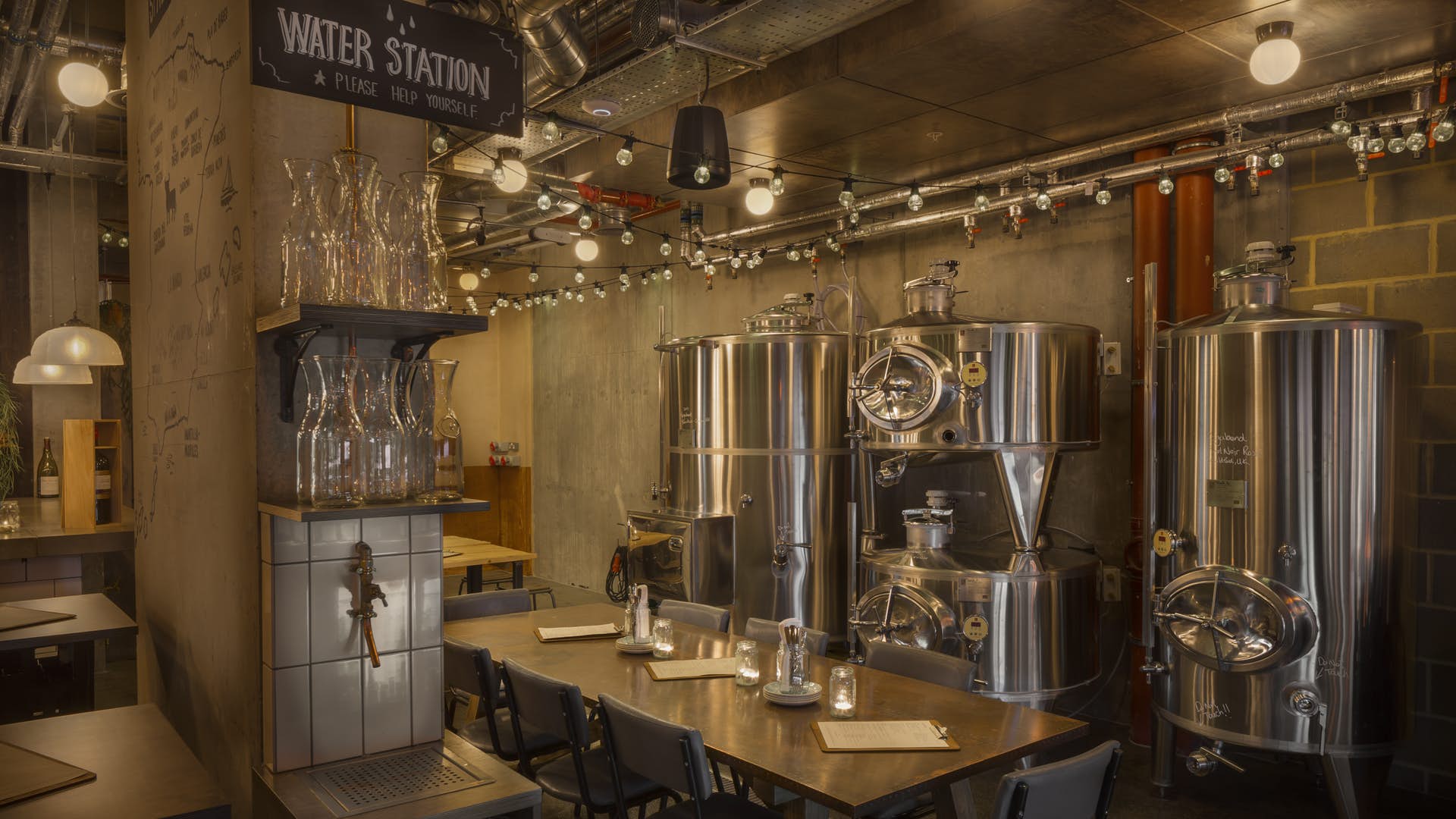 CGA & The Buyer Report: What Are The Next Big Things in Wine?