Tom Lewis on a diversity & inclusion code of conduct

Tom Lewis sets out the parameters and steps that need to be taken if the wine and wider drinks industry is to be able to take the steps it needs to take on diversity and inclusion.

Recent wine trade behaviour scandals have led to various calls from victims and leading industry figures for “something to be done” such as increasing diversity and inclusion or ensuring better standards. Beyond the general handwringing or slacktivism of adding social media likes to worthy posts, how does the wine trade actually start moving toward this goal?

The challenge is primarily behaviour change, which can be achieved through two ways: effective regulation and behavioural nudges.

I have a several decades’ experience of working in a behaviour-change industry as a regulated practitioner, so I’d like to offer a perspective on the challenge.

If you want to ensure high behavioural standards, you need to have some form of effective regulation; it can statutory (enshrined in law) or self-regulation (voluntary). In my profession as a chartered accountant, I am regulated by the ICAEW (other chartered accountancy bodies are available).

Having worked hard to prove my credentials at the beginning of my career, if I am subsequently found to have behaved unethically, I can be stripped of those all-important letters after my name and my career prospects will change accordingly.

This form of regulation by the ICAEW is effective for the following reasons:

A more day-to-day analogy is the driving test; at the time of taking your driving test, you must prove your competence in safely driving a car. If you are subsequently found to have driven unsafely, you can have that entitlement to drive taken away from you. So, each time you get in a car to drive, there is the implicit knowledge that you must drive safely in order to retain that entitlement.

In both cases, there is a reward for ethical behaviour vs a sanction for inappropriate behaviour.

If the wine trade really wants to ensure high ethical standards of behaviour towards all, then it needs to put in place some form of reward and some form of sanction.

In the UK, the Institute of Master Wine is the highest, most exclusive level of wine qualification and has an extremely thorough code of conduct. However, that exclusivity cuts both ways as it regulates the behaviour of only a few hundred people.

So the starting point for behaviour change throughout the wine trade is an all-encompassing Code of Conduct that every practitioner in the trade, whether communicator, educator, buyer or seller of wine signs up to both on entering the trade and regularly thereafter.

Putting such a Code of Conduct into place will require some form of “Grand Alliance” between the various trade bodies involved, the AWE, CWW, PRCA, WSET and so on. And it needs to be broader than just the wine trade, encompassing the entire (alcoholic) drinks trade.

Getting all these bodies on board will be the starting point in changing the trade for the better. And the first step to getting them on board is to build a broad base of support from as wide a range of stakeholders as possible, such as current and future members as well as current and future users of members’ services.

The initial communication challenge is to: 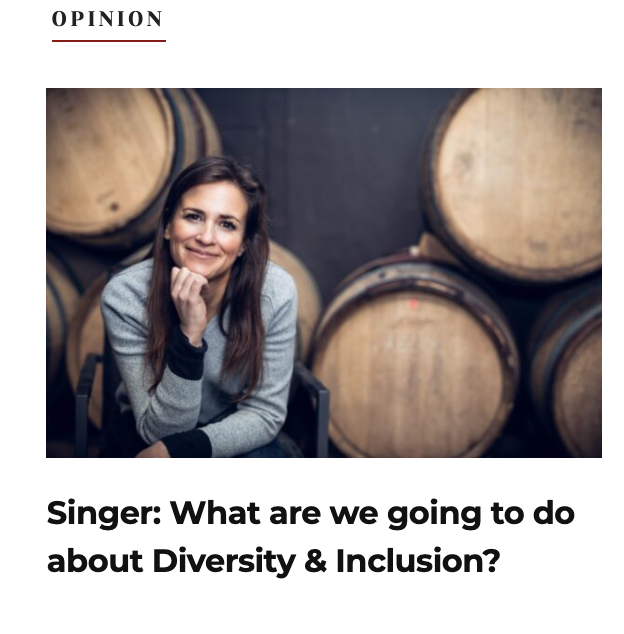 The next step is to turn support into action; a broad base of people who are aware of and sympathetic to the issue does nothing by itself to bring about change; it merely creates the conditions under which change can be made to happen.

In order to keep moving ahead, it will require a person or, more likely a smallish and cohesive group of people, to maintain forward momentum. But where to? This requires a very clear and specific end-goal in mind before setting out.

The end goal has to be the natural conclusion of current sentiment; it is likely to be something like all drinks industry membership organisations in developed countries signing up to a comprehensive and rigorous code of conduct and to enforce that code of conduct effectively.

The initial message does not, perhaps should not, be the same as the end goal. As the leaders of change, this group of people will need to take people on a journey.

My inspiration for mass behaviour change has long been the 1982 film Gandhi. Gandhi’s journey starts, literally and figuratively, with him being thrown off a train as a newly-qualified lawyer in South Africa for having the temerity to travel first class in a racially segregated country. This leads him to launch a protest by burning the identity card that non-Europeans must carry at all times but which no European even has to have. It ends (many years later) with him achieving peaceful independence from British colonial rule for India.

Anyone thinking about the behaviour change journey needed for the drinks industry would do well to watch the film of Gandhi’s life, reflect on his approach and listen to some of his speeches

At a more practical level, you will also want to draw on the work of experts in the fields of regulation, communication and behaviour change. For it is one thing to outline a broad-brush approach to doing something in theory, but something quite different to develop and lead a movement that makes real change happen in practice.

Case Study – Diversity and inclusion in the advertising sector

In 2016, the then president of the Institute of Practitioners in Advertising, Tom Knox, decided to make diversity and inclusion a theme of his two-year Presidential Agenda. The intention was to drive improvements in the representation of women and people from a BAME background in advertising generally but especially in senior positions.

Knox arranged for the IPA to create an annual survey of all member organisations (some 250 advertising agencies) to report their staff gender balance and BAME representation. The results of the survey were then turned into a league table with exclusive coverage given to a trade publication. 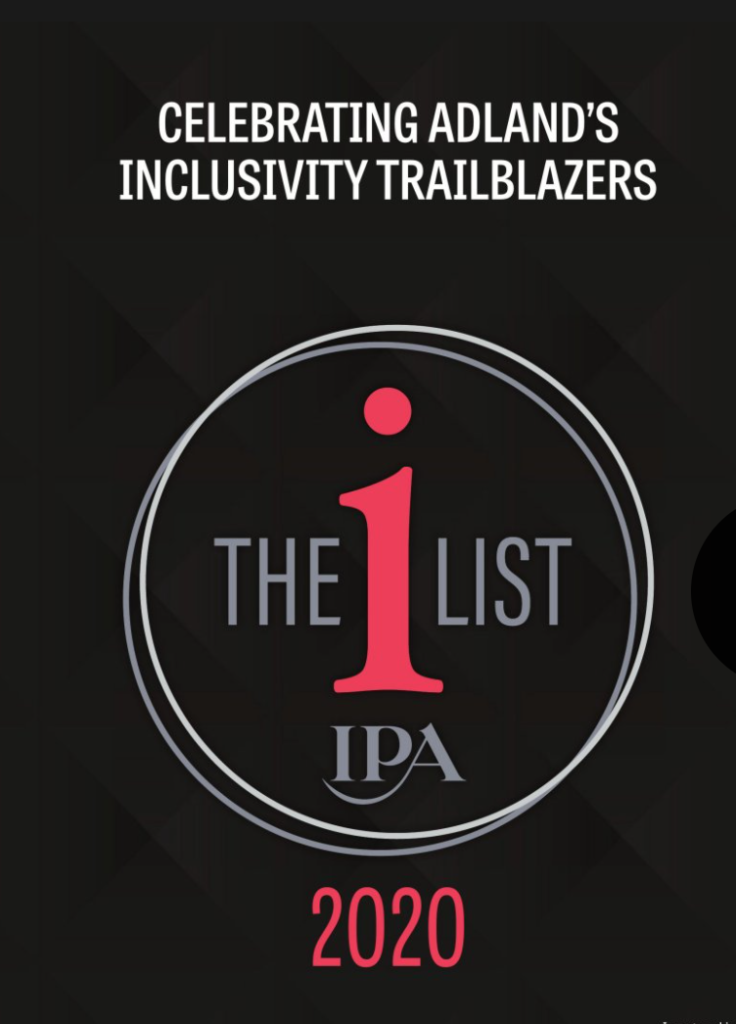 The survey achieved a number of mindset and behavioural changes: