Jerry Lockspeiser: fear and loathing in the wine aisle

If you are looking for a good book to read this Christmas then you can have great fun with Peter Stafford-Bow’s debut novel, Corkscrew, about the naughty goings-on in the wine trade. But as it is written under a pseudonym, Jerry Lockspeiser says you can have just as much fun trying to work out who it is.

If you are looking for a good book to read this Christmas then you can have great fun with Peter Stafford-Bow’s debut novel, Corkscrew, about the naughty goings-on in the wine trade. But as it is written under a pseudonym, Jerry Lockspeiser says you can have just as much fun trying to work out who it is.

Imagine the fun you could have putting the seedier, normally unpublishable stories about life in the drinks trade in to print… 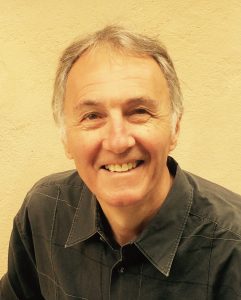 We all love an inside story. A bit of mud raking and a few exposés about what really goes on behind closed doors is a lot of fun. There can’t be a football fan across the land who hasn’t heard of The Secret Footballer, an ex-pro turned whistle blower writing a Guardian column – and then five books – about what really happens in the professional game. TSF, as he is known, gives us enough information to believe he really is spilling the beans, all without declaring the names of the people he is writing about.

The question every fan wants to know is – Who is he? Led by www.whoisthesecretfootballer.co.uk fans have poured over the clues for years. The leading suspect – to many a stonewall certainty – is Dave Kitson, formerly of Reading and Stoke City.

And so with a great big HURRAH we welcome Corkscrew by Peter Stafford-Bow, the nearest thing the wine trade has to TSF. PSB, as we should call him, is a pseudonym. Of course, the delighted chatter amongst wine trade friends is who is he? Or perhaps that should be who is she? Let us not forget the Georges – Sands and Elliot. One thing is for sure – the author knows wine and the business of wine like the back of their hand. I had a déjà vu frisson on several occasions when reading.

Unlike TSF, PSB’s book is a novel loosely based on the goings on in the trade, not a naming and shaming of real events and people. But what a novel it is! Think of the style of Hunter S Thompson blended with Tom Sharpe, with characters born of a meeting between Roald Dahl and Gerald Scarfe.

This is the tale of Felix Hart, an egotistical, testosterone filled, swashbuckling life eater in the mould of Rik Mayall’s Alan B’Stard. We follow Hart’s rise through the ranks of the trade, from paltry off-licence employee to head of the country’s largest supermarket.

Trampling – or screwing – all before him in pursuit of advantage, fired by copious amounts of wine and a secret South African powder, Felix introduces us to people, places and events that are variously laugh out loud, cringe making, brilliantly parodied and uncomfortably revealing.

The supplier conference, Minstrels of Wine exam and world beating Asti Spumante promotion are just a few of the highlights. Judging by my relatively tame experience during 30 years in the trade, Corkscrew is gloriously over the top, and all the better for it.

PSB has given us a real page turner, with a clever plot and fiendish characters. That it should appeal to the general reader, way beyond the wine trade enclave, is one of its great merits. That PSB has self-published is another, and worthy of support. It’s a rollicking ride with more than a few home truths and – so long as you are comfortable with frequent B’stard like references to Felix’s meat and two veg – highly recommended.

There are good reasons for writing under a pseudonym, notably to protect identities or create intrigue. It seems Corkscrew is served mostly by the latter. Some scenes are close to the bone, but I doubt any nail a specific person or company. The Institute of the Masters of Wine might take umbrage at the Minstrels of Wine, or Tesco at Gatesave, but that would require a pretty big sense of humour failure.

There are, of course, nefarious goings on in the wine business. There are in all walks of life. To expose actual events would require a TSF approach, for obvious reasons. I have seen a thing or two over the years. These, for example, all from 15 years or more ago:

The buyer of a major UK supermarket having a brown envelope stuffed in his shirt pocket by an Italian supplier hoping for a listing. He gave it back.

The female buyer of a major supermarket being taken by a supplier to an expensive car show room and told to take her pick. She didn’t.

Sitting in a café in the southern Rhône valley watching wine trucks with Burgundy plates driving past empty, returning full a while later. No guesses why.

Vinexpo: A producer of New Zealand Sauvignon Blanc giving a sample to another from the Loire valley at a time when Kiwi production was ample and the French was not. It could just have been a style reference.

Enquiring about the vintage of the wine we were tasting during a visit to a winery in north Africa to be asked:  “What vintage would you like”?

Not to mention the Czech brewery who offered me a free weekend in their holiday house in the mountains accompanied by two young women. When I politely declined they protested “but they are very attractive!”. Felix Hart would have jumped at the chance.

So PSB, if you’d like to get in touch and share a few experiences you know where to find me. I have a hunch who you might be, and I am not telling. I am not good at many things, but I am very good at secrets.

John Downes: how animation can help shake up wine education