“Over the years I have come to the conclusion that the real heroes of ideas are not the people who have them – they are the people who buy them,” Gluckman writes. 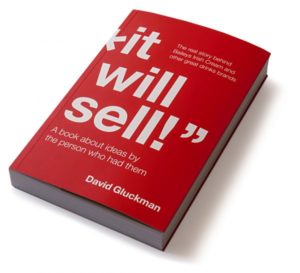 Hands up! I have only just finished reading David Gluckman’s book That S*it Will Never Sell, this is despite it coming out two years ago and despite Gluckman’s feature about Seedlip being the number one most read feature on The Buyer.

Gluckman’s Buyer feature Why Seedlip is the Emperor’s New Clothes still gets well over 1,000 new readers a week and it was also ‘published’ two years ago on The Buyer. The reason for this success? A number I think: it is rare to get longform opinion pieces in the drinks business that are critical and come from a place of knowledge; it is extremely well written; and it is also about a market-defining low/no alcohol product that is still undergoing  international roll-out.

Don’t just take my word for it – if you Google ‘Seedlip’ then you will find that the highest-ranking editorial material on Seedlip is Gluckman’s feature – if people want to read editorial comment about Seedlip this is the first place Google takes them. OK so we have configured the Search Engine Optimisation correctly, but the fact is that Gluckman is a drinks inventor raising some interesting questions about a newly-invented drink.

The Seedlip feature keeps ‘running and running’ because it strikes a chord with most of us who are interested in drinks. He is an ideas man who believes in the power of intuition and ‘ballsiness’ rather than executives in a committee culture hiding behind test scores.

The other features Gluckman has written for us are similarly read daily: There is a feature on Why drinks brands should be braver; how he came to invent Aqua Libra, the defining low/no alcohol product of its time, famously cited by Princess Diana as her favourite drink. There are many more that are worth checking out.

Gluckman left his job long ago as an ideas man for International Distillers & Vintners (IDV) where he invented Aqua Libra and Bailey’s, the world’s most commercially successful cream liqueur. But even today as an octogenerian he is still actively involved in the drinks business, covering conferences for The Buyer, writing books and all with a better handle on digital communication than many people in the drinks trade.

“You know you really should read my book,” he said on more than one occasion. So, stumping up my £25 I duly obliged. 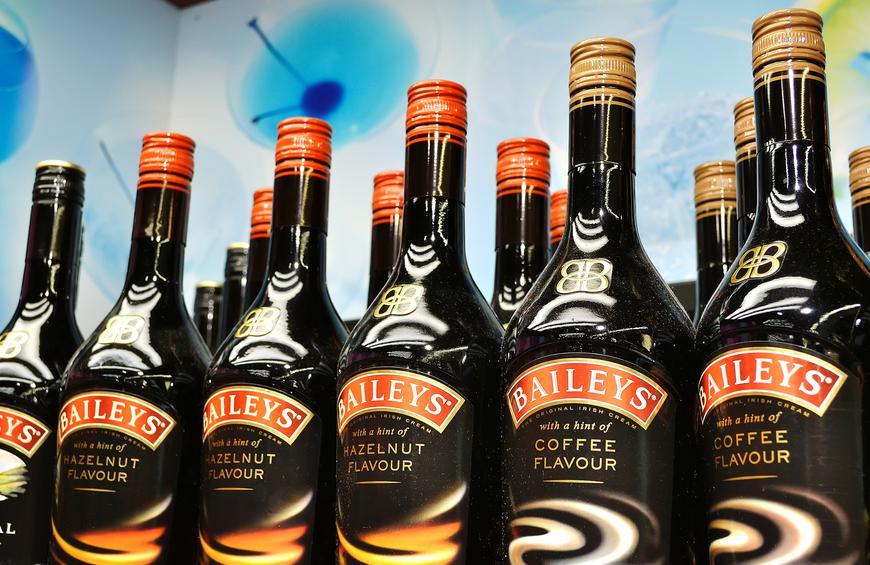 The elephant in the room

I remember Elvis Costello once saying that when he dies all they’ll play on the radio will be Oliver’s Army even though he’s written many better songs. With Gluckman he will always be referred to as ‘the man who invented Baileys’ even though his list of successes includes Aqua Libra, Purdey’s, Le Piat D’Or, Cîroc and Tanqueray Ten, some of those arguably ‘better’ drinks.

It’s refreshing that he gets Baileys out of the way early on in the book. The story of how the original thought took 30 seconds and was fully-formed as an idea in 45 minutes is brilliant. Running down from his Soho studio to the corner shop to buy cream, drinking chocolate and so on, mixing it and having a prototype within an hour or two is genius given that since 1973 the drink has sold between 1.25 and 1.5 billion bottles. The fact that all he received was £3,000 for all-in development makes the eyes water.

The heroes behind Baileys, he writes, are unquestionably Tom Jago and Mac Macpherson. Jago (legend of the drinks trade and father of Berry Brothers former CEO, Dan) drove the idea through an otherwise reluctant IDV management, and Macpherson perfected the now famous emulsification process that brought the world its first cream liquor. But the idea behind it came from a packet of butter and a corner shop in Soho.

Gluckman does not try and disguise the fact that he helped create a type of Frankenstein. “Most people of legal drinking age regard Baileys as a bit naff… a call for a Baileys in a smart West End bar is hardly likely to register you as one of the ‘beautiful people’,” he writes.

In fact his ascerbic view of drinks invention and marketing as a whole is such that at parties he tells people he’s an undertaker rather than have to go through the whole ‘what’s a drinks inventor?’ spiel. He is happy to quote a friend who tells him he ‘has the palate of a plumber’, “given that plumbers earned a lot more than I did in those days, I took it as a compliment.”

At the vanguard of the low/ no-alcohol industry

Gluckman is a fine, witty writer with interesting tales to tell of the drinks industry over the past 40 years. I particularly loved stories that summed up the working culture of the time – waiting to pitch an idea to an executive who arrives three hours late after a long lunch who then spends five dismissive minutes on the idea; entertaining a supplier with an empty bottle of Mouton Rothschild re-filled with cheap Rioja; the use of graphic designers, fax machines, focus groups and the many ‘tricks of the trade’.

I like the fact that he chose for the book’s title the phrase “That S*it Will Never Sell” which is what a titan of the drinks industry, Abe Rosenberg, said of a finished bottle of Baileys before it was launched. Rosenberg, who made J&B Rare the number one whisky in America, also said that he thought the green background of the Baileys label reminded him of US uniforms in Vietnam!

The book is not short (336 pages) but it is easy-to-read and episodic which makes it, in my mind, really useful for the drinks business today to access sections that could easily have useful insights on future brand development.

This is particularly true of Gluckman’s experience with the low and no-alcohol market that he was at the forefront of. Anyone in today’s low and no-alcohol business will find sections of this book essential reading – how he and his colleagues stumbled on the ‘positive health’ market before developing Purdey’s. Why did that brand continue until today while others failed?

The book is also full of ideas and observations that are relevant to drinks, such as ‘how do you invent a wine?’ but could easily come from other self-help marketing books on the shelf. “Someone in the pharmaceutical industry once said “if you want to make money out of a new cure, create a new disease.”

“Over the years I have come to the conclusion that the real heroes of ideas are not the people who have them – they are the people who buy them,” he writes.

And talking about his ‘one idea only’ approach to pitching ideas: “As a consultant and a specialist in the field, a purely speculative approach to ideas is an abdication of one’s responsibility.”

Anyone who’s in the drinks industry will enjoy this book, or indeed those fulfilling a product development role in any FMCG market, and if you were a drinker in the 70s to Noughties there is plenty to smile, laugh and cringe about.

That S*it Will Never Sell  is published by Prideaux Press and can be bought online by clicking here.