“Assyrtiko, although white, has a high polyphenolic content, which creates an antioxidant reaction and therefore protection from cardiovascular diseases, similar to red wine.” 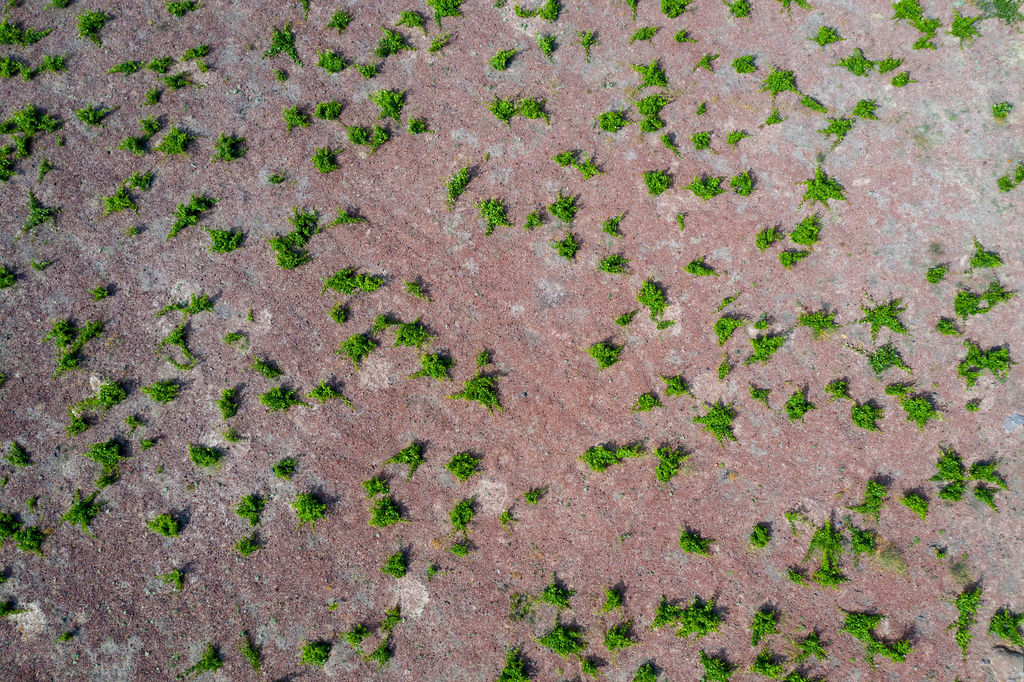 PDO Santorini wines are required to be vinified from at least 85% Assyrtiko, with the remaining 15% from the white grapes, Athiri and Aidani. Ironically, although the PDO requires that yields must exceed 6.5 tons per hectare, they rarely get above 3 tons. The PDO also includes the naturally sweet wine, Vinsanto, which originated in Santorini, and is made from sundried grapes, a tradition followed since antiquity. In addition, for naturally sweet wines only, small amounts of the white “xenologous” grapes Gaidouria, Katsano, White Muscat, Monemvasia, Platani, Potamisi and the pink skinned Roditis are also allowed.

The unique character of the PDO Santorini wines, which require the use of local varieties, is a result of the extreme growing conditions on the island, that include volcanic soils, strong winds, extreme heat, very little rainfall, and the exclusive pruning system only found on the island. In fact, due to this unique volcanic ecosystem, the vines for centuries have been pruned in circular baskets with the grapes being trained inside the basket to protect them from the wind and sun.

To add to the difficult process of viticulture there, because of the elevation on much of the island, which can go up to 400 meters in altitude, as well as the sandy soils, many of the vineyards are terraced to avoid erosion of the soil. Finally, in order to maintain the typicity and high quality of the Santorini PDO, after each harvest the new wines are examined by an official tasting committee. Only the ones meeting the organoleptic and technical standards of the PDO Santorini are allowed to be sold as such.

There is archeological evidence supporting cultivation of the vine on Santorini dating back almost 5000 years. However, it was the devastating volcanic eruption, circa 1630BC, that created the Santorini we know today. It not only carved out the dramatic, crescent-shaped caldera, but also catalyzed the geological uniqueness that gives these island wines their exclusive qualities. The explosion left behind a mixture of volcanic ash, pumice stone, pieces of solidified lava and sand, which together make up the singular soil of Santorini called “aspa”.

Here, an estimated 1300 hectares of vines grow in soils that have little to no organic matter, but are rich in essential minerals. The volcanic soil contains very little organic matter and even though the soil does contain potassium, it is not absorbed by vines. The result is that without enough potassium to offset the large degree of tartaric acid, the wines have a naturally low pH level, high acidity and their classic mineral character. In addition, the absence of clay and abundance of sand means an inhospitable environment for Phylloxera, which has never affected the vines, remaining ungrafted for millennia.

In spite of these distinct advantages, the growing conditions of Santorini are harsh. Santorini is hot and dry, due to a severe lack of rain, maxing out at around 400mm per year, falling mainly during the winter. When the rains do come, they drain through the porous, volcanic soil gathering deep into the earth, where it remains until the summer’s heat draws it near the surface to nourish the vines. The main source of water, though, comes from the sea fog that envelops the island during the evening and early morning hours, due to the active volcano reacting within the surrounding sea. This mist is absorbed into the soil, pumice and other volcanic rock, only to be returned to the vines during the arid daytime, when they need it most.

Cool, northern winds, known as “meltemia”, not only transport the salty sea air that blanket the vines, but also keep botrytis and mildew away, significantly reducing any need for vine treatments beyond organic methods. These difficult conditions and methods of maintaining the vineyards have dissuaded many would-be growers from using their land to grow grapes, which together with the lure of revenue generated by the island’s booming tourism, have reduced the vineyards by half since the 1960s.

However, this trend has recently slowed as demand for the wines has grown significantly and abandoned vineyards are slowly being reclaimed. In addition, there has been a new initiative on the island to train the next generation of growers in the traditional methods of Santorini vine cultivation. All of these evolutionary and environmental factors together comprise the mythic uniqueness that is Santorini.

Santorini is believed to have the world’s oldest, continually cultivated vineyards on earth. But like any good story, the actual age is still under debate. One key element is the form of vine-training which is one of the most unique on earth. The vines, known as “kouloura,” are pruned to grow in round, concentric circles forming a basket shape. After many years of such pruning, the scarce nutrients must travel several metres to finally reach the grapes, greatly affecting the yields.

At around 75+ years of age the older baskets, due to the reduced production, are severed at the base of the root near the surface of the soil and discarded. A new plant will eventually sprout from a dormant eye on the old rootstock, where a new basket will be formed, producing a harvest in 2-3 years. It is documented by the growers that this procedure has been performed at least five or six times over the last few centuries, making some of the original rootstock several hundred years old!

One of the finest noble white grapes of Europe, Assyrtiko’s origins began in Santorini. It dominates the Santorini landscape comprising 70% of all vineyard plantings and is grown in a field blend with the more than 30 other varieties native to the island. Not surprisingly, Santorini is where Assyrtiko gives its most unique expression of character. This is due to the climatic struggle that it must endure, as well as the influence of the island’s volcanic soil and microclimate. It has the unusual quality of maintaining high levels of alcohol and acidity at the same time, making it one of the few white grapes of the Mediterranean that also possess very long ageing potential.

Assyrtiko produces full-bodied, dry white wines with citrus aromas, combined with a distinct mineral character. Assyrtiko is also blended with Athiri and Aidani to make one of the world’s best sweet wines, Vinsanto, which also has its first origins in Santorini.

According to research carried out by the Agricultural University of Athens, in collaboration with the Department of Pharmacy and the Biochemistry of Thessaly, Assyrtiko, although white, has a high polyphenolic content, which creates an antioxidant reaction and therefore protection from cardiovascular diseases, similar to red wine.

How Crete can make wines like nowhere else on Earth