It’s ironic considering its name and subject matter that the Old Vine Conference has made such an impact in such a short period of time and done so much to shine the light on the work being done the world over to not just preserve old vines but celebrate them. That was very much the theme of the first Old Vine Conference field trip for a group of leading wine professionals who travelled to Veneto to see and hear the influence that old vines can still have on modern viticulture, as Mattia Scarpazza reports.

It’s ironic considering its name and subject matter that the Old Vine Conference has made such an impact in such a short period of time and done so much to shine the light on the work being done the world over to not just preserve old vines but celebrate them. That was very much the theme of the first Old Vine Conference field trip for a group of leading wine professionals who travelled to Veneto to see and hear the influence that old vines can still have on modern viticulture, as Mattia Scarpazza reports.

Villa Bogdano 1880 and Azienda Zani in Veneto northern Italy were the hosts of the first Old Vines Conference field trip which gave the chance for wine professionals to see the impact that old vine viticulture can have .

At the turn of the 19th-century wine was considered to be an everyday necessity in Friuli, and much of Europe for that matter, as water was vastly impure and clean water was not readily available. Wine and beer were the most secure way to hydrate, and the older generations treasured their vines and made sure that they could live for the longest time with a multigenerational mindset. A hundred and twenty years later the average vineyard life expectancy is 10 to 15 years – where we are going wrong?

In early November a group of wine specialists participated in the first field trip of the Old Vine Conference, co-founded by Sarah Abbot MW and hosted by Villa Bogdano 1880 in Lison, north of Venice.

Over two days, lectures from Professor Carlo Petrussi, ampelographic researcher, and Professor Mario Fregoni, teacher of viticulture at the University Cattolica of Milan, took place in the historical vineyards of Villa Bogdano and Azienda Zani in Faedis Friuli.

Upon arrival at the Azienda Zani in Faedis one immediately sees the humbleness of the setting, a stark contrast to wineries in other famed wine regions. But if vineyards could speak, I would rather listen to the stories of those at Zani’s – and drink its wines.

The reverence that the family holds for their half a hectare heritage vineyard is deep, as Professor Petrussi explained: “The vineyard is the original planting from 1885. At the time most vines grew among other cultures and vineyards were only reserved to wealthy families in Friuli and those were only a few and far between.”

The plot is planted with a number of varieties, the principle one being Refosco di Faedis.

The scope of the trip was to learn about how old vines and what happens to them as they age and what in the past was done differently than today.

“Historical viticulture respected the need of the vine rather than us imposing on it,” said Professor Petrussi as he described why the vines are all twisting, bending, and curving back on themselves. The fear is the skill in how to plant a vine and keep it alive for a long time is seemingly being lost.

Since 1984, Professor Petrussi has been responsible for the preservation of this heritage vineyard and its study.

“Post 1950s viticulture has changed, that is when we started contemporary viticulture,” he claimed as he described how many times he has tried to save pre-1950s vineyards for the next generations only to fail as the owner has pulled the vines up for economic reasons.

The situation has not been helped, claim the two professors, by intensive subsidies from the European Community that effectively encourage farmers and growers to uproot their vineyards and plant new ones often using techniques that are not sustainable for the long-term future of the planet

It’s clear on visiting the vineyards of Zani, and more so Villa Bogdano, that they are polar opposites to what the Veneto region’s ‘agenda’ is with Prosecco DOC and Pinot Grigio DOC. Here producers are looking to cherish their vineyards and make it their strength, whilst others appear to be doing the opposite.

Having the chance to go to Villa Bogdano in Lison was a throwback to viticulture that has evolved with experience through the generations. It includes a small parcel of 117 vines that were planted between the 1880s and the 1900s in Cordone Padovano and are thought to be among the last surviving examples of the ancient training types.

Tocai Friulano biotype green is the variety planted, although Tocai has been dropped from the official name. The vines are still producing grapes.

Domenico Veronese, owner of Villa Bogdano, said: “This summer in the 90 days of drought those vines didn’t even notice it, it was business as usual.”

The estate also has a large planting of pre-50s vineyards that are among largest in Italy, according to Professor Fregoni.

Veronese took over the property in 2016 and has been carefully looking to see what he can do to protect the vines and the estate, including renovating the cellars and its tower. “Before my arrival, this was an eco-monster that reminds us of the brutality of the infrastructure in Italy of the 80s and 90s,” he said.

“The priority now is a company’s need to produce a large number of grapes and not the intrinsic needs of the vine,” added Professor Petrussi during a masterclass on the philosophy of the vineyard.

He explained the steps that can be taken to look after vines, including winter surface root cuttings and how it is all about planting and managing your topsoils so you simulate the plant root system to grow deeper, searching for water, and creating large rootstock reserves.

The two pictures show the difference in the health and propagation of the roots. In years where heat and drought are prominent, the machine-planted vine with its small root system needs irrigation to survive. This stimulates surface rooting and each season the plant becomes more dependent on irrigation.

Professor Fregoni, honorary president of the OIV, painted a grim picture if more producers don’t take the necessary steps to look after their vines.

“I worry that in the future we will be talking about Vitis Vinifera like we do the Panda,” he said reflecting on the growth of internationally recognised varieties that are being planted to replace local, indigenous varieties that are slowly disappearing. Fregoni has championed un-grafted vines, arguing that “we accepted the use of American rootstock globally even though it is known that the two tend to reject each other” -particularly with plantings of Syrah.

He called on Domenico Veronese to use a parcel of his Villa Bogdano vineyard as an experiment,  calling it the new Camargue arguing that Phylloxera is sensitive to asphyxia and that submersion of an un-grafted vineyard in the wintertime would stop the propagation in the vineyard.

Sarah Abbott MW said the trip captured perfectly the aims of the Old Vine Conference: “We are trying to create a category that recognises the strength and potential of old vines.” 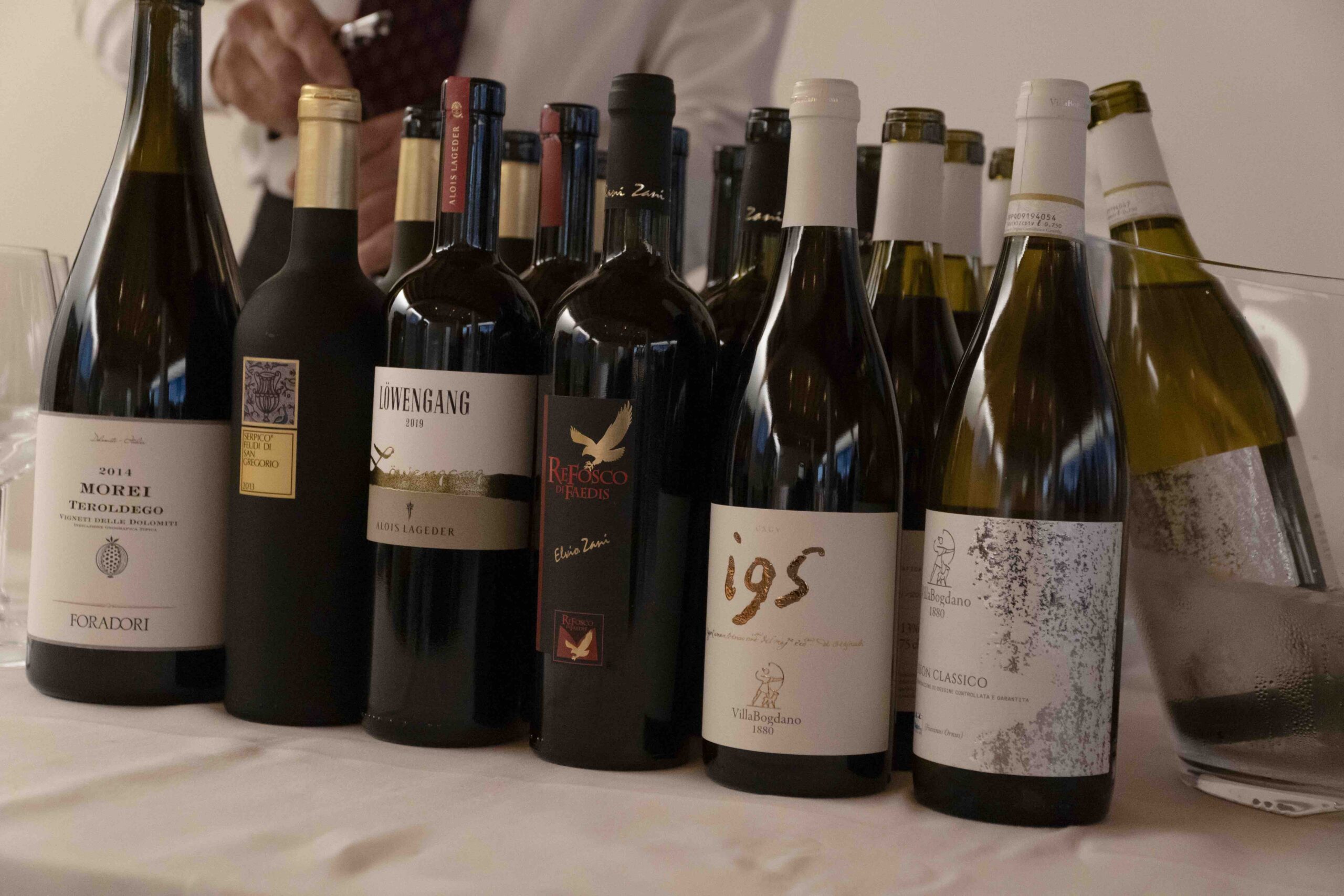 You can find out more about the Old Vine Conference at its website here.

You can read The Buyer’s profile on Villa Bogdano and the work it is doing with old vines by Mike Turner here.

How modern Barossa Shiraz is ‘two steps forward one step back’