A dedicated website, tastings calendar, social media campaign and daily updates are just some of the ways in which you can keep abreast of #BourgogneWeek. Plus the BIVB’s official take on the 2015 vintage.

Louis Latour and Louis Jadot, two of the biggest names in Burgundy, entertained me late last year in Beaune, the official capital of the Côte d’Or. There were a number of vintages to taste, including the 2015 that gets an official launch this week.

What is immediately clear is how approachable all the wines are at such an early stage. Because it is a sunny vintage with a lot of heat at the tail-end of the harvest, the reds do not have that customary grip and the whites, although variable from when producers chose to pick, could be opened now quite easily. One reason perhaps to explore village wines and entry level rather than plumping for the 1er and grands crus.

Rather amusingly the region’s official body the Bureau Interprofessionnel des Vins de Bourgogne (BIVB) is employing a secret wine ‘detective’ who they refer to as BourgogneHolmes who will be visiting all of the tastings this week and putting up daily updates on the dedicated website www-bourgogne-week.com

“The feedback we have received from the UK trade on this site has been positive,” says François Labet, President of the BIVB Commission. “They seem to appreciate our goal of showing support for the week, and trying to simplify the process of getting from one tasting to another through putting as much information in one single place as possible.”

Later in the year, the BIVB is taking the Sherlock Holmes idea to new heights with what it is calling an ‘unlock the secrets’ theme.

Labet continues: “We aim to use the unlock the secrets message to show the sometimes ignored side of Bourgogne. Many people concentrate only on the super-premium part of the offer, but we have 100 appellations in the region, and the majority of these are accessibly priced. Our strategy is to target the key influencers – primarily on-trade and independents, who talk to their customers and hand-sell the wines. We will show them a different side of Bourgogne, giving them the keys to unlock the secrets of the region – secrets which need to be told.”

One of the reasons everyone is making such a fuss about the 2015 vintage is because of its quality but also because of the reduction in harvest of the 2016s – a fact that will push up prices next year and put a squeeze on allocations. Best buy your Burgundy now is the general consensus, especially as it’s a great vintage.

2015 was not the largest harvest – down 3% on the 10-year average – with red wines responsible for the biggest slide, down 12% over a 5-year average. If it hadn’t been for increased production in the area’s Régionale wines (which make up 50% of all Burgundy production) then the overall harvest figure would have been further down.

But, as for the quality, there is unanimous praise. Jasper Morris, Burgundy Director for Berry Bros. & Rudd has said that there has been unprecedented demand for the 2015. You can read his assessment of the vintage here.

The BIVB’s official line is that the grapes were perfect, the fruit in impeccable condition and at optimal ripeness – “a winning duo”.

Things went very fast in 2015, both in the vineyards and the winery. Flowering took place in early June, followed by véraison in mid-July, with the start of harvesting at the end of August. The weather dictated the tempo. Winemakers had to adapt to this sustained pace and these unusual conditions, which resulted in some magnificent grapes, the foundation of a great vintage.

The BIVB has shared with us its official report on the harvest: 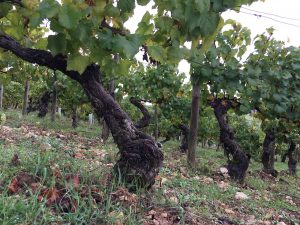 In Chablis and the Grand Auxerrois, the wines have great aromatic quality. They express pleasant notes of ripe fruit and citrus, and show a lovely suppleness whilst retaining sufficient crispness. The 2015 vintage is superb and can be drunk young, while the Chablis Premier Cru and Grand Cru will benefit from lengthy ageing.

You can read The Buyer’s views on Chablis 2014/5 and pick up on our top 6 recommendations of wines to buy here.

Richness and concentration are the watchwords of this vintage. The nose typical exhibits intense floral and fruity notes. Upon aeration, they also reveal notes of nuts and spices. They are full and generous in the mouth, with impressive body and length.

The wines are rich and dense, with wonderful aromas of ripe fruit and nuts. They are opulent and perfectly balanced in the mouth. They can already be enjoyed, but these wines also have good ageing potential.

2015 is a magnificent vintage, offering well-structured wines with great aromatic depth. They are both broad and powerful, without losing any of the elegance that characterises them.

These wines are fleshy and smooth, with nicely rounded tannins. They are indulgent wines that can be served young.

The wines are deeply coloured and offer an unusual aromatic palette of well-ripe red and black fruit, overlaid with delicate floral notes and subtle aromas of spice and nuts. The mouth is balanced, full, has great smoothness and rounded and silky tannins 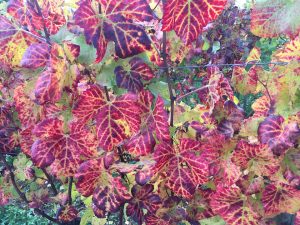 The wines are showing spectacular aromatic expression. Fragrances of berries mingle with those of ripe fruit and spices. The tempered acidity and softness of the tannins give the wines a pleasant roundedness and ensure a very nice finish.

The nose is dazzling, dominated by intense notes red berries and spices. In the mouth, the wine is structured, full-bodied, and perfectly balanced. The tannins provide a remarkable framework, whilst remaining very silky. This is a vintage of exceptional quality with strong ageing potential.