“There is so much more to Rioja than Gran Reservas in American oak – though I have some real favourites in that category,” says Sarah Jane Evans MW about the Ultimate Rioja project. “The image of Rioja has not caught up with the reality.”

“Rioja has changed. There’s a whole world beyond the Gran Reservas and Crianzas. It’s French oak, as well as American, and carefully handled. It’s unoaked too. It’s made in concrete and in amphoras. It’s white – and not just Viura. It’s rosado, and traditional method sparkling, and sweet,” Evans says.

But how can we communicate this diversity to the consumer, who might have narrow expectations of Rioja?

“Diversity is not an easy message, as it can be confusing,” Evans explains. “But for sommeliers and for independents, this diversity means there’s a chance to bring originality and differentiation to a Rioja section.”

Differentiation was certainly celebrated in this selection of wines, illustrated by the wide selection of grapes being embraced by producers. In particular, it was clear to see the impact of the rehabilitation of Garnacha in Rioja, which Evans is delighted by.

“Garnacha can be so delicious and there are special sites for Garnacha in Rioja, especially at altitude. The renaissance of Garnacha really adds to the diversity amongst the reds, and let’s not forget Graciano, too, and Mazuelo (elsewhere known as Cariñena).”

As well as Garnacha, the other topic on everyone’s lips was Rioja’s move towards site-specificity with the Viñedo Singular category.

“With the Viñedo Singular, there is inevitably some growing pains but there’s time for things to be adjusted and developed as it settles in. For the moment, my experience has been good: for instance, in a blind tasting held last July of 30+ Viñedo Singular in the Consejo Regulador, the quality was very consistent.”

“Don’t let’s forget though, that some of Rioja’s great wines are and always will be blends, across the region and across varieties. Like Bordeaux, Rioja learned how to blend. There’s room for both.”

With these changes has come a new open attitude amongst a wave of wine growers. Evans explains that Rioja is talking more transparently about its soils, its sub-subregions and its vineyards at altitudes.

“Rioja Oriental is finally making itself heard, thanks to a small handful of producers,” says Evans. “I’m struck, too, by the number of young new producers starting up. Rioja is not just a network of the traditional names, and a few big brands. We can all recognise the success of marketing the ‘brand Rioja’ message.”

“It’s time now for one of the world’s great wine regions to talk in a much more detailed fashion about its terroir. Back in 2018 I reproduced Pepe Hidalgo’s proposed 9 subzones for Rioja in my book on The Wines of Northern Spain. He recognised much more subtle differences than simply Rioja Alta, Alavesa, and Oriental.”

What makes ‘best in class’ Rioja?

Taking this revolution in Rioja into consideration, I asked Evans what elements were the judges looking for when they were selecting the ‘best in class’ wines and was there a stylistic theme running through them?

“When you are blind tasting for a competition like this, you are looking for quality overall, but also typicity – does it taste like Rioja? Does it express its variety/ies? Is there individuality? Are these wines we will still be talking about afterwards?”

As for a stylistic theme, Evans is glad to say there wasn’t one. “We were looking for character and individuality as well as typicity, and Rioja can give you all of that. Further the judges brought wide-ranging expertise across the on-trade and off-trade. We brought different experience to the table and debated about the best wines energetically. The best thing was the buzz when one table found a wine that really excited them.”

As a nation of wine lovers, Rioja does still excite us. There has been an increase in value UK Rioja sales this past year (+16% from Jan 2021 to Jan 2022*) and consumers are still happy to spend more on Rioja than any other Spanish wine. What does Evans think is behind this Spanish love affair?

“Undoubtedly with all the home delivery and online shopping during Covid, many people were buying what they felt comfortable with, and Rioja was a very certain bet. As we couldn’t go out to eat during much of that period, there was also a chance to trade up, to spend more at home than usual,” Evans says.

“Rioja, in all its facets, can be delicious. There’s the confidence ‘brand Rioja’ gives which has been so strongly marketed over the years. But then within the brand, there is huge diversity, which means there is room for everyone to explore.”

Evans’ final comment on the new wines coming out of Rioja? “Snap them up!”

My top picks from the Ultimate Rioja tasting 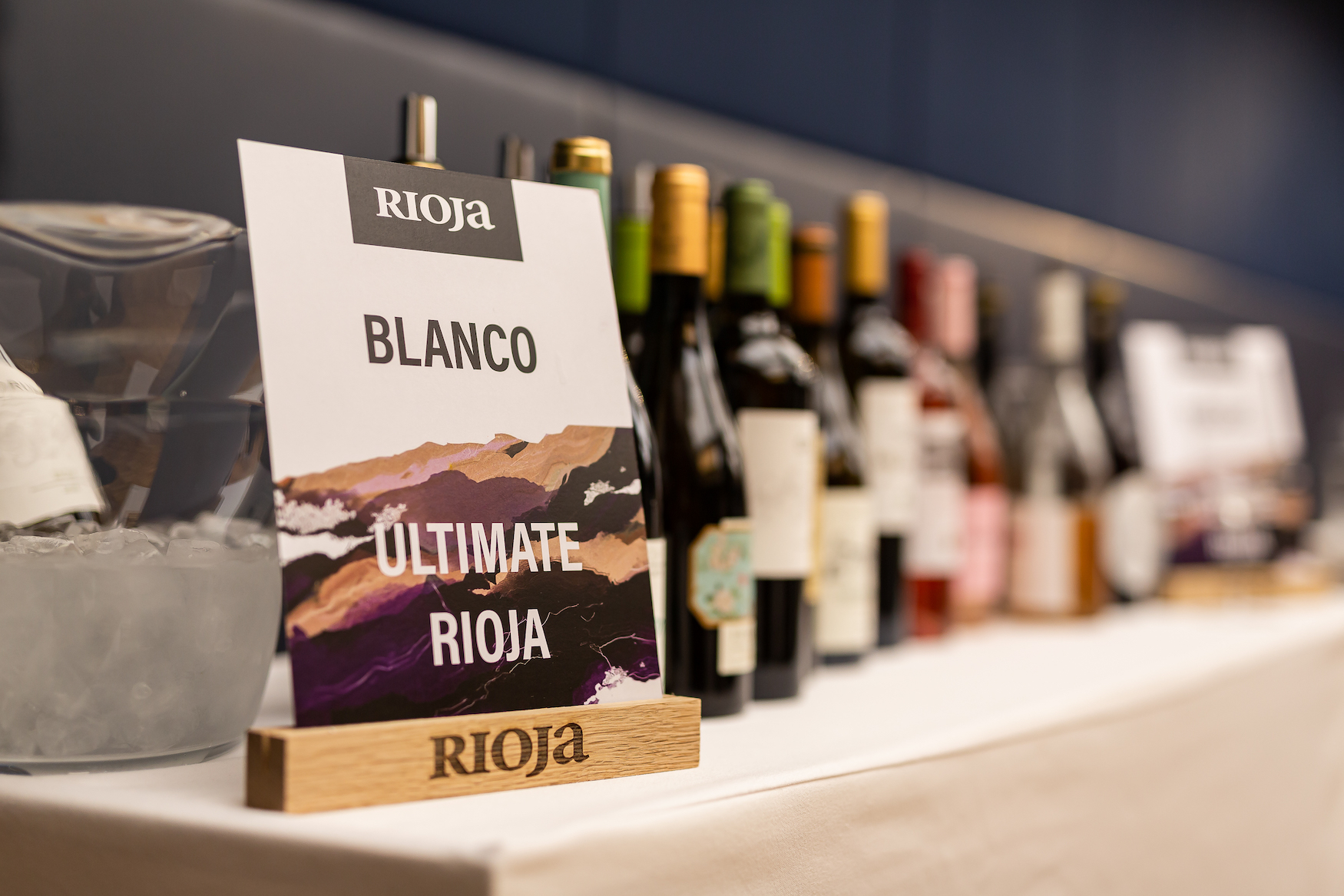 A delicate nose belies a rich palate of rounded fruits and soft oak, which contrasts with a bracing acidity. A second taste reveals mineral notes and a long, saline finish. (Seeking UK distribution)

This 100% Garnacha rosado is a dry, full-bodied savoury and gastronomic wine, with notes of red cherry and red plum. The structure of this wine is impressive, with very present tannins (though a soft mid-palate makes it very seductive) and length that goes on and on. Not your wispy rosé, at a punchy 13.5% abv. (Neill & Co Wine Importers)

This Crianza is excellent value at £18 and tastes much more expensive. Plush red fruit and toasted coconut on the nose, with a gorgeous velvety texture and well-integrated alcohol. (Justerini & Brooks)

This 100% Graciano Crianza is very appealing on the nose, with concentrated dark fruits mingling with dark chocolate and coffee beans. These notes generously come through to the palate and create a rich and lingering finish. (Walker & Wodehouse Wines)

Interesting herbal aromatics mingling with damsons, black plums and goji berries. The palate is soft and floral with a sweet and tangy balsamic reduction note on the finish. Very intriguing. (Vintage Roots) 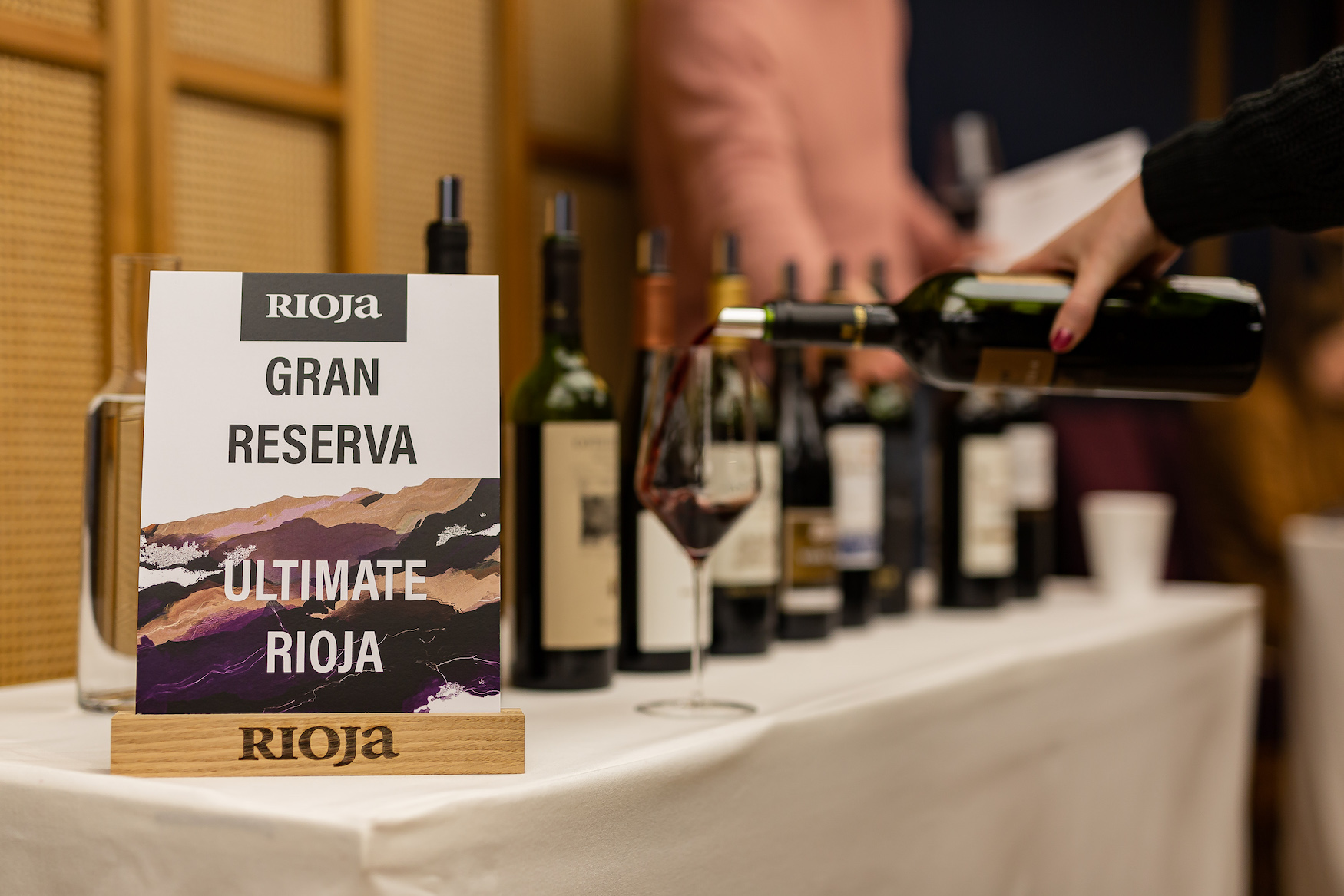 Smoke and spice, with concentrated plummy fruit. A beautiful, brooding Gran Reserva to get lost in. (Liberty Wines)

A Gran Reserva to challenge the senses, this Tempranillo has been made with lightness and precision. With bright fruit and delicate oak, it feels so elegant on the palate. Glorious. (North South Wines)

Soft and approachable with hidden depths. Fleshy red fruits from the 100% Garnacha Tinta and an obsessively silky texture. (Jascots)