“Sopron is still the self-proclaimed ‘Capital of Kékfrankos’. Kékfrankos wines can range from medium-bodied, high-acidity everyday sippers, with notes of cranberry and pomegranate, to deep, rich and bold showstoppers,” writes Longhi. 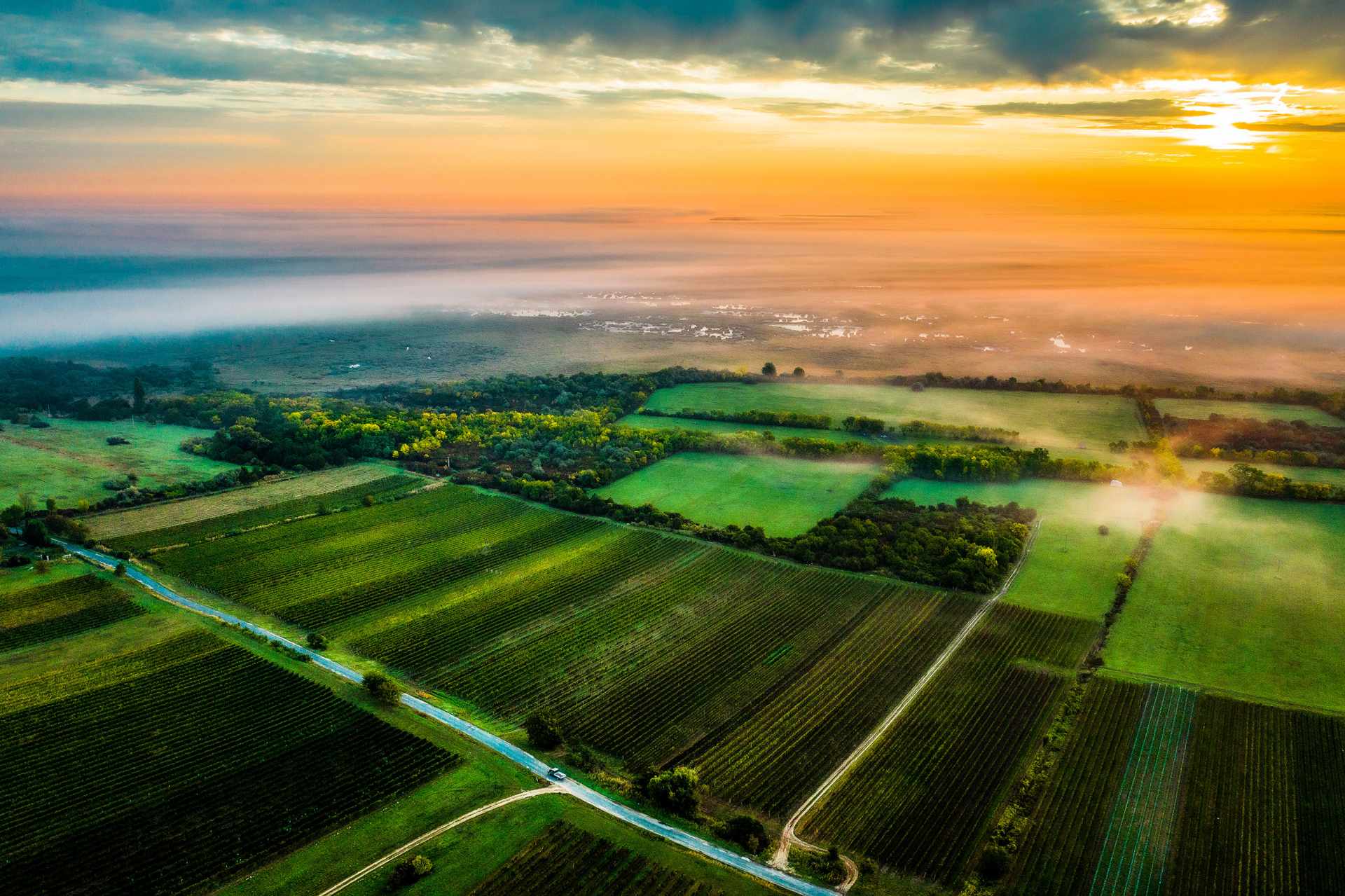 Sopron is arguably one of Hungary’s most intriguing wine regions. Pronounced ‘shop-ron’, it claims to be the oldest wine region in Hungary, with roots dating back several thousand years, when Celtic tribes settled there. It was the Romans afterwards who established Sopron’s (then ‘Scarbantia’) viticultural traditions, which set the scene for Sopron wine to become one of Hungary’s most valued exports up until the end of the 18th century. Sopron wine was such hot property that it was kept within the city walls rather than in the cellars in the vineyards because of theft. The town’s fire tower, the Tűztorony, would be guarded with a soldier who would alarm the town if an outsider was on the approach with barrels.

It’s not only historical richness that draws wine lovers to Sopron, but a cultural richness too. Located in the northwest of Hungary, Sopron shares both a border and a language with Austria (German, as well as Hungarian, is spoken and also written on traffic and street signs), a culture (it’s the only place in Hungary where some wine taverns are called ‘Buschenschank’), and a flagship grape variety. Austria’s Blaufränkisch is Hungary’s Kékfrankos, which accounts for two thirds of Sopron’s plantings.

A continuation of the ‘sub-alpine’ Austrian landscape, Sopron is influenced by the Alps, which provide a continuous western wind onto the vines. Another major climatic influence is Lake Fertő, which moderates the temperatures throughout the year with its huge water surface. The landscape in Sopron is visibly different to the rest of Hungary, but it’s also what is going on beneath the mountains and lakes which sets Sopron apart.

Bálint Lőrinczy, founder of Steigler Winery in the outskirts of downtown Sopron, tells me why the soils of the Fertő area are unique within the whole of Hungary. “The soil is mainly based on mica schist, but slightly blended with limestone. In this region, the 20 million-year-old mica schist from the very eastern edge of the Alps met the two-million-year-old sediment from the Pannon Sea, providing limestone elements. This unique blend of soil gives this exciting flavour: mineral, with sometimes even a touch of salt.”

The vineyards around the lake, where there is more mica schist, are considered to produce the finest Sopron wines. There’s a unique microclimate there, where warm air is trapped above the lake, helping the grapes to ripen, but the mountain breezes lower the humidity and keep the air clean and fresh – which is great for healthy grapes. For the Steigler Winery, these conditions “support organic viticulture,” says Lőrinczy. “You feel the fruit, the minerals. The wines perform by themselves, as they were born on this terroir.” 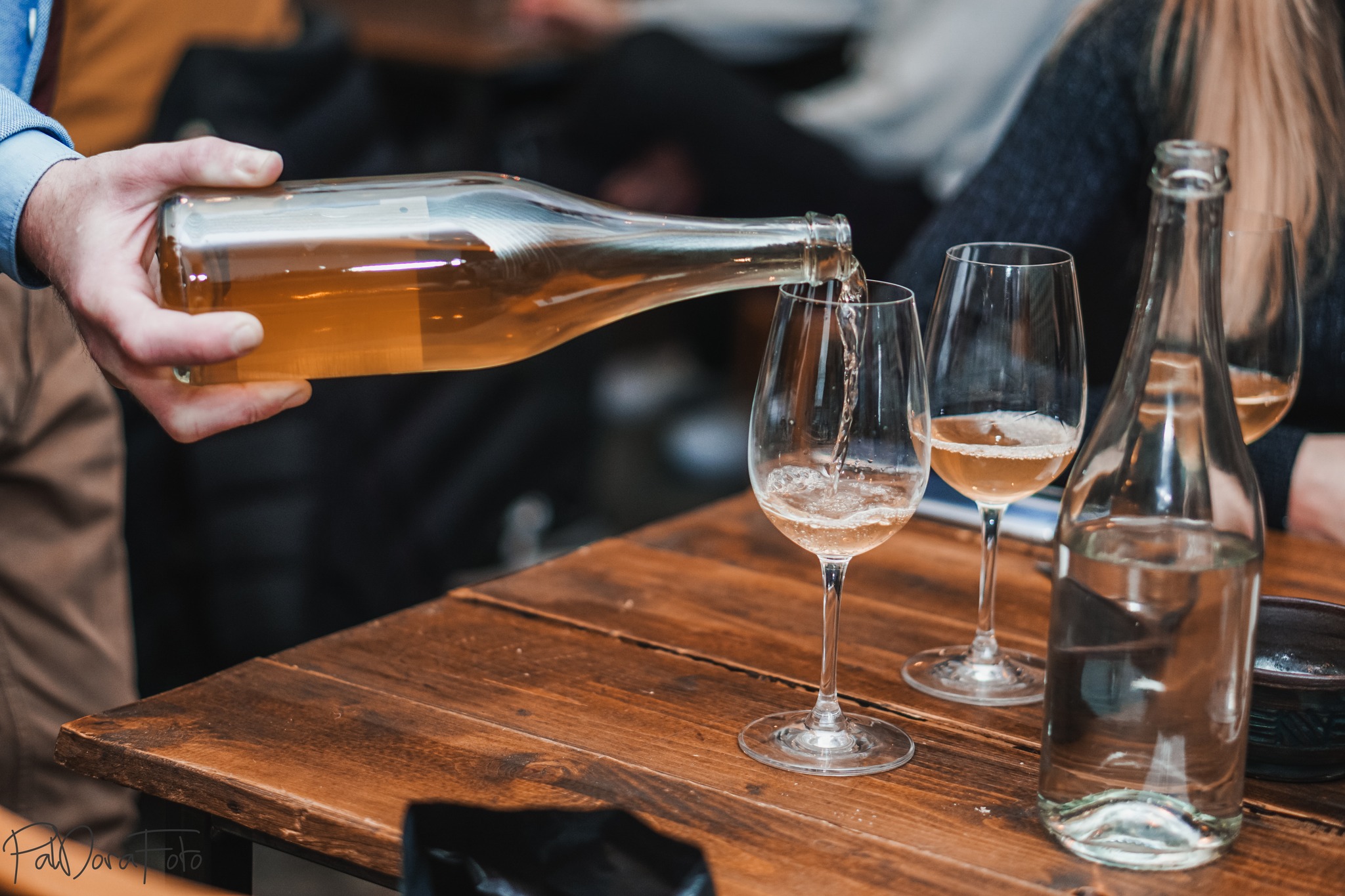 Varieties and styles in Sopron

The Sopron wine district was once exclusively associated with white grapes, led by Hungary’s superstar, Furmint. “Once [Furmint] was the main variety of the Sopron region,” says Lőrinczy, “which was more known for its white wines than for the red ones. After the 19th century it slowly disappeared from the region.”

Zöld Veltelini (Grüner Veltliner) took over from Furmint in popularity and it is still the most commonly grown white variety in Sopron today. Other white varieties include Irsai Olivér, Riesling (known as Rhine Riesling in Hungary), Sauvignon Blanc, Chardonnay and Pinot Blanc, among others.

While Sopron mainly produces still wines, there’s a small amount of traditional method sparkling wines coming out of the region, thanks to its cool climate and calcareous soils. One of Sopron’s most well-known winemakers, Kurt István Taschner, pours his Taschner Blanc de Blancs 2018 for us at the top of the Tűztorony. “We are making history,” Taschner says, referring to the first time sparkling wine has been served in this special location.

The Taschner Blanc de Blancs is an homage to Champagne, with attractive aromas of melted butter and green apples, which come through to the palate pleasingly in a froth of fine bubbles. His Taschner Irsai Olivér 2021 perhaps provides more of a sense of place, with its seductive floral notes and frivolous spritz. It certainly is a charming aperitif to kick off a traditional Hungarian dinner at Erhardt Panzió.

There are also rosé wines, like the SPRN Rosé from Stubenvoll, which challenges the copy-cat Provence style found across the globe, with Levantine spice and rose petal notes softening the fresh, crisp edges. The SPRN Rosé is a contemporary, playful offering, made from a blend of Kékfrankos, Zweigelt and Cabernet Sauvignon.

Though the rosé and white wines are gaining recognition (the Steigler Premium Furmint 2020 received 90 points from Decanter), Sopron is still the self-proclaimed ‘Capital of Kékfrankos’. Kékfrankos wines can range from medium-bodied, high-acidity everyday sippers, with notes of cranberry and pomegranate, to deep, rich and bold showstoppers.

The Steigler Premium Kékfrankos 2020 is a structured and elegant style. There is ripe, pure cherry fruit, a hint of oak, baking spices, vanilla and chocolate tones, with a lift of herbal freshness on the finish. The Steigler Winery has been operating organically since Tamás Varga joined as estate manager in 2018 and they have been certified as fully organic since 2021. Lőrinczy hopes that more wineries will follow in their footsteps: “Hopefully more and more wineries will switch to organic production, thus letting the real terroir perform in the Sopron wines.”

Kékfrankos might be king for now but other black varieties are gaining prominence in Sopron, including Cabernet Sauvignon, Zweigelt, Pinot Noir, Merlot, Cabernet Franc, Dornfelder, Blauburger and Syrah. I taste the Luka Zweigelt 2019 made by Enikő Luka, which is paired with goose leg and red cabbage. It’s a wine full of contrasts – at once powerful and delicate – and evidently made with finesse. This is the kind of wine that I would describe as ‘international’ in style. It has that “oomph” and richness that we so crave in the west, but with a lightness that makes it drinkable and versatile, demonstrating Sopron’s potential to produce outstanding wines for the global palate.

Wineries to explore in Sopron:

Trentino steps into the limelight as key Italian wine region