“Yarra Valley was one of the first New World wine regions to challenge Burgundy with delicate, bright, fruit-driven Pinot Noir, and its Shiraz are refined and silky and more delicate than some other Australian Shiraz,” writes Jones.

Wine Victoria is the trade body that looks after the wine regions of Victoria, now the name Victoria might not jump out to you as a famous wine land, but once I throw in a few of her more famous wine regions you will soon release that this is a goldmine of an area for Australian wines, funnily enough it was in actual fact a part of the gold rush of the 1850s, where it produced twenty million ounces of gold between 1851 and 1860, one third of the world’s output at the time.

In Australia there has been considerable debate about the origins of vines in Australia. James Busby is generally regarded as the originator of Australian vines and collected approximately 500 different vine cuttings from around the world in 1831. Jump forward to 2022 and the state with the greatest viticultural diversity – Victoria – still has vines whose DNA can be traced back to those original cuttings.

The three largest Australian wine producing states are South Australia, New South Wales and Victoria. The oldest of these is New South Wales where the Hunter was the pioneer region. South Australia is famous for its Barossa Valley but Victoria has been better known as a state of diversity. It is a very small state but it contains 21 separately defined wine regions. In Australia a wine region has a defined geographical indicator that is based on a minimum production of 500 tonnes per year from at least five wine grape vineyards of at least 5 hectares each that do not have a common ownership and be contained in a single tract of land. Thus, for example, the large number of small vineyards in Tasmania means that although it produces thousands of tonnes it only has one defined wine region: Tasmania.

In Victoria, case in point is the Gippsland zone, where it has a large area and many famous vineyards such as Bass Phillip but due to their small size and separation there are no inner regions. Compare that to the similar sized North East Victorian zone which has five wine regions within its area, each producing over 500 tonnes of wine grapes a year.

The wine variety of Victoria is quite exceptional, one of the most diverse in the world. The geographical setting of Victoria means that it produces all wine styles from rich fortifieds through to delicate white wines such as Marsanne to Pinot Gris, and reds such as Gamay, Sangiovese, Nebbiolo but, of course, produces world class Shiraz, Chardonnay and Pinot Noir, amongst others.

Many of the regions are quite small and lack the resources to gain any advocacy/influence in the legislative world of state and federal parliaments so Wine Victoria works to represent all wine regions, and is essential in helping the smaller guys.

Victoria is made up of six wine zones, each containing wine regions with the exception of Gippsland as noted above. 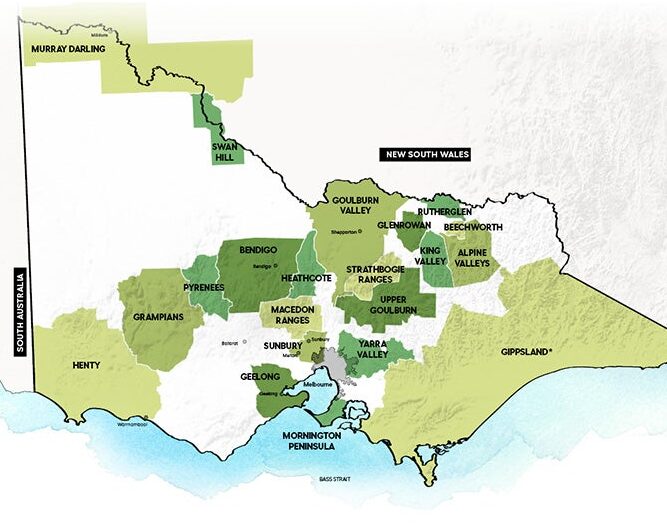 Here I dip into a few of the regions…

The most famous winery here is Tahbilk, established in 1860, with $50,000 investment, quickly establishing a market in the UK and producing some 70,000 cases a year by 1875. When phylloxera hit the region, Tahbilk was the sole survivor, today Tahbilk still retains its original cellars and produces world class Marsanne, amongst many other wines, including the 1860 Vines Shiraz.

Marsanne is one of the world’s rarest grape varietals, and Tahbilk holds the largest single holding of the varietal in the world. Originally from Hermitage, and first established in the Yarra, Tahbilk has Marsanne vines dating back to 1927, thought to be one of the oldest plantings in the world.

Within the Goulburn Valley, the cooler Nagambie Lakes sub-region has been established, and this is where most of the wineries are based including Tahbilk and Mitchelton. 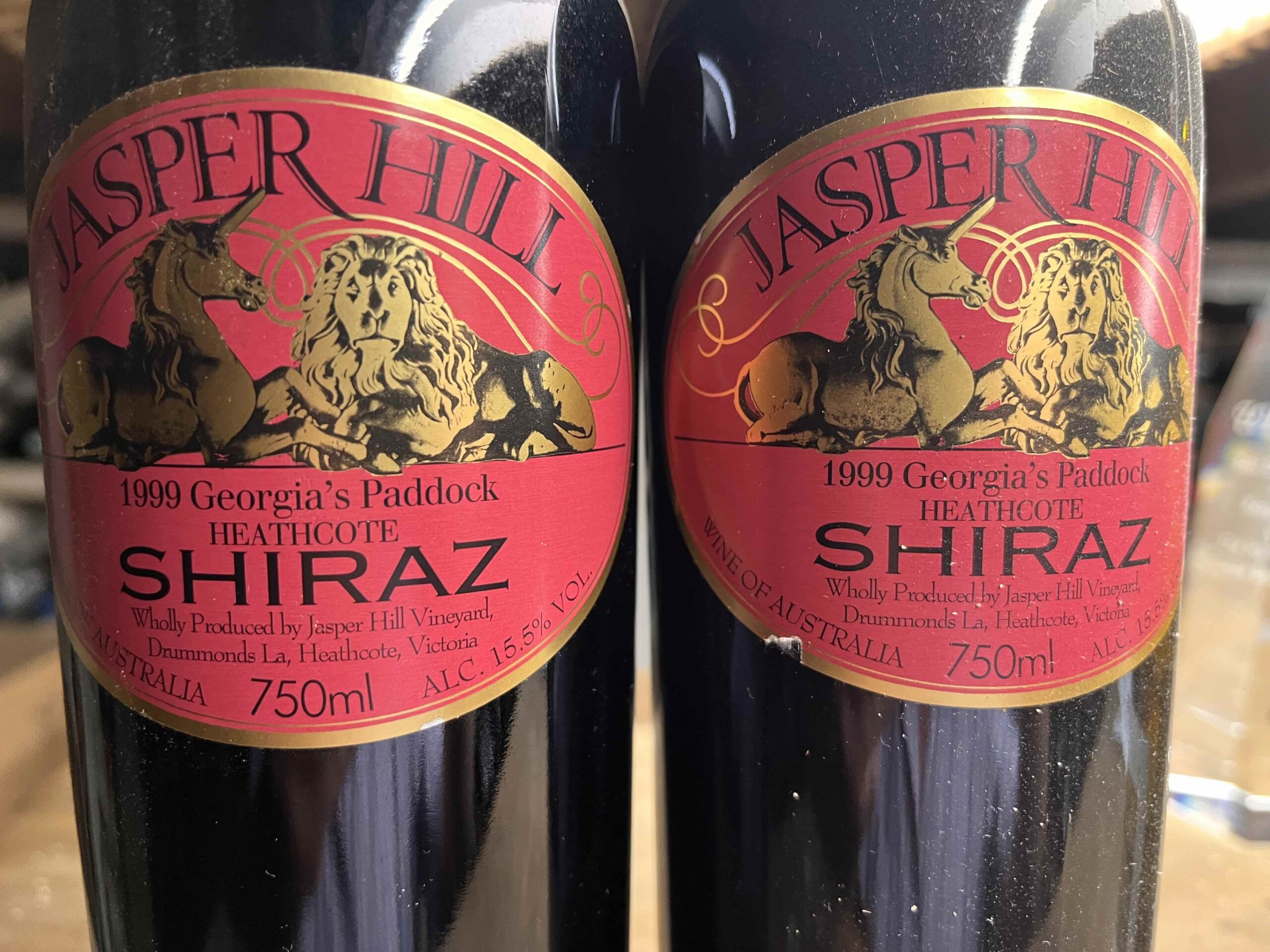 This was originally going to be part of the Bendigo Wine Region, but at the last minute it was given its own regional status. The area is dominated by red soil and Shiraz is most prevalent here, including Jasper Hill one of the top Shiraz (for example, Georgia’s Paddock Shiraz) producers in Australia. Also of note here is Vinea Marson, especially its Estate wines from the Sotto & Sopra vineyards – Sangiovese, Nebbiolo and Viognier being the highlights. 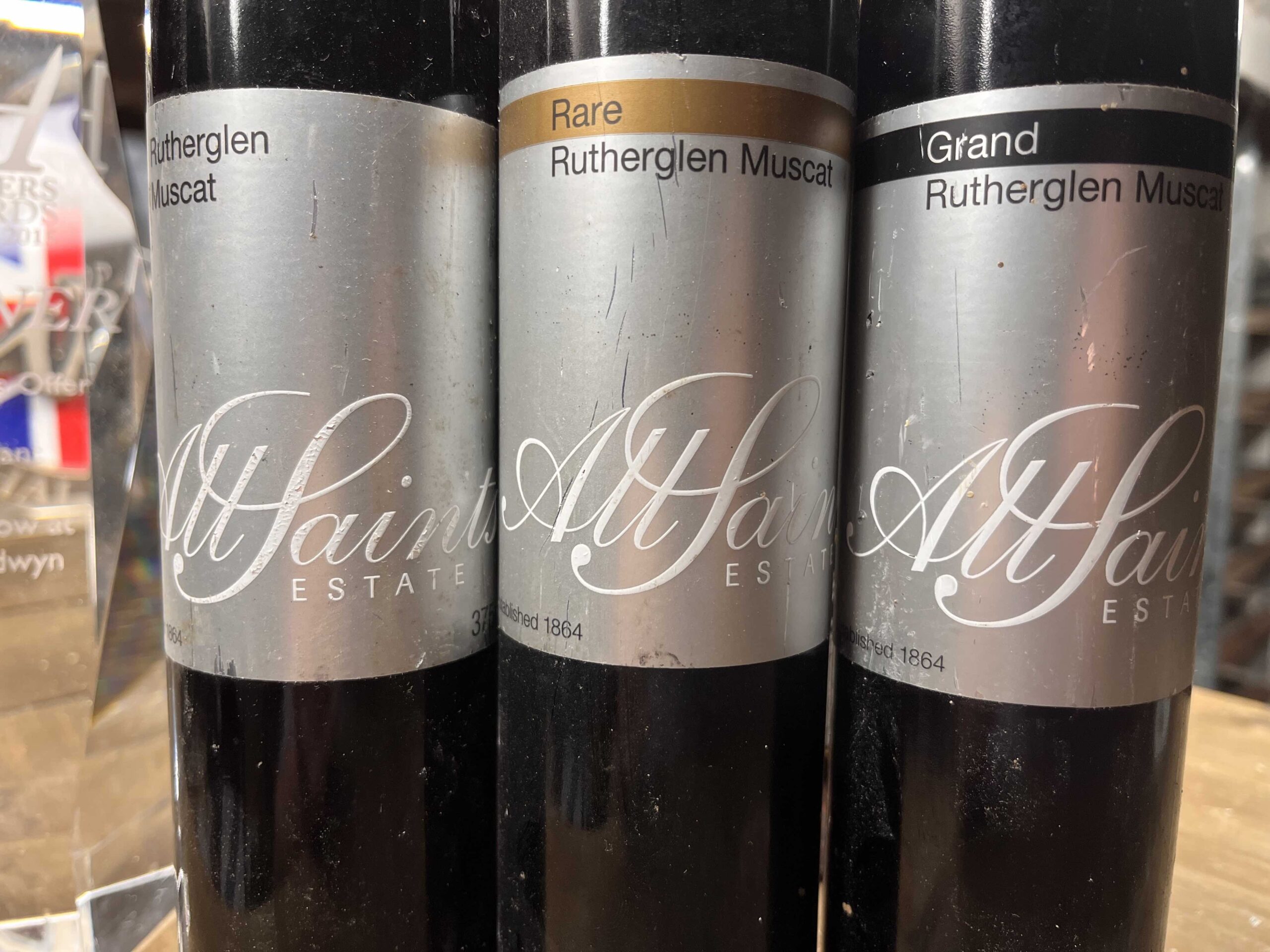 The land of the nectar fortified wines, with Tokay and Muscat to the fore, there are four quality levels used for these fortified wines: Rutherglen, Classic, Grand and Rare. World class and famous across the globe, one of my favourites is All Saints Estate, owned by the Brown Family Wine Group. 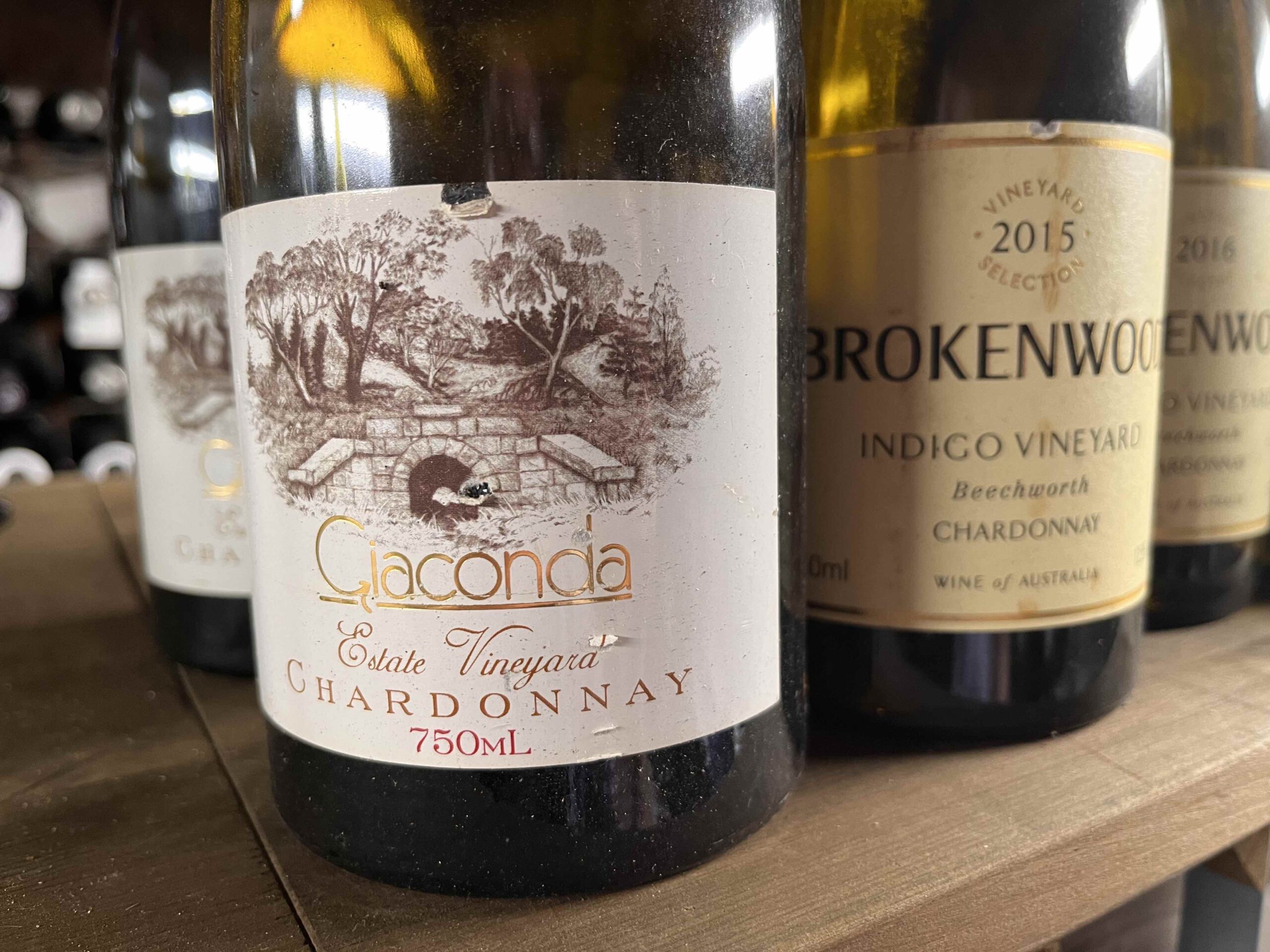 Beechworth – just the word Giaconda explains it all

A tiny region producing iconic wines, such as Giaconda producing one of the most sought-after Chardonnays in the world, however, look out for the ‘invaders’ such as Iain Riggs of Brokenwood who bought vines here and is producing superlative wines such as Brokenwood Indigo Vineyard Chardonnay. Also making headlines is Savaterre set up in 1996 by owner and winemaker Keppell Smith, whose wines are served in Emirates First Class.

The name Gary Farr is probably more famous than the region, with Nick Farr also on the bandwagon now. Bannockburn Vineyards, with its sought after Serre Pinot Noir highlights the brilliance of these wines.

Next to The Yarra, Mornington Peninsula is the most recognised region in Victoria, its own regional marketing group Mornington Peninsula Wine has been on top of its game for many years, with a global marketing campaign of its own from the biennial Pinot Celebration through to the European road trips. Look out for clean-cut Pinot Gris from here as well, of course, as Chardonnay, Pinot Noir and sublimely refined Shiraz from Paringa Estate.

Yarra Valley was one of the first New World wine regions to challenge Burgundy with delicate, bright, fruit-driven Pinot Noir, and its Shiraz are refined and silky and more delicate than some other Australian Shiraz. The wineries in the Yarra Valley do not need me to highlight them, but I will mention Levantine Hill, their Optume Shiraz 2017 is quite sublime. 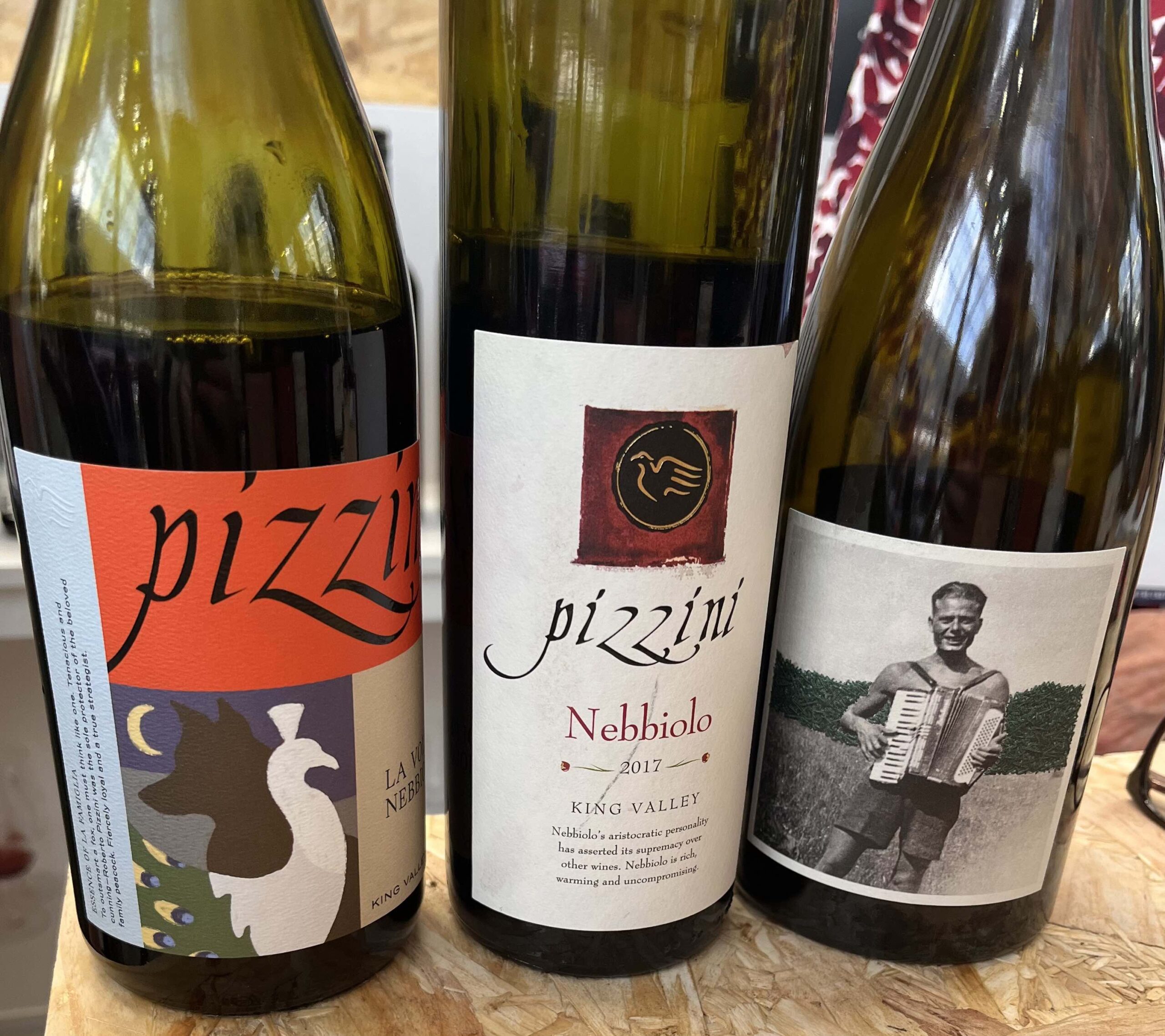 Tobacco used to be the main source of revenue for Italian farmers in this region, with these families then moving into wine such as the Pizzini family, where the winemaker Joel Pizzini spent some time in Italy at Isole e Olena, which produces one of the top three Sangioveses in Italy. He says that he is influenced by the aromatics of thyme, rosemary and bay for his reds. The Pizzini Coronamento Nebbiolo 2016 was quite outstanding, one of the best that I have tried, beautifully aromatic with bright liquorice, with a silky, savoury-layered palate, hints of leather and spice, cocoa, mulberries, white cherries and chocolate.

Pyrenees – from Mandarin to Nebbiolo

Nikki Palun explained to me that at her winery, Susuro Wines, ‘we are not trying to imitate Italy but allow the Italian grapes make distinctive Victorian wines, we respect the grapes and let them naturally progress’. Palun has had an interesting young life to date, from studying Mandarin Chinese and commerce to marketing then winemaking at De Bortoli Wines before setting up her own winemaking operation specialising in Italian grapes. The Farfalla 2019 Nebbiolo Pyrenees is bright, easy drinking with rose petals, juicy ripe cherries which brings joy to the palate.