“This sublime wine brings a smile to your face,” writes Jones about the Gosset Celebris 2008.

The latest Gosset Celebris 2008 will be released on June 21st, and is one of the last of the big houses to release their 2008 vintages, it is not made every year, in fact this is just the eighth release, 27 years after their first release of the 1988 in 1995. And for the first time two vintages in a row have been produced, 2007 and 2008.

To make the Celebris there is no recipe or set vineyards supplying the team, everything is tasted blind,  it is not about picking the best Grand Cru or village, but it is getting the correct balance so that it will age perfectly on its lees for up to 10 years or more. 15,000 bottles are available for the market, although an extra 5,000 may well have been consumed or saved for special occasions according to Gosset’s cellar master Odilon de Varine, especially judging by the amount being poured on the launch evening.

Gosset Celebris 2008 is not made to be sold as a ‘Jewel’, despite its tiny allocation and stunning quality the price does not reflect this and if you were lucky enough to get an allocation you would be paying £503 for 6 that’s around £84 a bottle ex VAT, a small hike on the 2007 which was priced at £419.25 for 6, which retailed around £115. Gosset Celebris like the Gosset Grand Cru is made in the style of wine, to be enjoyed and to excel with food, this was clearly knocked into me by Beatrice Cointreau, the CEO of Gosset back in 2004 & 2005 when The Harrow at Little Bedwyn was  at the fore of the Trophee Gosset Celebris competitions.

Bertrand Verduzier, export director at Gosset, stated that ‘The idea originally of Celebris came from Albert Gosset, he wanted to create a cuvée with a lot of freedom, something that would be the contrary of a recipe, something that you would never replicate but be the essence of the Celebris style. We don’t speak of prestige cuvées at Gosset, we speak of cuvées d’exception, exceptional cuvées. Celebris is not outside the range or above the range, it is very much part of the range. Here we are very much in the centre of the Gosset style, but to achieve the goal of bringing additional depth, structure, density and ageing,  you need a certain year.”

The food was created by Luciana Berry, who hails from Brazil, but has made the UK her home since arriving here on holiday in 2004 and is currently the head chef at Mano Mayfair crossing Brazilian Food with Japanese. Her canapés were sublime and continued in Gosset’s ethos of the importance of matching food to their champagnes. 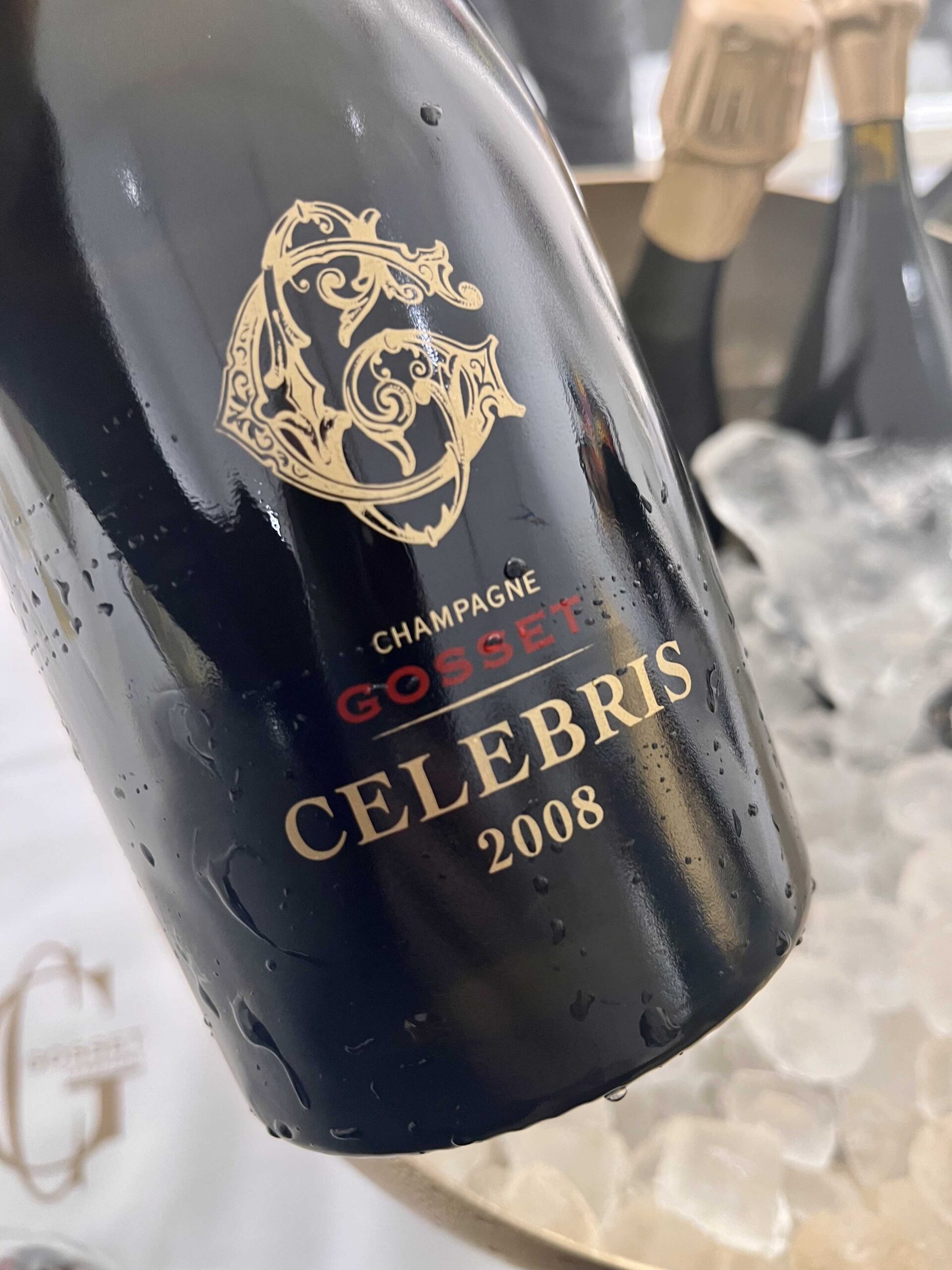 Refined delicate pastry, acacia honey and white flowers, seems very balanced and a touch airy giving it a beautiful lift and focus, some Pear William, then the attention to detail giving a wondrous platform that gives a lovingly wrap around the palate and a perfect platform for refined food. There is a delicate white floral bouquet from the start and this sublime wine brings a smile to your face. 54% Chardonnay 46% Pinot Noir.

We were also given the opportunity to try the 2007

Delight toasty brioche with white hazelnuts, fresh clean pink grapefruit acidity, this has evolved well over the last year giving a lovely vibrancy, texture and focus. The clean focused fresh finish is a marvel. This was for me more forward than the 2008 with a lighter feel, a touch more racy. 57% Chardonnay  43% Pinot Noir 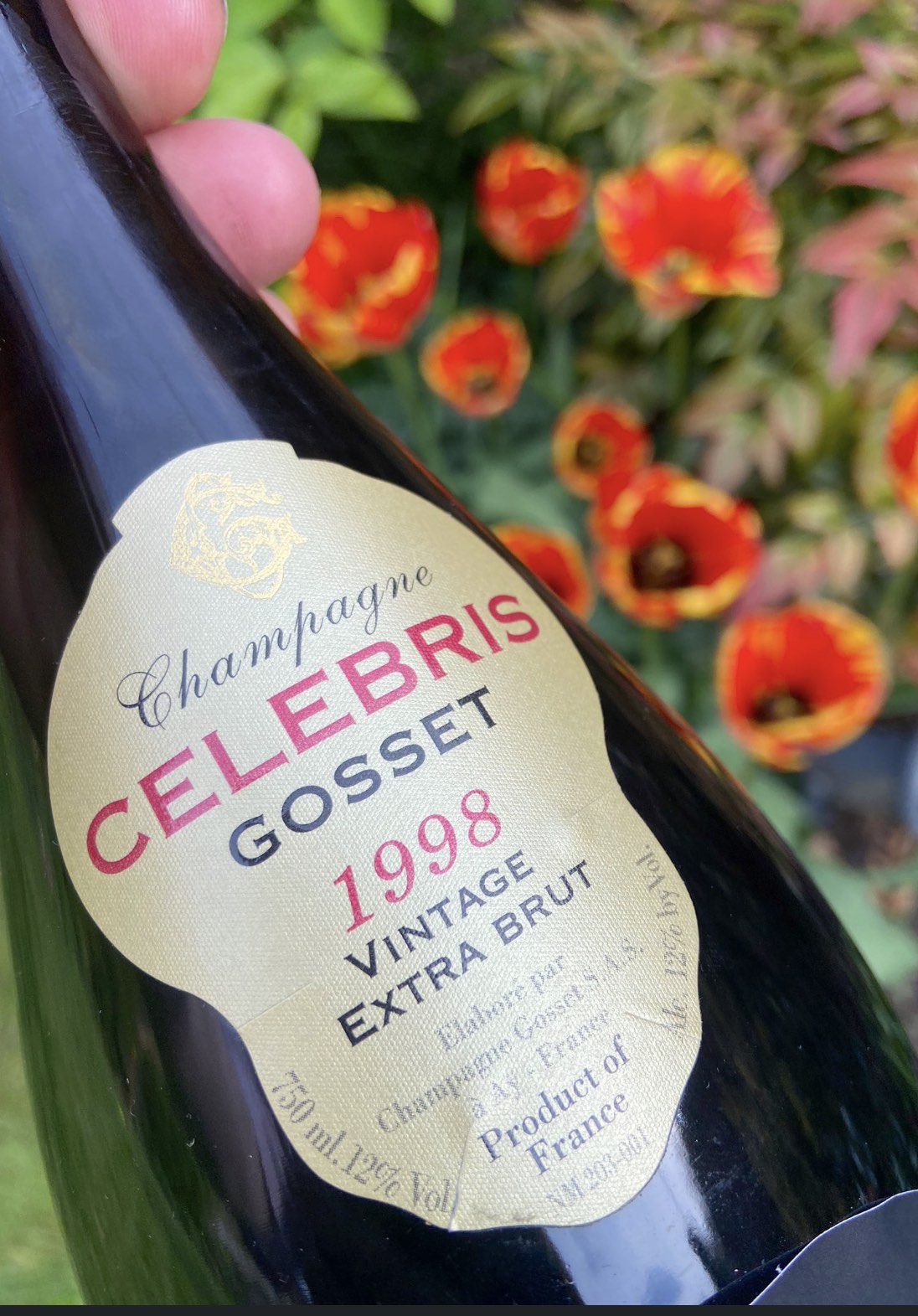 Light golden colour with hints of ripe peeled apricots, still that precise minerality, focused, layered and an excellent texture, evolves as it opens up in the glass, leaving a beautiful moreish mouthfeel. There is a toasty but fresh brioche feel freshened by pink grapefruit acidity. 64% Chardonnay, 36% Pinot Noir.

Gosset Celebris is imported and sold in the UK by Louis Latour Agencies which is a supplier partner of The Buyer. To discover more about them click here.