“We are looking for harmony, for wines that meet global standards of excellence, with that extra wow factor,” Says Caroline Gilby MW at Decanted Hungary.

With its distinctive indigenous grape varieties, volcanic soils and labyrinth of historic cellars, Hungary would surely be one of the world’s most prestigious wine producing countries, were it not for the descending of the Iron Curtain in the second half of the twentieth century.

Under Communism, wine was regarded as a commodity, with production centrally controlled by apparatchiks, more concerned with quantity than quality. As anyone who has had the honour of being invited to taste historic vintages of Tokaji will know, the older, Soviet-era wines can often disappoint a little, when compared with those laid down this side of the Millennium because so much has changed.

Hungary has been the focus of significant investment, much of it international, with the resulting improvement in quality tangible to even a casual taster. Thankfully, its renaissance has been built, in large part at least, on the strength of its own grape varieties and terroir treasures, with the world’s critics waking up to its potential. Exports of wine are now worth €120 million, with Britain the largest export market for its bottled wines. 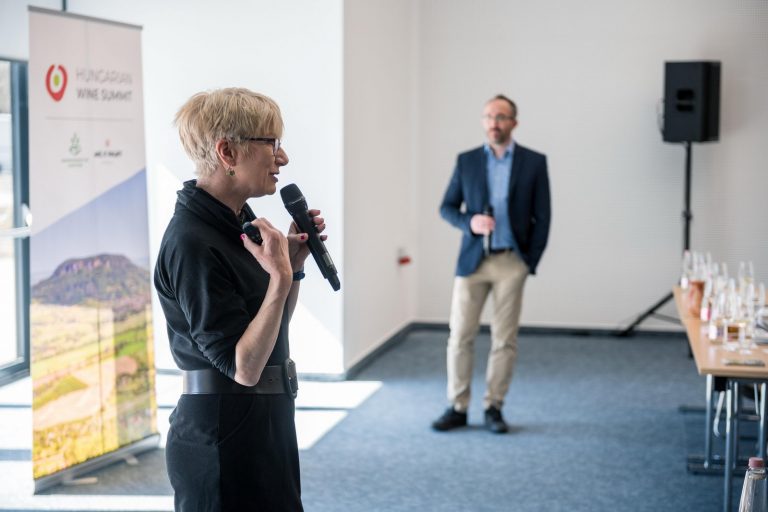 “We have definitely seen a greater interest in, and appetite for, wines from Hungary,” says Caroline Gilby MW, an expert on Eastern Europe, “people are in search of authenticity and there is always something new to discover.”

Talking about quality is one thing, but there is no better way of making a statement about improving quality than winning awards in the international arena. Hungary is doing just that. This year saw it win 140 medals at the Decanter World Wine Awards, including four platinum and nine golds, with the honours extending well beyond the usual gilded region of Tokaj.

“There are some very high quality local grape varieties and it has been fantastic to see the improvement in quality over the years,” says Gilby, a panel chair for the DWWA, “with more fruit forward wines, better use of well integrated oak and more of a sense of place. We are looking for harmony, for wines that meet global standards of excellence, with that extra wow factor.”

In honour of some of the recent winners, the Hungarian Embassy in London’s Eaton Place was the venue for a small, focused tasting of those wines receiving the top awards from Gilby and her judging panel colleagues. 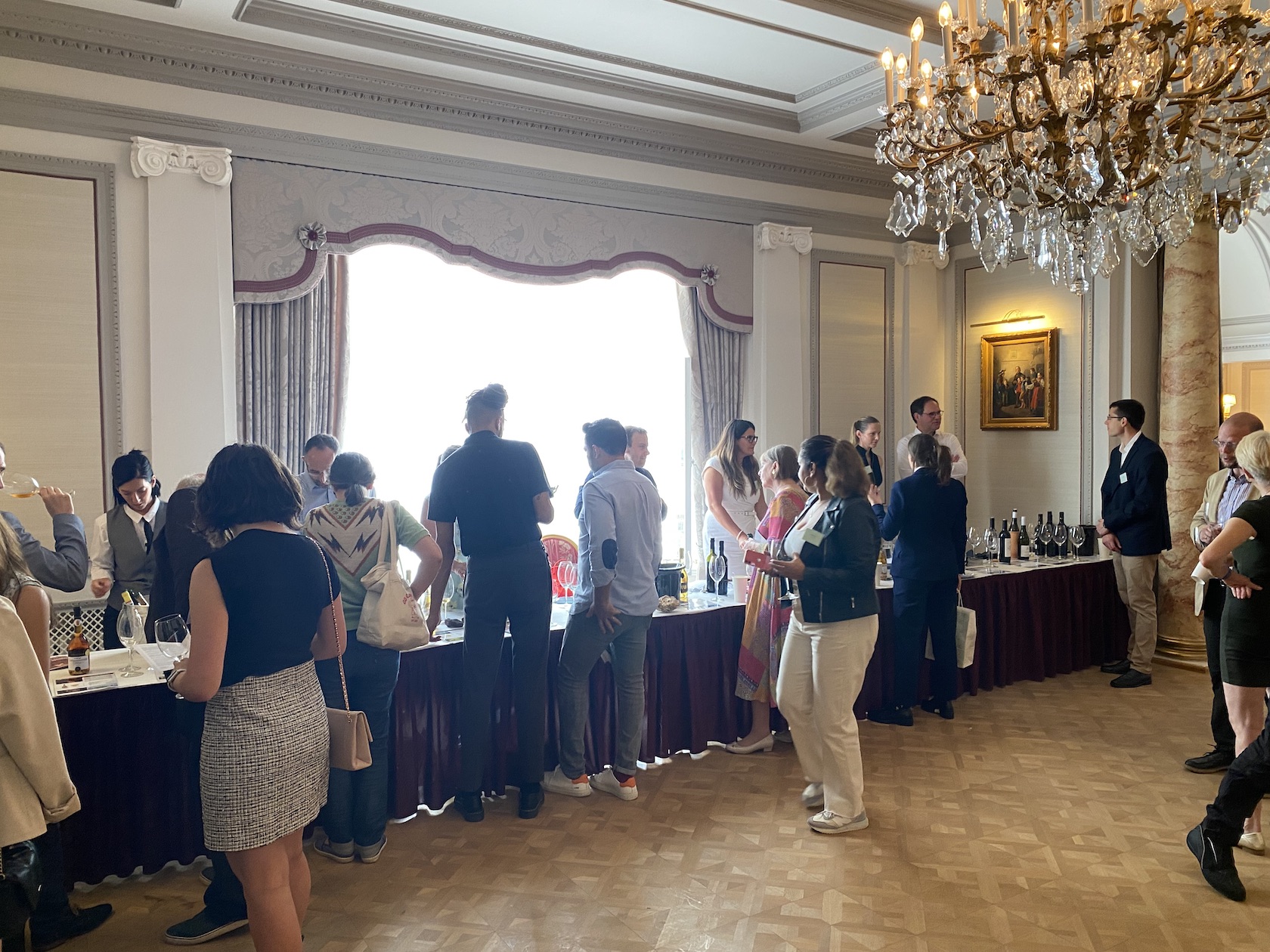 Here’s a top 10 from those wines on show:

Kreinbacher, Prestige Brut, NV imported by Best of Hungary. Though the country’s sparkling wines are far from well established, this cuvée, a gold medal winner, underlines the potential here, with a nose of Schweppes bitter lemon, sorrel leaf and toasted hazelnuts, there’s an invigorating mousse, plenty of citrus freshness and real precision to the fruit. Delicious.

Zelna, Balaton, Olaszrizling, 2021, imported by Best of Hungary. Better known by its Austrian name, Welschriesling, Olasrizling is nothing to do with Riesling and is thought to originate from either Northern Italy, or Croatia, though it is now Hungary’s second most planted quality grape. Aromatic and enticing, with wild honey and baked apple aromas, there’s a flinty freshness and ripe greengage texture that envelops the mouth. A worthy Platinum winner, with 97 points.

Harsányi, Kútpatka single vineyard, Tokaj, Furmint, 2017 (seeking representation) from an elevation of 250 metres in the north-east of Tokaj, from only 700 bottles produced, a gold-medal winning wine with an aromatic nose of russet apple, peach and mango, with excellent weight on the mid-palate and a lingering, textural finish.

Kreinbacher, Somlói, ‘Selection’, Furmint 2017 imported by Best of Hungary. With a beguiling nose of golden apple, quince and meadow flowers, a textural masterpiece, with the smooth, yet also thrilling, minerality showcasing its volcanic roots. A gold medal winner, with 95 points.

Heumann, Trinitas Franc, Villány, 2016 imported by Wanderlust Wine. Produced in Western Villány, the ‘Bordeaux of the East’, by a Swiss-German couple, this gold medal winner is a great calling card for Cab Franc in Hungary. A nose of foraged berries, blueberry compote and cassis are complemented by mocha, vanilla pod and black pepper. A serious wine, still in its youth, with plenty more to give. 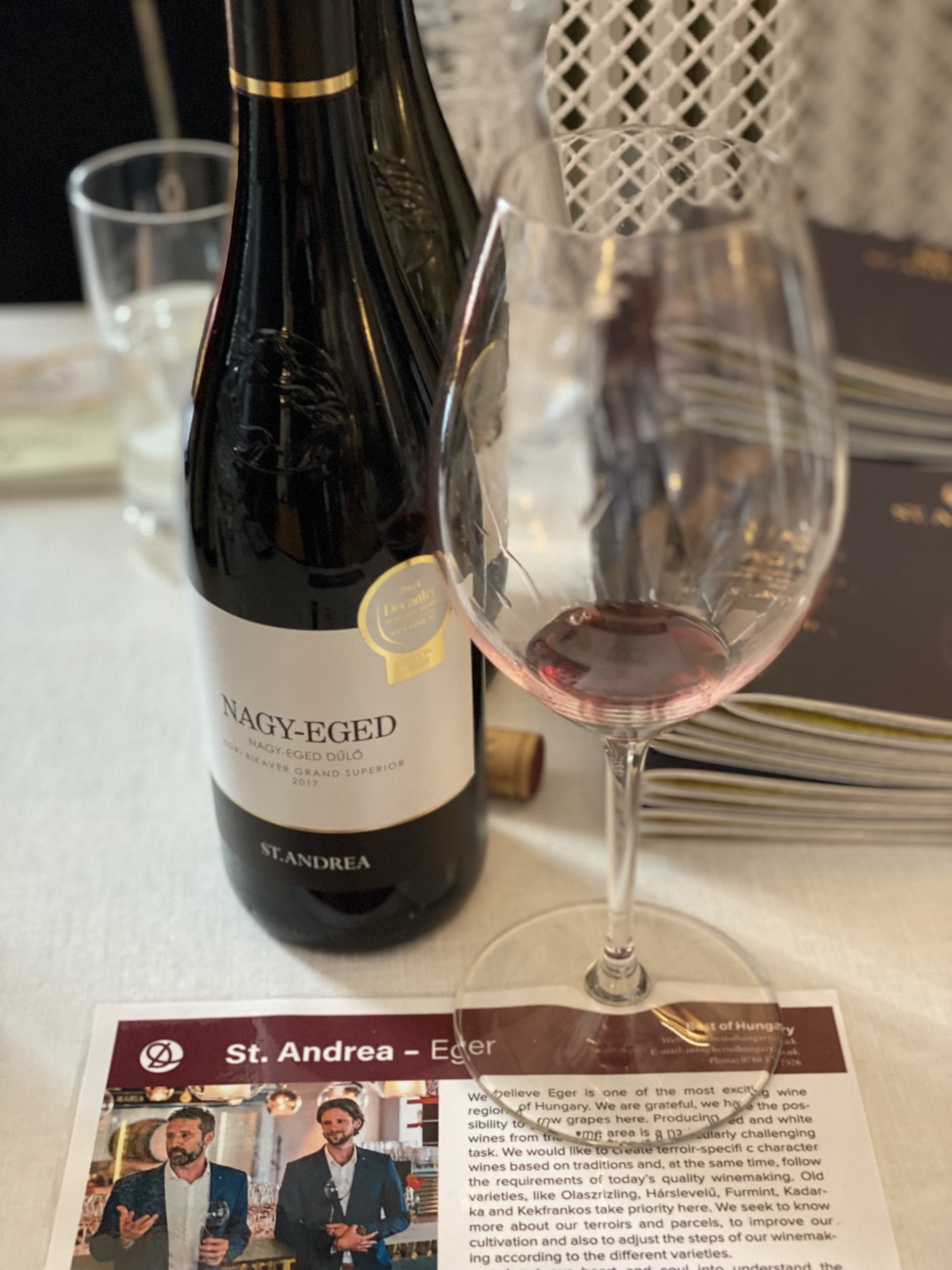 St Andrea, Egri Bikavér, ‘Nagy-Eged’, Grand Superior, Eger, 2017  imported by Best of Hungary.  A platinum medal winner, with a whopping 97 points, this blend of Kékfrankos, Merlot, Cabernet Franc and Cabernet Sauvignon has an ethereal nose of fine leather, violets and foraged blackberries is followed by ripe, brooding dark fruit, balanced with fresh acidity.  There’s judicious use of oak, with clove spice and just a hint of earthiness. Classy. 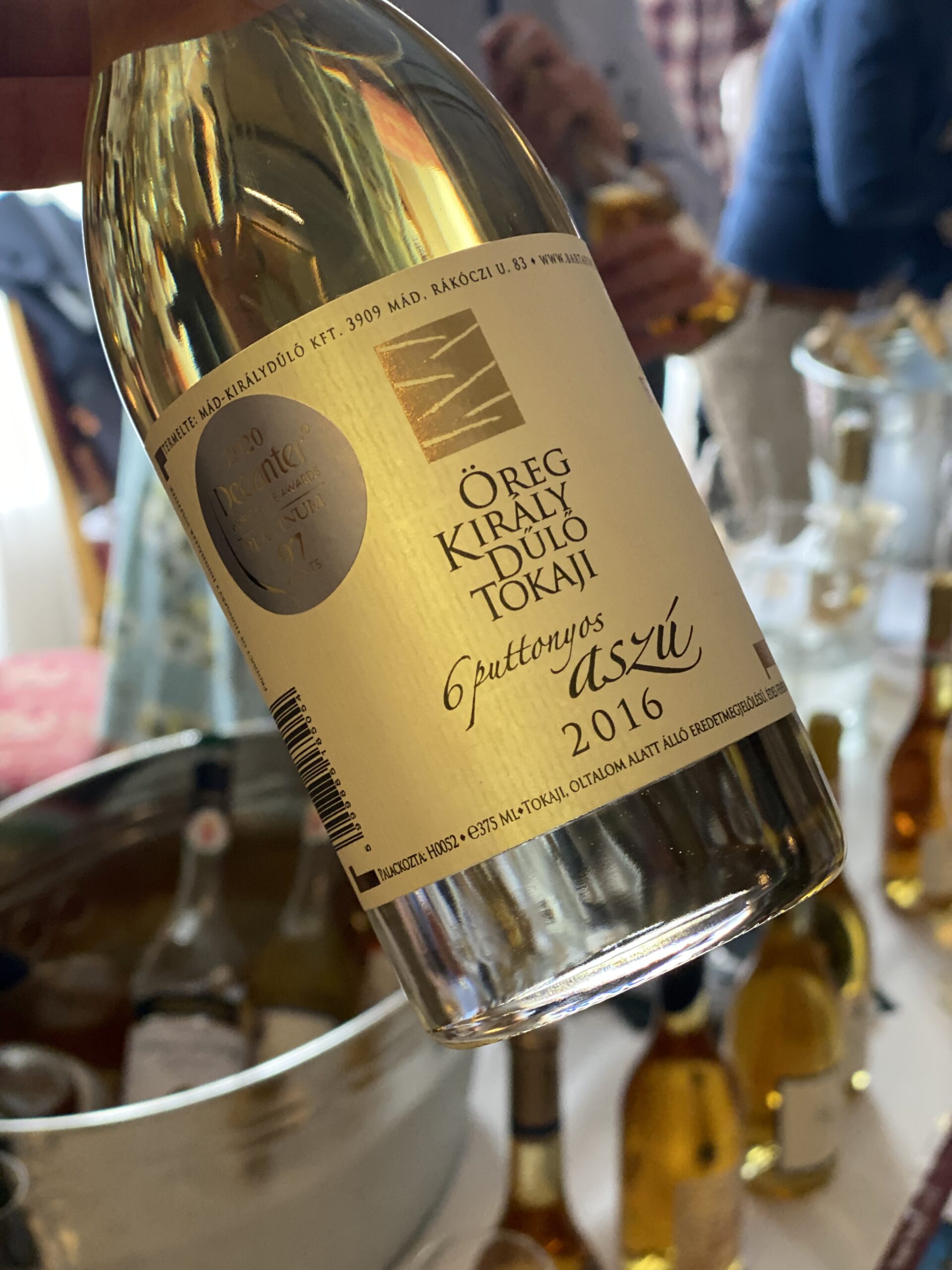 Barta, Oreg Kiraly, Dulo Aszu 6 Puttonyos Barta 2016 imported by Corney & Barrow. From a tiny family-owned winery, just 786 bottles of this incredible 2016 vintage Aszu were produced. Wild honey, ripe rocha pear, baked apple and ginger marmalade are held in check by a gentle, but persistent acidity. Alcohol is 9.5%. This was awarded a platinum medal, with 97 points and it is definitely one to seek out and lay down. 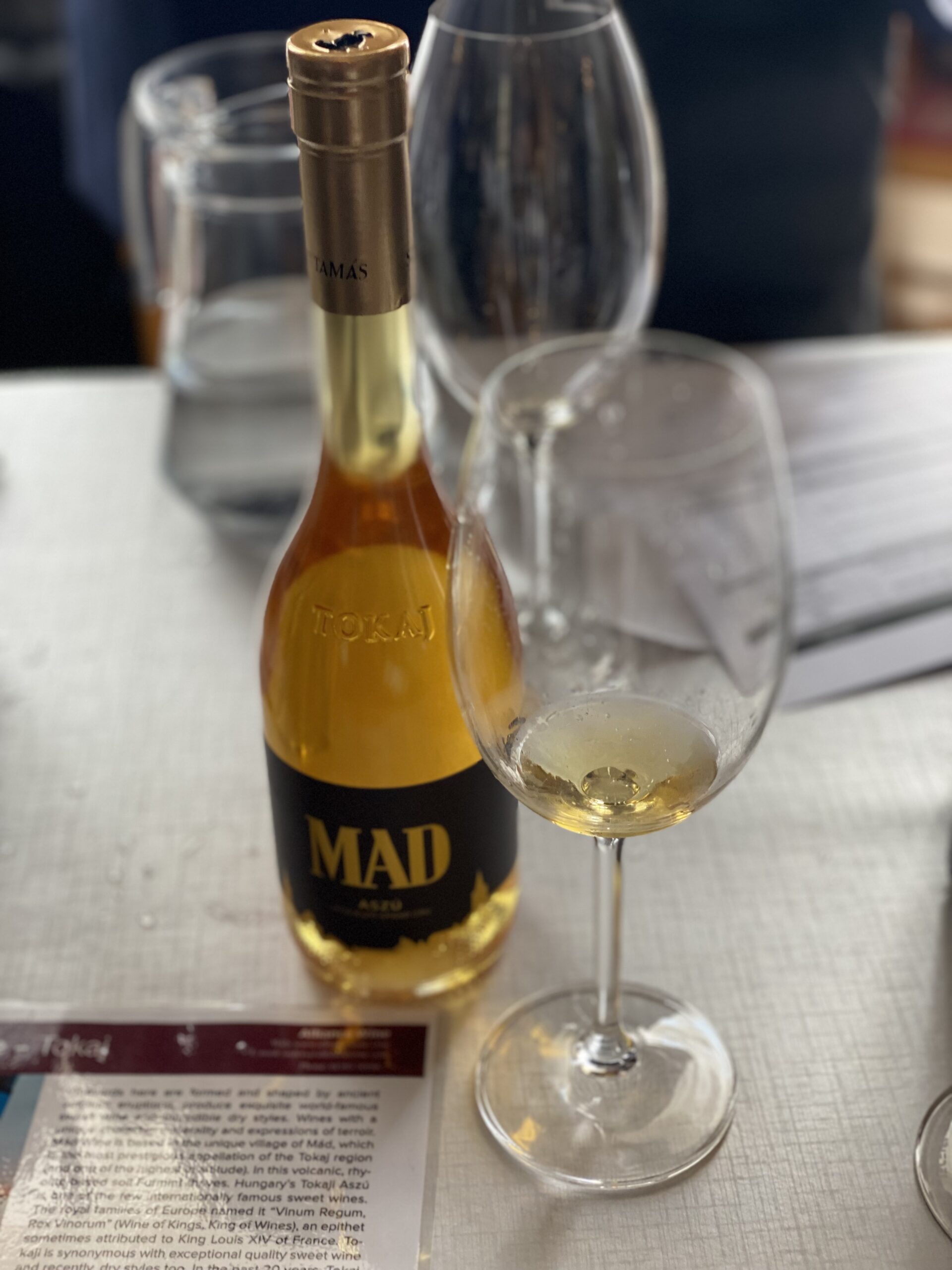 Mad, Nyulászó, Grand Cru, Aszú, 2017 imported by Alliance Wine, from the village of Mád, high in the Tokaj region, in volcanic soils, a blend of Furmint and Hárslevelū, an elegant and hugely complex wine, with ripe pineapple, mango, quince, bruised apple and candied citrus, all perfectly balanced. Not only did Mad scoop a gold medal at Decanter but it was also shortlisted for white wine producer of the year at the International Wine and Spirit Competition last year.

Grand Tokaj, Esszencia, 2013 imported by Pol Roger Agencies.  A quite extraordinary sweet wine, a platinum-winning blend of Furmint, Hárslevelū and Sárgamuskotály (aka Muscat à Petits Grains), unctuously rich, smoky and complex with bees wax, marmalade and candied apricot. With RS of 520g p/l, so dense and syrupy that it can be served on a spoon, there’s a balancing orchard fruit acidity and the overall effect is extraordinary… it lingers for what feels like a lifetime. 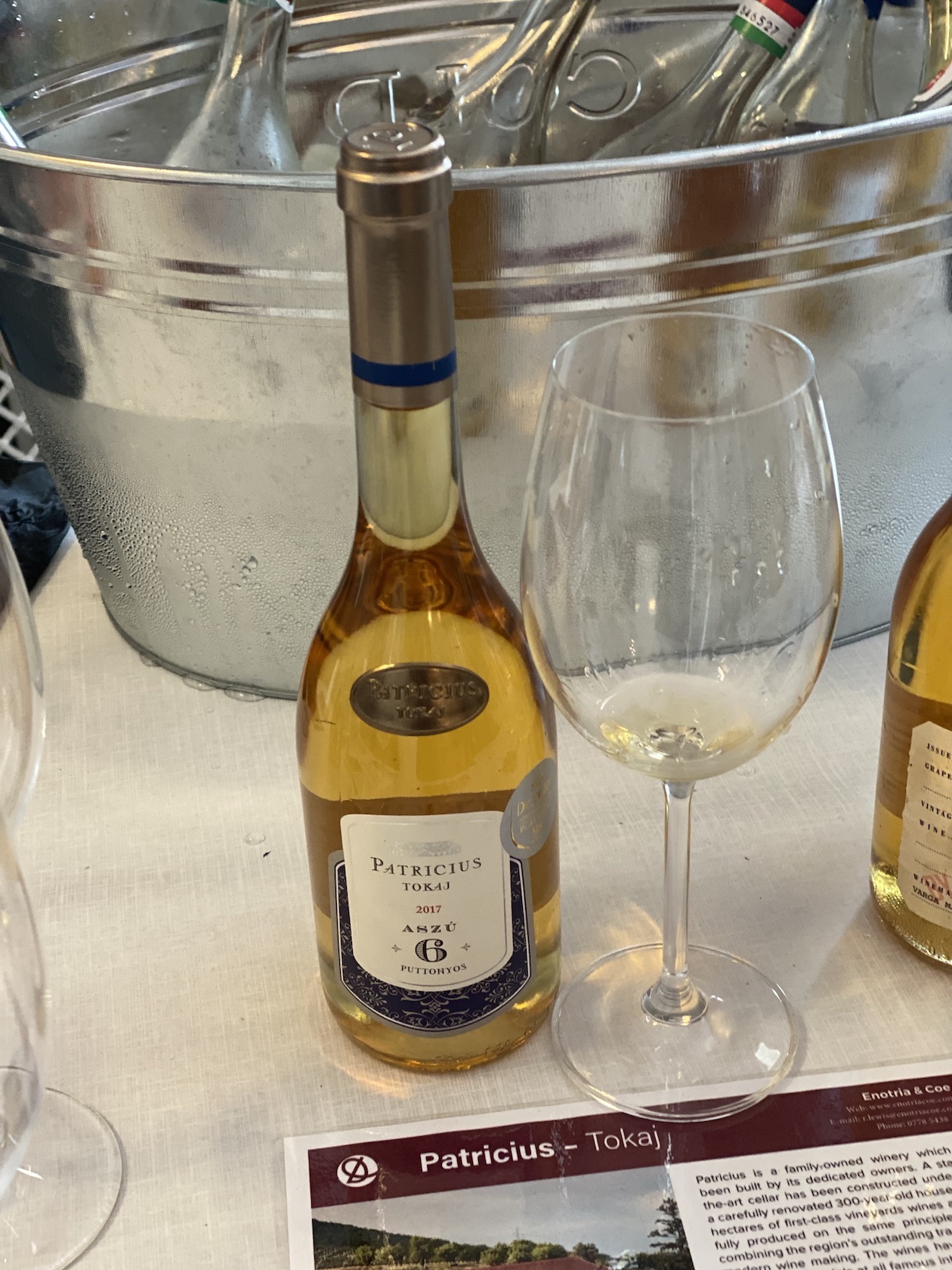 Patricius Aszú 6 Puttonyos 2017, imported by Enotria & Coe, from a state-of-the-art cellar beneath a 300-year-old house, a former Hungarian ‘winery of the year’, a blend of Furmint, Hárslevelū and Zeta (the latter a crossing of Furmint and Bouvier generally used as a blending component), a platinum medal winner with 98 points, oozing with ripe orchard fruits, mountain honey and lemon Turkish Delight, there’s a gentle, juicy acid line, through to the long, rocha pear-fused finish.