To put the 1895 into context, this is the year when the first game of rugby league was played, the diesel engine was patented, Oscar Wilde’s play The Importance of Being Earnest had its premiere and the first moving picture was shown by Lumière in Paris.

It sounded like two trains colliding. In fact at 4am on the night of February 23rd 1900 that is exactly what Maurice Roger and his chef de cave M. Leclerc thought that’s what awoke them – an unimaginable train disaster.

Until then it had been a normal sleepy February night in Epernay, the spring rains had started in earnest and the workers were a few hours from starting the morning shift at Champagne Pol Roger on the rue de Commerce. But the cacophony changed all that.

Dashing out to see what had caused the noise, Maurice stared in disbelief – part of the immense cellar system under the property had caved in causing the adjoining buildings to collapse. There was a sinkhole some 15 metres across and reaching down 20 metres into the earth.

Three storeys of Pol Roger’s cellars had collapsed in on themselves burying 500 casks of wine and over one and a half million bottles of Champagne.

Luckily no one was killed on account of the catastrophe occurring at night, but for brothers Maurice and Georges Roger this was the second disaster that had befallen the house, founder Pol Roger having died prematurely just three months earlier.

After some tentative tunnelling to try and retrieve the wines, a cave-in at an adjacent property forced them to retreat and write-off the stock as lost for good.

Instead of it being ‘The Fall of The House of Roger’ other Houses in Champagne rallied round and saved Pol Roger from almost certain financial collapse – Champagne Pol Roger was one of the three largest Champagne houses at the time and had been making wine ‘sur latte’ for other houses. The ‘favour’ was returned so that the company could have some bottles to sell and get over the loss of the better part of three vintages. Maurice and Georges then changed their names from Roger to Pol Roger in order to signify a new beginning and they started rebuilding the business.

118 years after the cellar collapse, a drilling session on the site ‘struck gold’. Pol Roger had started building a new packaging facility, part of a €40m refit, above the site of the historic cellars and, during foundation work a cavity was discovered – inside was mountains of broken glass and, amongst this, was one intact bottle.

Rumours that some bottles had survived the cellar collapse had become the thing of Epernay legend, of course, although few believed that anything could actually have survived the impact of thousands of tons of chalk and clay.

For outgoing cellar master Dominic Petit and his successor Damien Cambres the excitement was palpable… what if this bottle was not the only one? Could there be more? The date was January 15, 2018 and for a few days the cavity was expanded until 19 more bottles were retrieved. Over the next 12 months the operation started and was stopped by rising water levels and further collapse, but close to 100 bottles had been successfully removed.

No-one knew which vintages the bottles were from nor what they contained – would this be the world’s most prized condiment for fish and chips perhaps? The wines looked clear enough, the levels correct, corks depressed and the wines still on their lees. So perhaps not.

There was always the possibility that, sealed hermetically in chalk for 118 years, the Champagne would not only be drinkable but actually very good.

Or perhaps the bottle’s opening would be like the scene in Raiders of the Lost Ark where the power contained within would escape centuries of confinement to destroy the expectant onlookers?

The opening of the bottles

Fast forward to three days ago – the afternoon of Oct 9th 2019 and the moment of truth had arrived. I had been invited as one of five journalists to travel from London to Epernay to witness the opening of, and taste, the first of the two Champagnes retrieved.

There was no special significance to the date except that it was after the 2019 harvest had been completed and at a time when there was a ‘changing of the guard’ in the cellar – Dominic Petit leaving as chef de caves and Damien Cambres finally taking over – a nice baton pass from the old regime to the new.

After being shown where the calamity had happened and seeing all the bottles that have been retrieved, six were selected by Cambres and taken up to the disgorging room where Francis, an employee blessed with a spectacular mullet and a gift of opening almost any bottle set about his work.

Inverting the first bottle against an angle poise light, Francis first started removing with pliers the red wax that the estate had covered the closure with immediately after the bottles were pulled from the rubble. There was a staple clip and a crumbly end of cork that took 10 minutes of careful manipulation with a Durand to slowly ease out. The rest of the cork looked like it had ‘become one’ with the glass, so impacted and hard was it to remove.

This was like a sommelier’s worst nightmare and a wine nerd’s wet dream – the Jefferson bottles, this time though, for real; priceless, historic bottle, cork that is half earth, half stone. To make matters worse a bunch of hacks and snappers surrounding the man recording every tiny move.

Cambres and Pol Roger’s MD Laurent d’Harcourt look on, giving very little away. The first part of the cork that had crumbled out was passed from palm to palm and sniffed – it smelt of wine and very good wine at that, like a piece of old madeira cake retrieved from the back of a larder. Detritus collected at Francis’s feet then a little spurt of liquid, as he managed to remove all the dead yeast from the bottle before pouring a measure of light amber liquid into a tasting glass.

Cambres sniffed, swirled and tasted. Still no flicker of emotion. This guy’s a poker natural.

And then the words we all wanted to hear…. “C’est bon” and the faintest flicker of a smile. OK now I am getting really excited – this stuff is going to be drinkable.

A temporary cork closure was inserted into the now-righted bottle and then Francis began on the second.

Bottle no.2 had no clip and, after another painstaking 10 minutes, an almost intact cork, far longer, was removed from the bottle. The cork is significant because not only did it smell even better than the first but the length of it and the absence of a clip leads Cambres to the belief that this is a bottle that has been disgorged, dating it from the 1895 harvest and bottle no.1 from 1897 (not disgorged).

So both bottles were Pol Roger Champagne made by Monsieur Pol Roger himself, with the 1895 having the added significance of being the first vintage that Winston Churchill bought, starting a relationship that carried on for the rest of his life and which, to a large extent, changed the direction of the house after that.

The moment of truth – to tertiary and beyond

Two bottles in hand, Cambres then led us through the maze of cold cellars to ground level and the tasting room where we were joined by Hubert de Billy, Pol Roger’s great great grandson who confessed that the bottles’ discovery had taken away just that little bit of romance.

“It’s not a question of sadness, it’s a nice story and I am proud and pleased but now it’s a fact and before it was a bit of a dream.”

Without further ado Bottle no. 1 was poured, then bottle no.2. Both liquids were light auburn, the first with a little bit of a haze, the second with microscopic particles in suspension, like a drop of peach juice had been added.

On the nose bottle no.1 had strong Fino notes. Over the course of ten minutes this changed rapidly and with a good deal of complexity – as though the years were catching up with it – nut shells, burnt sugar, polish, caramel, chestnuts on the fire. It was like a very old Madeira. On the palate the acidity was still there, there were pixilated flavours of old windfalls, tarte tatin, liquorice. The flavours were rich and deep.

Bottle no.2 was instantly more ‘friendly’ and blow me if that wasn’t the tiniest whisper of fizz disappearing on my tongue. Just the faintest hint which disappeared quickly like a sepia image fading in bright sunlight. The nose was sweeter and had less solera, was more subtle and had an attractive note of meringue kept a little too long in the oven. There were aromas that reminded me of a very, very old Corton. The palate was extraordinary – although there was apparent signs of dosage, the acidity was still amazingly high, there was a fine texture, flavours of old strawberries on the turn, macerated fruit you retrieve from the rumtopf, then a power on the finish and a hit of alcohol that reddened the cheeks. Wow!

Both wines had real purity, not a hint of a flaw, and quite unbelievably were a pleasure to drink.

Of course these are not the only old bottles in the eight kilometres of Pol Roger cellars – the ones that did not cave in – they have recently opened a 1892 and earlier this month tasted two bottles of 1914 that were auctioned five years ago in aid of the Imperial War Museum. But the two bottles we tasted are the wines that ‘came back from the dead’, the survivors, the wines that no one was supposed to drink but did.

The bottles that were only dreamed about but became a fact.

It’s hard not to get emotional about engaging with something with such history and tells such a remarkable story but that’s the beauty of wine with age – tasted blind it would maybe have been a different experience but knowing what it was you were experiencing made the event truly remarkable and something that will never fade from memory.

Champagne Pol Roger is distributed in the UK by Pol Roger Portfolio who are a supplier partner of The Buyer. To find out more about them click here 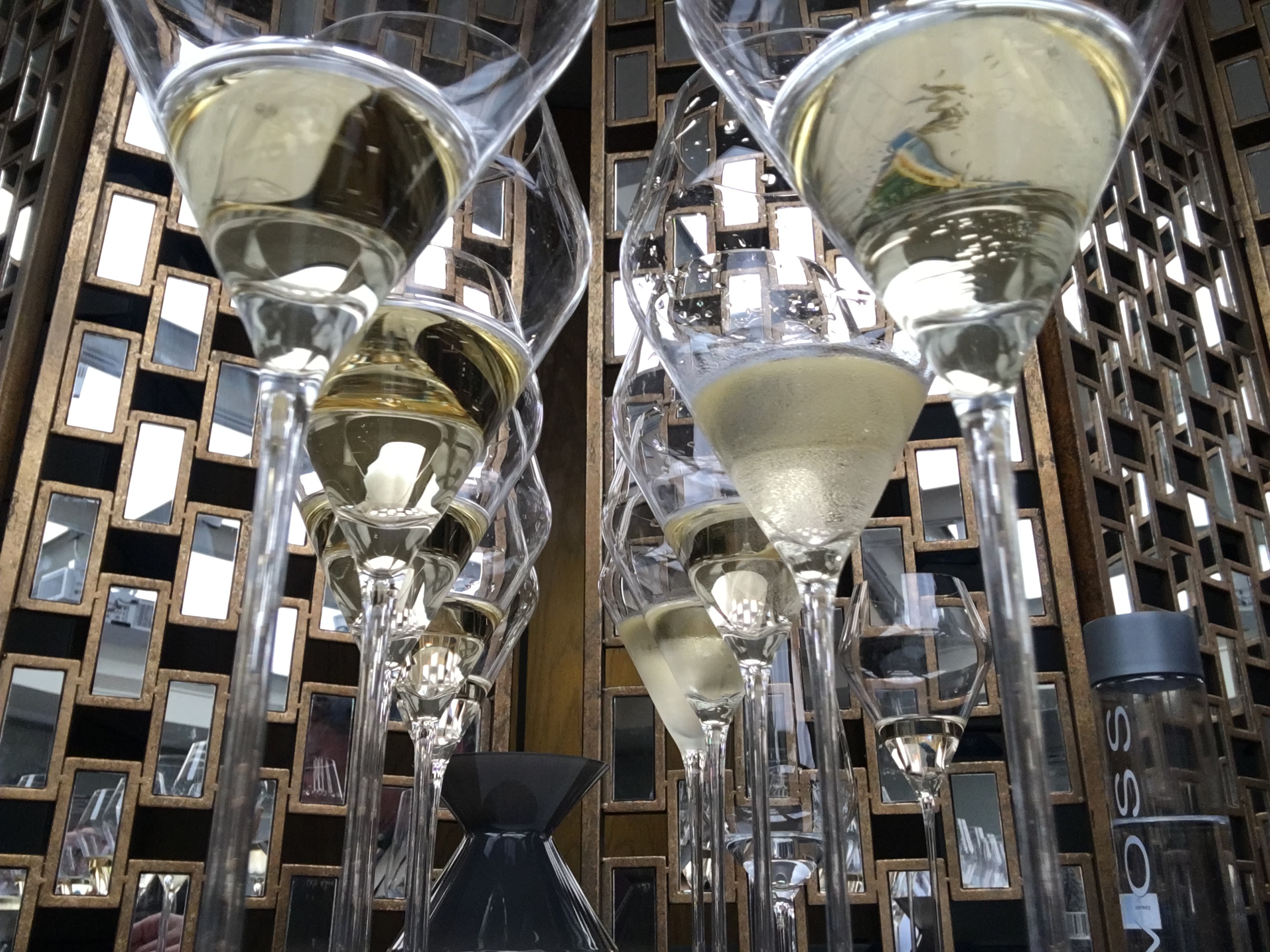 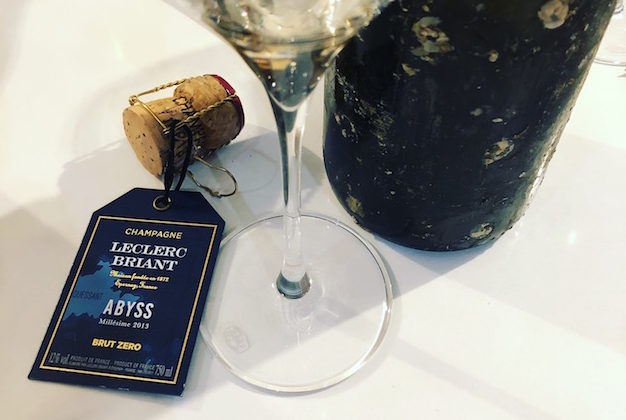 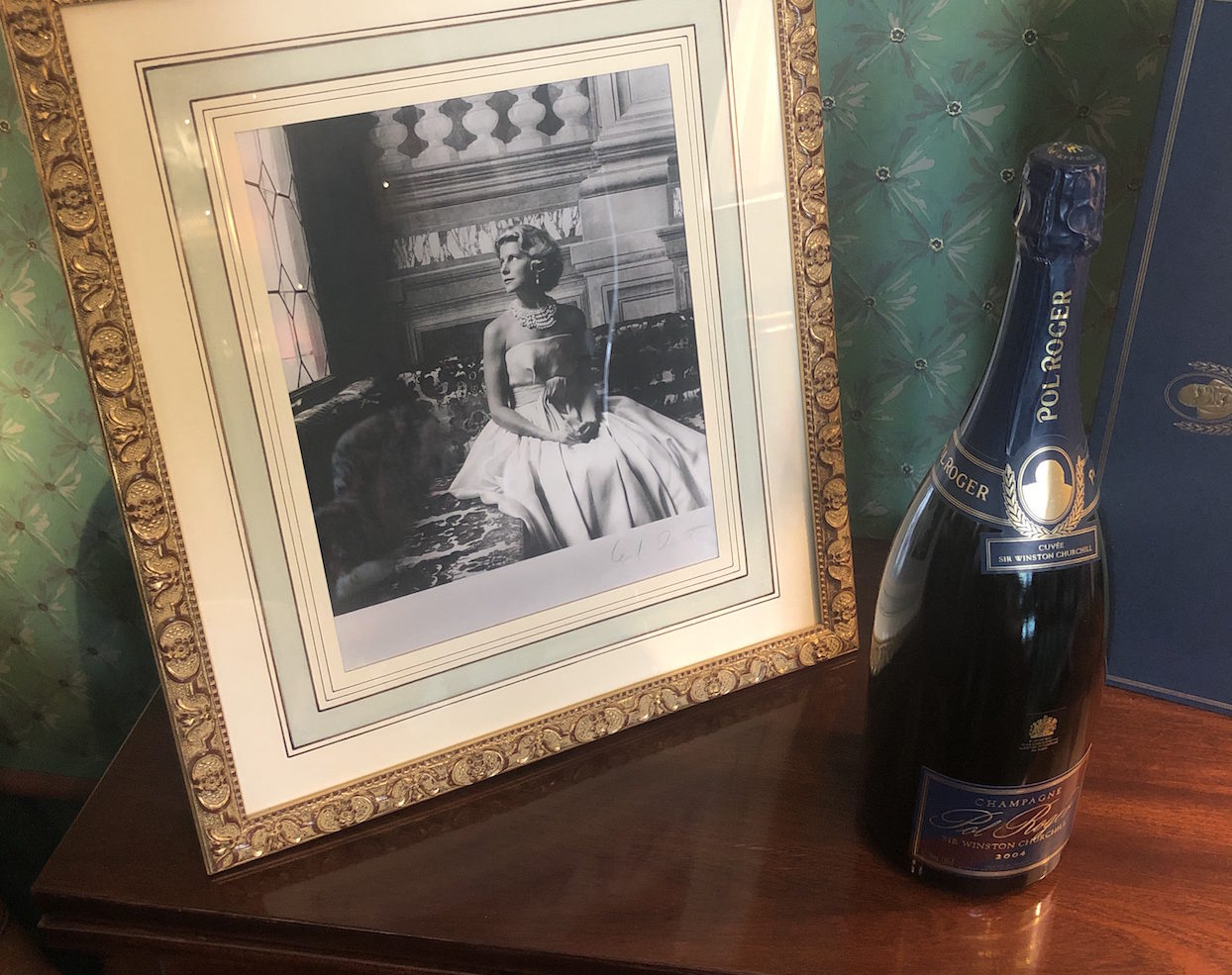 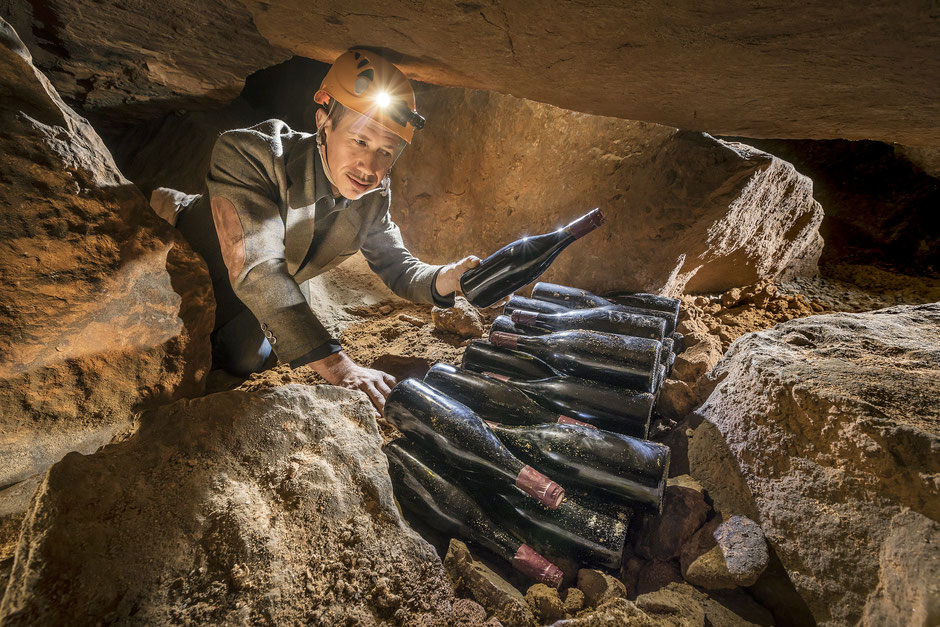