“The 2021 national crush fell as much as 19% to 370,000 tons, largely due to bad frosts. The impact of that for New Zealand was a seven million nine-litre case deficit in the face of global demand,” writes Dean.

Days after New Zealand reopened itself to the rest of the world after two years of border closures to foreign nationals, New Zealand Wine staged its first London trade tasting since 2020 on May 4 at Lindley Hall. 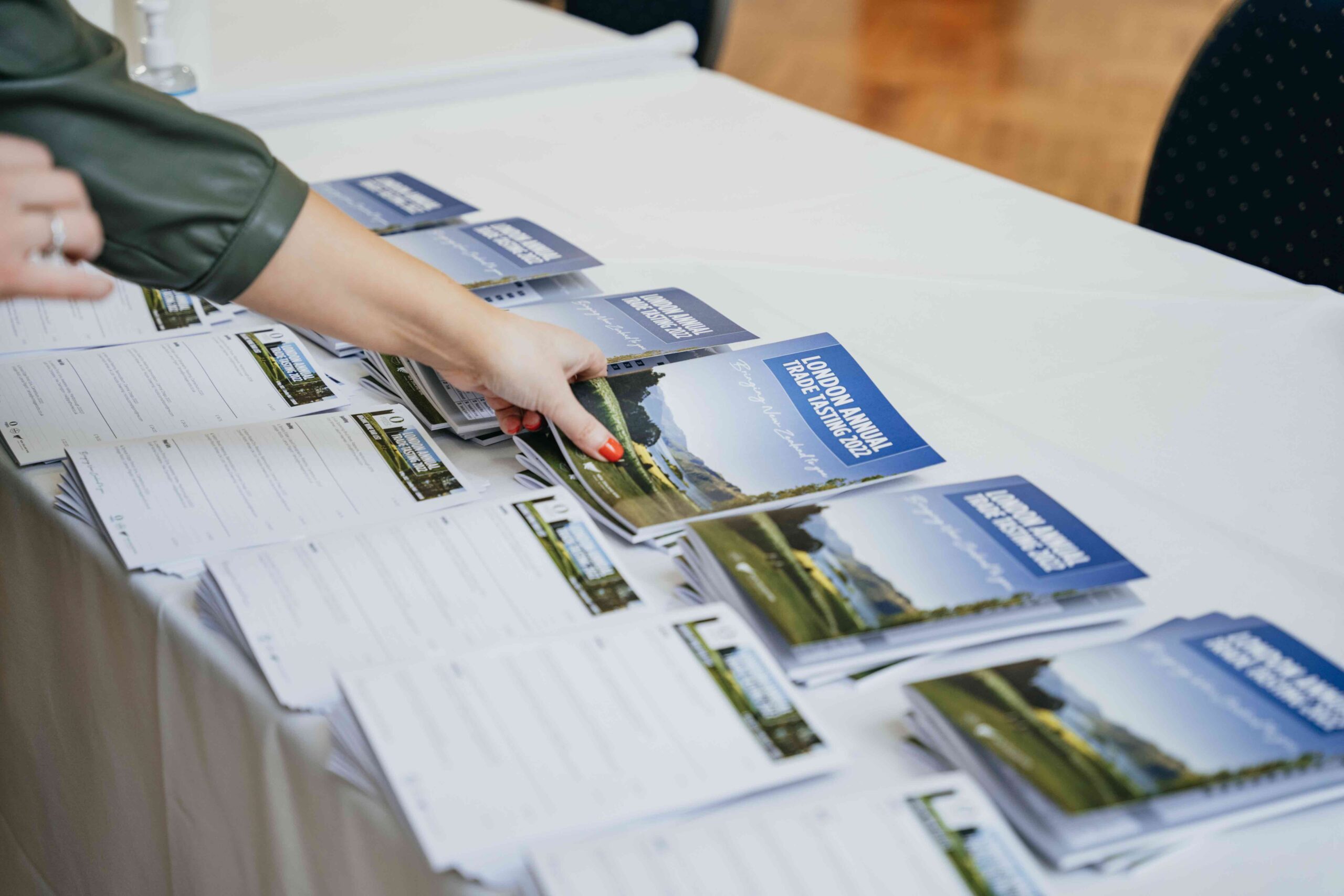 Notwithstanding a global shortage of the country’s Sauvignon Blanc after a low-yielding 2021 harvest, which was compounded by supply chain issues, Chris Stroud, New Zealand Winegrowers’ market manager for Europe, was in celebratory mood.

The free trade agreement between the UK and New Zealand that was signed in late winter doubtless had something to do with that, as the tariffs on Kiwi still wines will be removed by the end of 2022. These currently stand at 7.5p for 13% abv and under for a 75cl bottle, and 9p for 13.1-15% abv. In addition, the agreement has stipulated that the controversial VI-1 forms, which require wines to be lab tested before shipping, will be permanently scrapped.

Stroud, armed with fresh Nielsen statistics, revealed that the average price point for a bottle of New Zealand wine sold in the UK had risen above £8 for the first time (to £8.06). Driving the increase was the performance of Kiwi rosé, whose sales were up 80% and 77% in value and volume respectively. New Zealand reds were, he said, also performing well, coming in at £10.23 per bottle, nearly a fiver more than the average for all international reds.

Tim Fogarty, from the government-funded New Zealand Trade & Enterprise body, added to the feel-good factor when he revealed the average bottle of a Kiwi white wine sold in the UK was up from £7.28 to £8.01 (MAT to April 9, 2022). That increase of 9% is the highest recorded by any country. “All this confirms consumers trust Brand New Zealand and are happy to pay a premium for it,” Fogarty said.

The one sobering note for New Zealand was the fact that their wine exports for 2021 were down 3% to NZ$1.95 billion. After the record 2020 vintage, when a harvest of 457,000 tons represented an increase of 11%, the 2021 national crush fell as much as 19% to 370,000 tons, largely due to bad frosts. The impact of that for New Zealand was a seven million nine-litre case deficit in the face of global demand. “It’s open knowledge that there is a shortage of Sauvignon Blanc across the board,” said Joe Thompson of Delegat Europe, importers of the Oyster Bay brand.

Early signs are that the 2022 harvest in New Zealand is back to normal levels and will help plug the gap, although no production figures will be available till mid-June and the wines themselves will not hit shelves before August. The area under vine in New Zealand has increased 2% in 2021 to 41,603 hectares, of which 80% is white grapes (with 80% of white production being Sauvignon Blanc).

As much as 88% of New Zealand’s wine is exported, the highest percentage for any country in the world (the United States being amongst the lowest at 16%). The fall in exports in 2021, partly due to the worldwide shortage of containers, ended a long run of successive annual increases for New Zealand, whose wine exports doubled from 142 million litres in 2010 to 285m in 2021. The USA, UK, Canada and Australia remain the country’s key markets in that order.

The tasting itself was very well attended, with over 350 labels on display from 83 producers in eight regions and six sub-regions. As many as 28 different varietals were available from Albarino to Zweigelt, underlining the rich diversity of the New Zealand wine industry. While I met no one producer who had flown over for the event, there were UK-based Kiwis from winemaking dynasties present, such as Mackenzie Paton, daughter of Ata Rangi owner, Clive, and Toby Buck, whose family own Te Mata. Ata Rangi is among the 10% of wineries in New Zealand that have been certified organic.

There were two feature areas at the tasting. The first was a ‘Pour Yourself a Glass of New Zealand’, part of a campaign New Zealand Winegrowers are running this May when they are petitioning for a white wine emoji. The second was an Organic Wine Bar, showcasing 70 organic wines that included five different 2020 labels from renowned Central Otago producer Felton Road – their Block 3, Block 5, Calvert, Cornish Point and Bannockburn Pinot Noirs.

6 of the best New Zealand wines that stood out 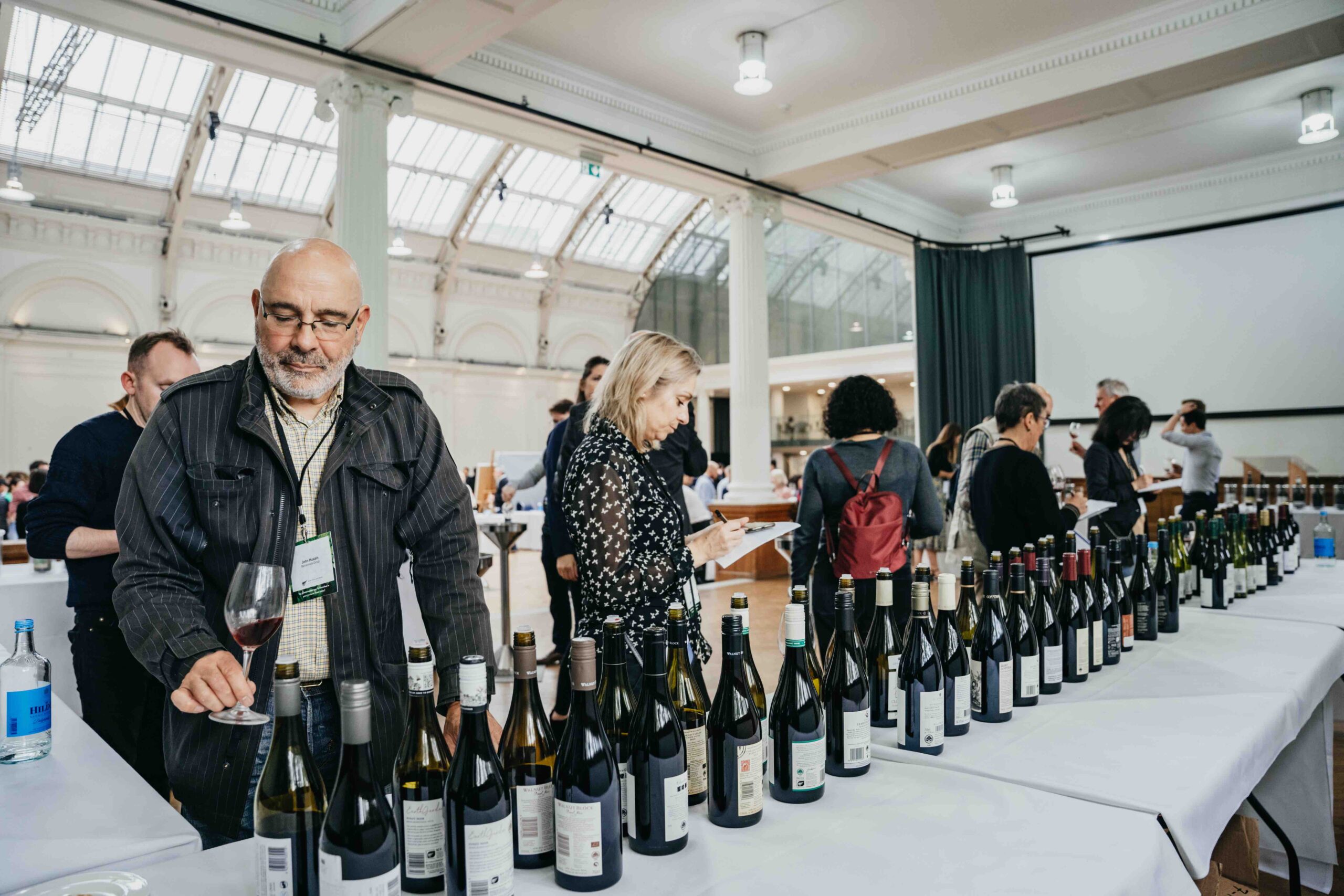 From a single vineyard planted in 2001 that, unlike the other Ata Rangi parcels, has a clay seam running through it. ‘This has ‘incredible site expression, with earthier and more robust notes,’ says Mackenzie Paton. Intense, opulent fruit with power, concentration and exceptional length. Supple tannins. A superb Martinborough Pinot from one of New Zealand’s supreme producers of the varietal. 13.5% abv (Liberty)

A celebrated Hawke’s Bay label from a very low-yielding, steep, terraced one-hectare vineyard. Made up of 40% Malbec, 33% Merlot and 27% Cabernet Franc, this is beautifully perfumed with blackcurrant, plum and spice notes. Elegant and harmonious with a tight structure from 100% new French oak, this has a long and great life ahead of it. 14% abv (Hatch Mansfield)

Winemaker Hans Herzog has crafted a finely-scented full-bodied Viognier with rich peach and pear notes with a hint of honey and spice. From very low-yielding, organically farmed vines in Blenheim, this is a complex wine with a gently oily texture and impressive harmony. 14% abv (Vindependents)

From vines in Nelson that are up to 40 years in age, this Sauvignon has very good depth of ripe, tropical fruit flavours as well as notable minerality and a mouth-wateringly crisp finish. Finely scented with pure melon and lime notes with a hint of gooseberry. 13% abv (Fells)

The best selection of 25 small batch ferments of Hawke’s Bay Syrah from what was a very low-yielding year, the first of a hat-trick of top vintages according to Toby Buck. Highly refined with elevated super-floral aromatics with blueberry, plum and peppery notes. Fine oak (40% new). Cool climate southern hemisphere Syrah at its best. 13.5% abv (Fells)

A wonderful example of how good NZ Chardonnay can be. From a vineyard in Marlborough’s Awatere Valley, this has arrestingly intense flavours with vibrant acidity and lovely concentration. Grapefruit and citrus notes with refined biscuity oak notes and a long finish. 13.5% abv. (Hatch Mansfield)