Over the next two days The Buyer turns its focus on Attica and how and why the region is such an important part of what is a burgeoning Greek wine industry by looking at the traditions that make it so special. 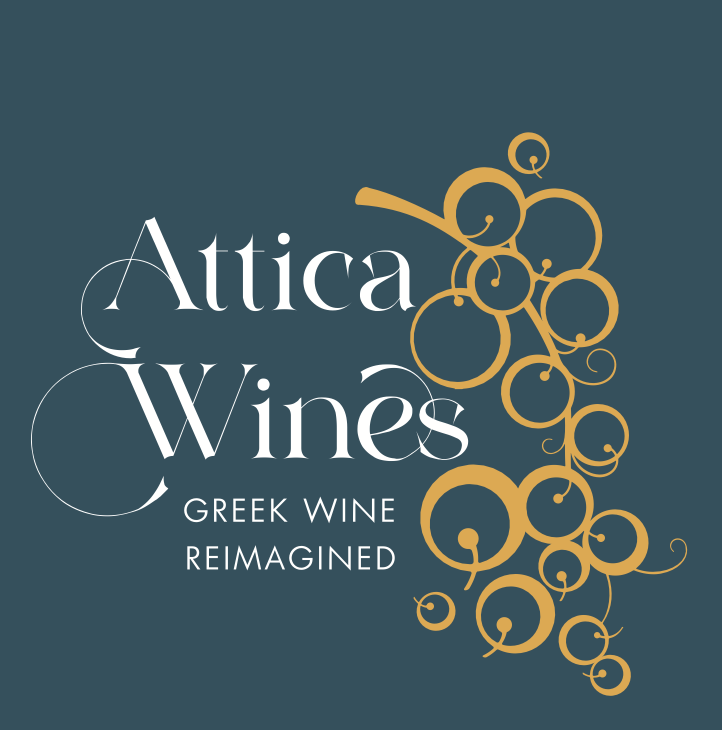 The vineyards of Attica have a long-standing winemaking history. Wine is thought to have been produced in the region uninterrupted for 4 millennia, and is considered to be among the oldest and most important vineyards of Europe. Wine has also always played an important role in the religious and cultural life of the city of Athens, closely connected with the social, economic, and artistic aspects of Greek life. Early in its storied history, the city of Athens developed strong commercial ties to all of the known ancient world. Amphorae containing wine were sent to the far corners of the world, while kylix, kraters and other clay vessels used for wine, have been found in archeological excavations and shipwrecks, demonstrating the city’s importance in winemaking.

In ancient Greece, the “Symposium” (meaning to drink together) was part of a gathering that took place after the meal. Wine was at the centre of these social events, accompanied by music, dancing, recitals and discussions of political, scientific and philosophical ideas of the times. The symposium was a forum for men of respected families to debate, plot, boast, or simply revel with friends. They were frequently held to celebrate social or family achievements such as victories in athletic and poetic contests. Some of the greatest ideas of philosophy and democracy had their birth through the “Symposia” (plural for symposium) in the important Greek cities of the ancient world such as Athens, Elefsina, Megara and Marathon, all located in the Attica region.

The ancient Greeks loved wine and faithfully worshiped Dionysus, the Greek god of wine. The visual images and symbols used in Greek iconography, shown on Attica pottery, highlight the importance of Dionysian worship. Legend has it that Dionysus, in one of his travels, came to Attica and was hosted by Icarius, a man from Athens who welcomed him to his house. The story goes that Dionysus gave the gift of vine and wine to Icarius as a reward for his generous hospitality and he, in turn, gave it to the people of Attica. The Greek Comedies and Dramas also had their origins from the worship of Dionysus

Attica, defined by the commanding presence of Athens, has always been a huge wine market and one with great opportunities for the growers. Attica is not only blessed with ideal climatic conditions, perfect vineyard sites and distinctive soils, but has also significant commercial advantages. The region’s proximity to Athens, and the nearby port of Piraeus, made life easier for local farmers and producers. The producers could consistently sell everything they grew and bottled, not only in Athens but throughout Greece. Early in the region’s history, this comparative advantage was recognized by the locals who established the first wineries during the 19th century. However, the quality potential of the region remained largely untapped until quite recently. 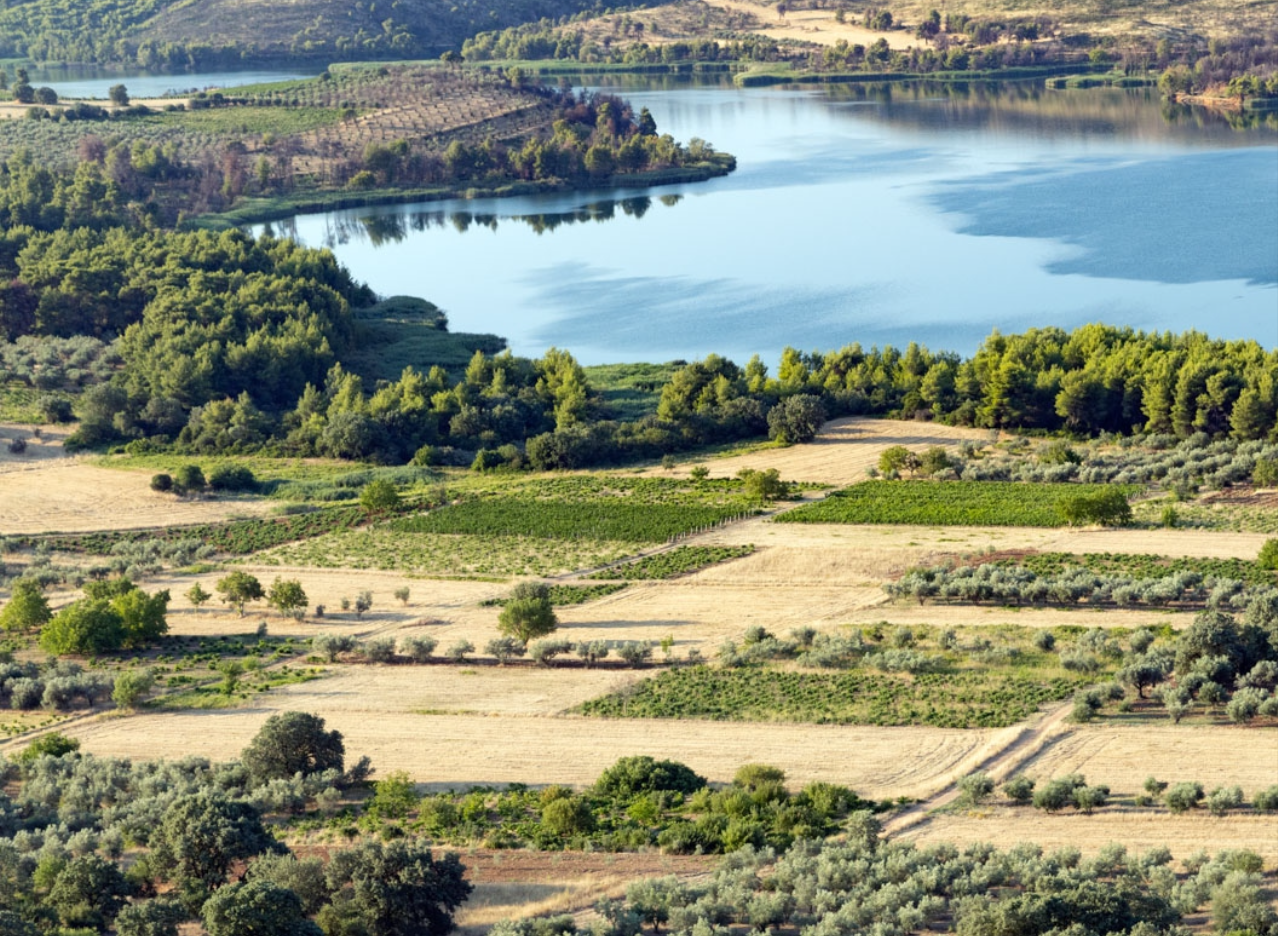 Attica also possesses a rich culinary heritage. A great number of unique agricultural products are produced within the region and form the basis of the Mediterranean diet. The local gastronomical scene is booming and is considered to be one of the world’s most important and influential food cultures of today. Athens is a leading gourmet destination and is home to a large range of diverse restaurants: from fine dining establishments to an authentic long established street-food culture, as well as traditional taverns that offer an elevated gastronomic experience. Many of the top restaurants are recreating traditional recipes to satisfy the modern palate. The vibrant city center is recognized as a melting pot of different international cuisines. During the last decade a new generation of upscale wine bars have been opened that offer a full range of the best of Greek wines, together with anything from an enticing menu of “mezedes” (small plates) to a full range of wine friendly foods.

Old vines, manually worked vineyards and small viticultural zones are among the key characteristics of Attica. The climate is warm and dry, with minimal rainfall, especially during the growing season. The local climate allows for the growing of healthy grapes, at very low risk from diseases, which helps minimize the need for chemical spraying and makes Attica suitable for organic cultivation.

PGI Attiki (ΠΓΕ Αττική) has undergone substantial growth during the last couple of decades and is considered one of the preeminent wine regions of Greece. There have been many changes taking place both in the vineyards and the wineries, all with the goal of producing wines that clearly speak of their origins. Savatiano is the key grape variety here, followed by a number of other exciting grapes responsible for the modern, expressive wines being produced. In just a 30-minute drive from downtown Athens, you will be amazed to find well preserved, old bush vines found throughout this historic region. These old Savatiano vines are prized, not only for their ability to produce excellent wines, but for the deep viticultural traditions they represent.

PGI Markopoulo (ΠΓΕ Μαρκόπουλο) is located in the eastern part of the Attica prefecture and includes the municipality of Markopoulo. The region is just a few kilometers from the center of Athens and is home to a number of excellent varietal Savatiano wines. Grapes are sourced from dry, manually farmed, often old bush vines that produce wines with good structure, depth of fruit, mineral elements and long aging potential.

PGI Slopes of Kithaironas (ΠΓΕ Πλαγιές Κιθαιρώνα) is comprised of parts of two districts. One of them is located on the western part of Attica and includes the area of Erythres, while the other is actually located in the Boeotia prefecture and includes the area of Plataies. It is an up-coming viticultural zone where both native and international varieties have adapted well to the local terroir.

The wines of PGI Retsina of Attiki (ΠΓΕ Ρετσίνα Αττικής) are inextricably linked to the wine tradition of Greece. The modern Retsinas, having left behind the poor quality of the past, have made a new start with their superior quality and uniqueness of character. The best wines score high in international competitions and have impressed even the most discriminating of wine critics. Savatiano is synonymous with Retsina, producing the most representative wines of this traditional style. Producers are also experimenting with different grape varieties, such as Assyrtiko, however these wines are not allowed to bear the PGI designation on the label, reserved only for Savatiano and Roditis