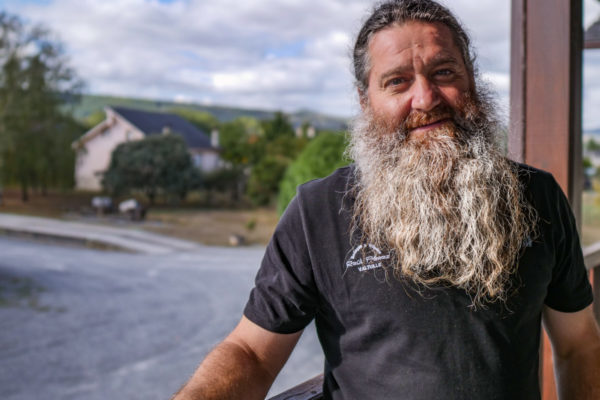 The future of Bierzo: Raúl Pérez on Godello, Mencía and old vines

We have heard a lot about the so-named New Old World in recent years. Which is usually used to talk about emerging wine countries from Eastern Europe and the Baltic States. But there are also good examples of ‘New” worlds being created in classic old wine countries like Spain. The New Spain movement being driven by charismatic and influential winemakers like Raúl Pérez who has made his home in Bierzo. Anton Moissenko travelled to meet and share his story. 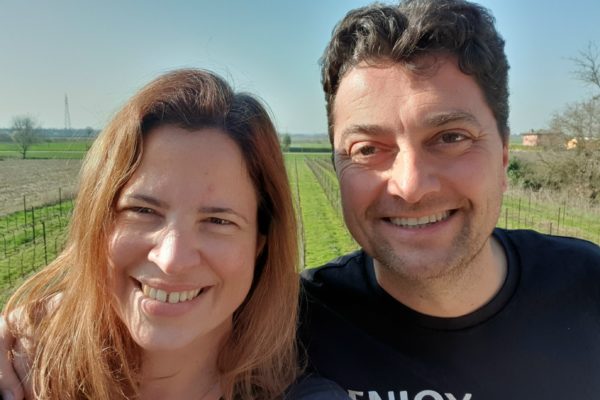 Reka Haros: what life’s like in the Covid-19 lockdown in Italy

As we all come to terms with what impact Covid-19 is going to have on our personal lives as much as our work and business, we can only learn from those who are already having to live directly with the outbreak of this virus. Like Reka Haros and her husband, Pier, and young children, who have been cut off from normal life at their Italian winery, Sfriso, in Veneto in northern Italy. Here she shares what life really is like when you have to go into lockdown. 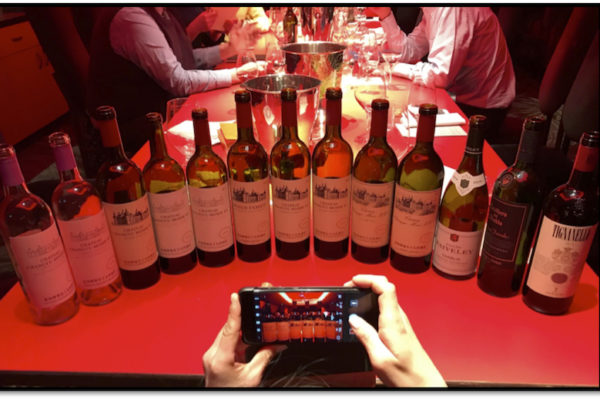 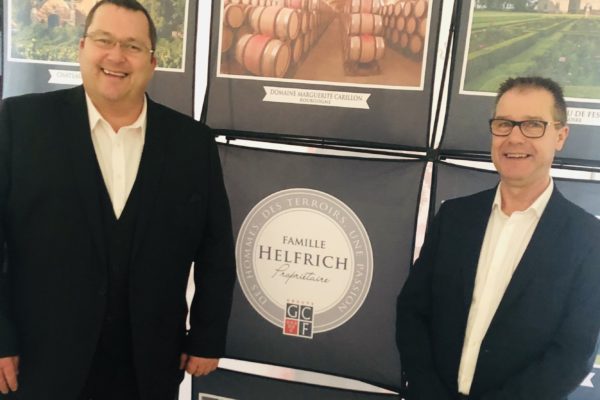 Laura Clay jumped at the chance of attending a tasting – organised by Famille Helfrich the specialist on-trade arm of Les Grands Chais de France – that was just 10 minutes up the road from where she lives in Edgabaston in Birmingham. Even though she admits she went in two minds about how good the wines would be on show. A full day later she was blown away by the quality and diversity of wines not just from France but across Europe and around the world. Here’s why she would “clear her diary” for the next time Famille Helfrich is in town. 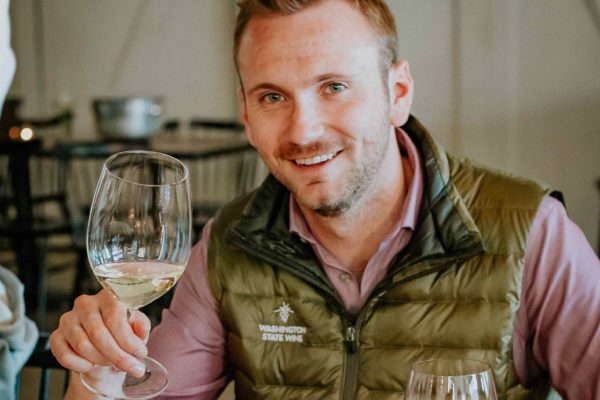 There has never been a better time for Washington State wines around the world with exports at a record high and a real and growing demand from the premium wine buying community in the UK. Ahead of next week’s ‘Unsung Heroes’ tasting we talk to Doug Marshall, senior international marketing manager, about Washington State Wine’s export strategy and the styles of wine that are now finding themselves onto lists in all the right restaurants and bars. 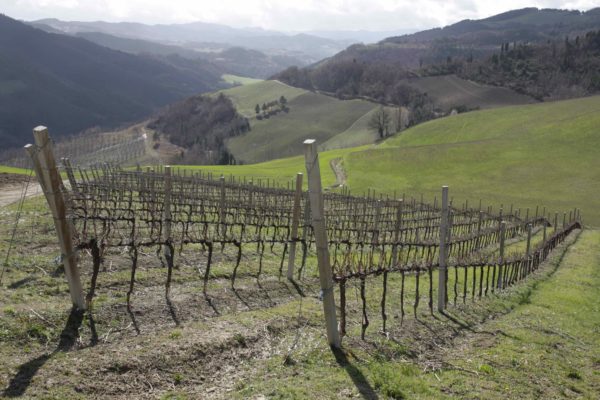 The Apennine mountains are like the backbone of Italy running down the country, much loved by hikers, mountaineers and in the small region which separates Romagna from Tuscany in the north, winemakers are also using their unique slopes to plant vines and grow grapes. The Stella dell’Appennino is a group of 10 producers who have come together to help promote and celebrate what they can do both individually and together. Giorgio Melandri, “the mastermind behind the group” explains what it hopes to achieve. 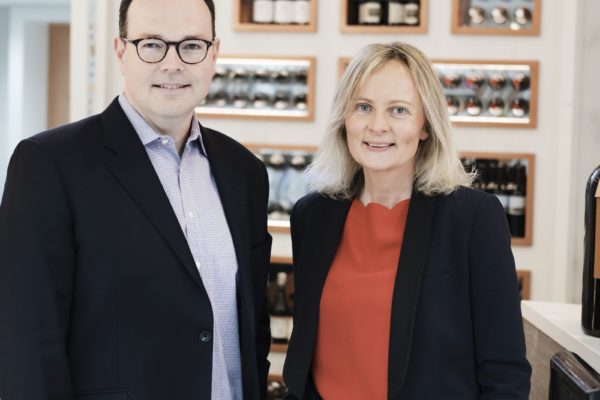 California on its Essential & Seeking tasting strategy for UK

Focus. That’s the key word when it comes to describing the California Wine Institute’s approach to representing and promoting its producers wines to the most influential wine buyers in the premium on-trade. It’s ditched the one size fits all large annual generic tasting and replaced it with smaller, bespoke, and, yes, highly focused events that it believes gives busy buyers a far more effective way to discover what the region has to offer. So that’s the concept but what are its upcoming ‘Essential’ and ‘Seeking’ tastings actually all about? 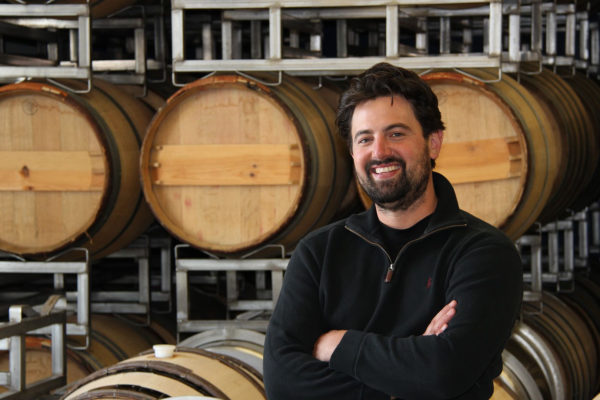 Matt Reynvaan on why Syrah does so well in Walla Walla

There are now many countries and regions that can lay claim to producing some of the best Syrah in the world. For the most part the influence of the Rhône, can be found at the heart of so many of the styles being produced, like in Washington State where Syrah has truly found its home. It’s certainly what has inspired Matt Reynvaan to make the wines he does in the Walla Walla region. 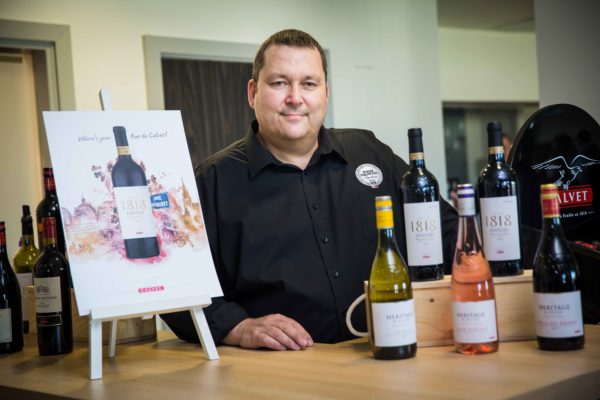 Chris Davies on taking Famille Helfrich to buyers across the UK

Famille Helfrich is as well placed as anyone to know what wines are best suited for premium restaurants and bars as it was set up to do exactly that as the dedicated premium on-trade and independent wine merchants’ arm of Les Grands Chais de France (GCF). Next week buyers from all over the country are invited to come to Birmingham and take part in its two-day annual portfolio tasting and the chance to taste over 300 wines from across France, but also GCF’s growing international range. Here Chris Davies, Famille Helfrich’s head of sales in the UK, marks your card for what to expect. 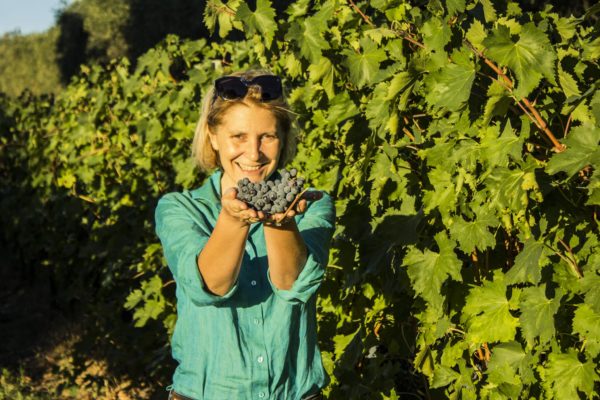 For all those that have travelled to Umbria, either to taste and buy wine or just to go on holiday, cannot have failed to have been captured by its sweeping hills and stunning scenery. The Lungarotti family has been at the heart of its fine wine scene thanks to the quality of the wines it produces at its Torgiano and Montefalco estates. Now the winemaking rests in the hands of Chiara Lungarotti, who works alongside her sister, Teresa, who handles the marketing and PR. 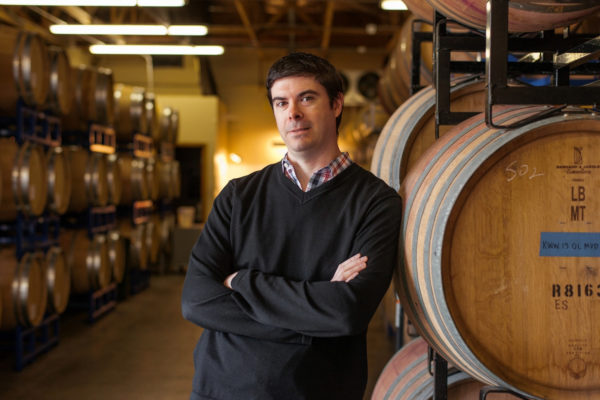 Washington State might be a long way from the Rhône Valley, but winemaker Kevin White is doing all he can to bring it as close to what he sees as being his inspiration for making wine. Which is why he makes wine with Syrah, Grenache and Mourvèdre and does it with a minimalist approach as he wants the fruit to shine rather than anything he does in the winery. You can taste his wines for yourself at next month’s Washington State Wine tasting. 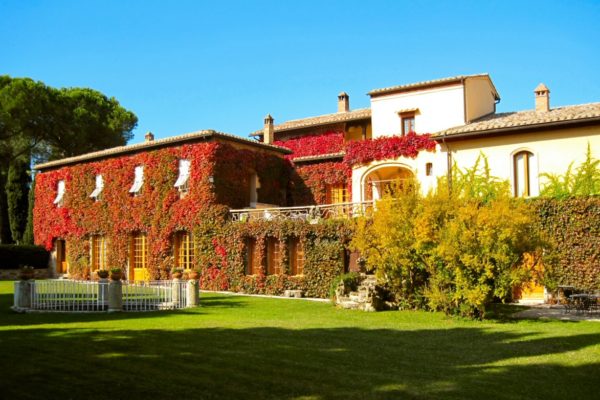 With vines dating back to the 1930’s Biondi-Santi is one of the iconic Italian wineries and one of the most prestigious in the classic region of Montalcino. It’s also very much still in family hands that stretch right back to the mid 19th century. Here Tancredi Biondi-Santi, the latest generation to work with the estate’s famous vines, shares the history of the winery, but also looks ahead at the steps being taken to make it as relevant in the future as it has been for so many decades. You can meet him and taste their classic wines at the Sangiovese RESET tasting on March 3. 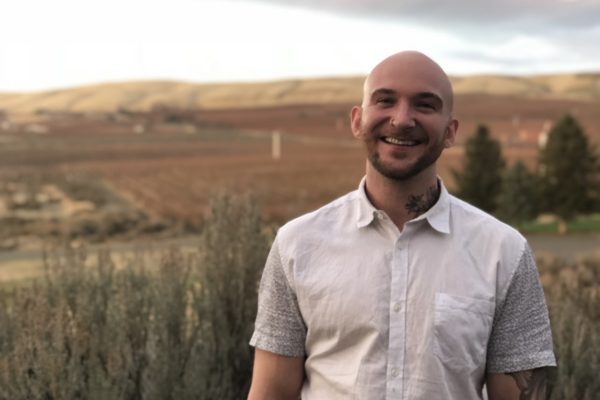 If sommeliers bought as much Washington State wine as they say they like them, then the lists of most premium wine restaurants would be full of different styles from this distinctive and still fast growing US wine region. As it is there is still enormous potential for Washington to build distribution, both first with UK importers and then to the restaurant customers they supply. Ahead of the Washington State Wines tasting in London on March 10 we start a series of interviews with participating winemakers with Tyler Williams of Kiona Vineyards. 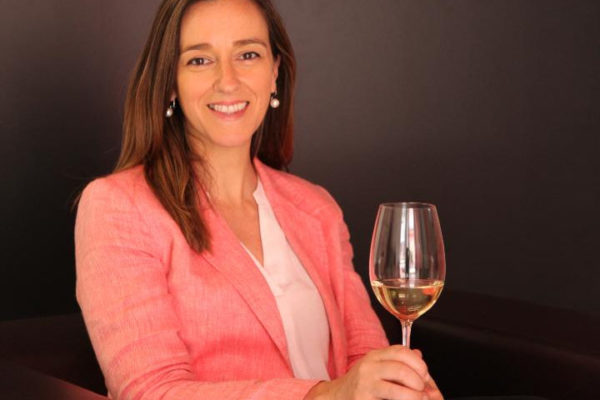 If you stop and ask a sommelier or a top wine buyer to pick out countries or regions where they are increasingly turning to both for interesting, eclectic wines, but also those that offer excellent value at all price points then time and again they will bring up the different regions of Portugal. What’s more it is also the local indigenous varieties that are becoming more popular with curious buyers. Which will be music to the ears of Sónia Vieira, marketing director of Wines of Portugal, who explains to Richard Siddle Wines of Portugal’s strategy to help grow Portuguese wines sales in the UK. 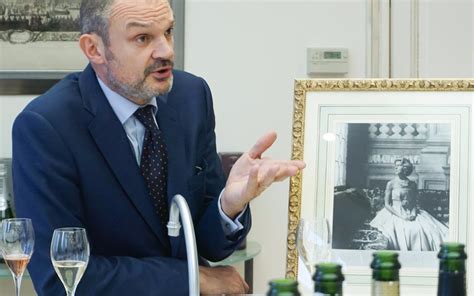 Considering it has only just got over 1% of the UK’s total Champagne market, Pol Roger must be one of the most successful of all the Champagne houses in terms of prestige and controlling its brand image. But that is also very much the key to its success, explains, president, Laurent D’ Harcourt, from both managing the supply of its grapes to carefully selecting the distributors it works with both in the UK but in all its key markets around the world. He talks through his international strategy with Richard Siddle. 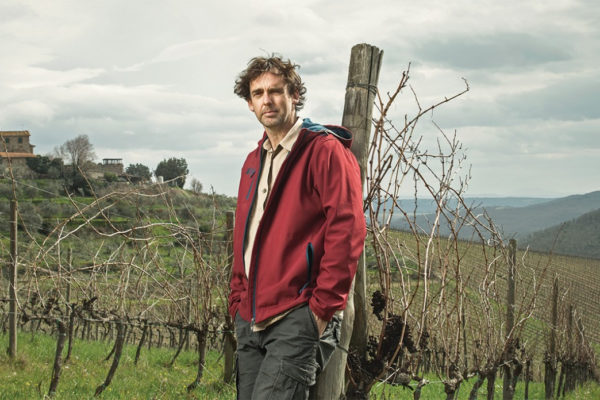 If you want to get the full Tuscan experience then touring the winding roads in and around the town of Radda in Chianti is a great place to start. For winemaker Sean O’Callaghan it has become his home for close to 30 years, predominantly at the Riecine winery and now with new producer, Tenuta di Carleone, where he has been able to make the natural expression of Sangiovese that he thinks are unique to the Radda area. You can meet him and taste his wines at the forthcoming Sangiovese RESET tasting in London. 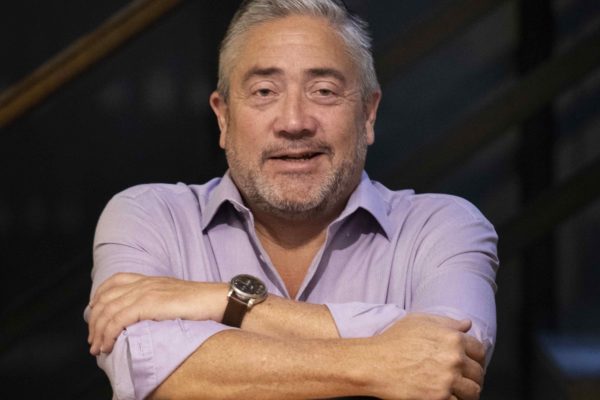 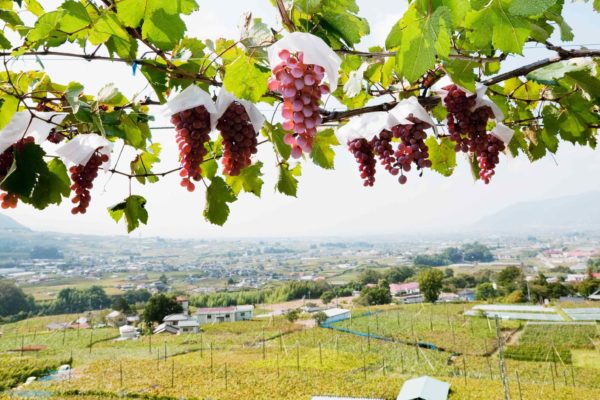 Whisper it gently but Koshu wines are no longer just a niche to appear on the most avant-garde restaurant or Asian wine lists, but are now a regular feature on classic and traditional lists too – like at the Le Manoir aux Quat’ Saisons. If you have yet to discover or want to find out more about Koshu wines then keep February 5 free for what is going to be the biggest tasting of Koshu wines held in the UK. Here’s Yuka Ogasawara from Koshu of Japan to tell us all about it. 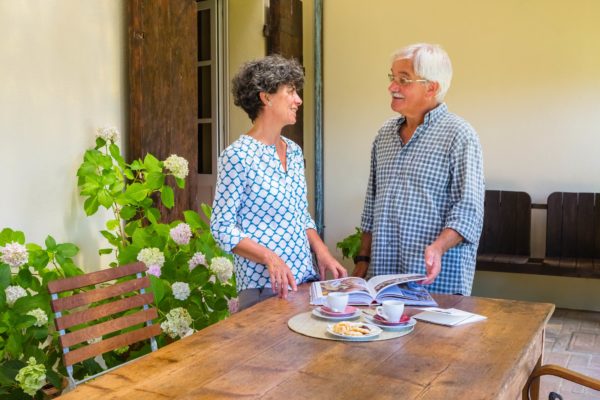 Luigi and Antonella Villa are restaurateurs turned winemakers in the heartland of northern Italy who have found their desire to seek out the best quality ingredients for the food they make is closely aligned to the skill you need to be an honest winemaker, committed to making wines that are true to the soils, the land and the place they come from. They are looking forward to showing their wines in the UK for the first time as part of the inaugural Sangiovese RESET tasting being held on March 3 in London. 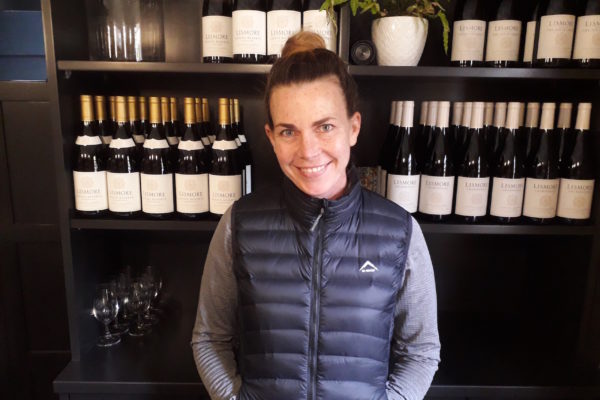 Rescuing Lismore: Samantha O’Keefe on a hard road ahead

Six weeks ago a bushfire devastated Lismore Estate, the South African winery owned by Samantha O’Keefe – destroying the winery, her home and a large part of the vineyards. For the first time since the tragedy she opens up to Geoffrey Dean about how the global wine community has helped her, the practical steps she is taking to make a vintage in 2020, and the many worries she has in not only rebuilding the estate but also in maintaining the momentum of a wine business that had just started to turn the corner. 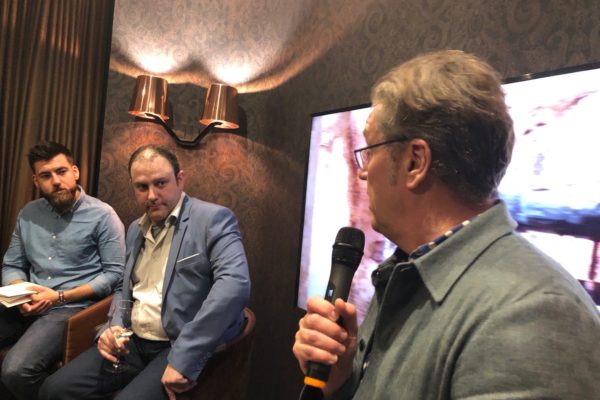 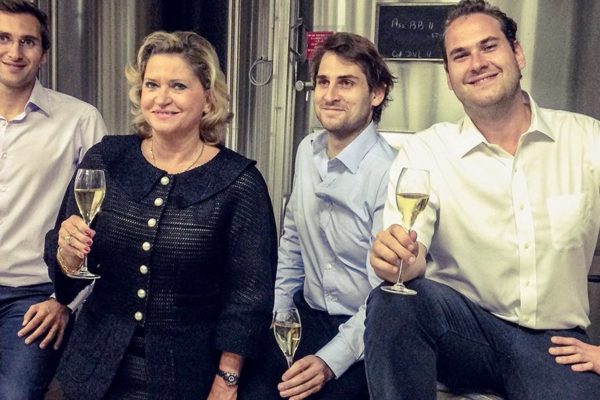 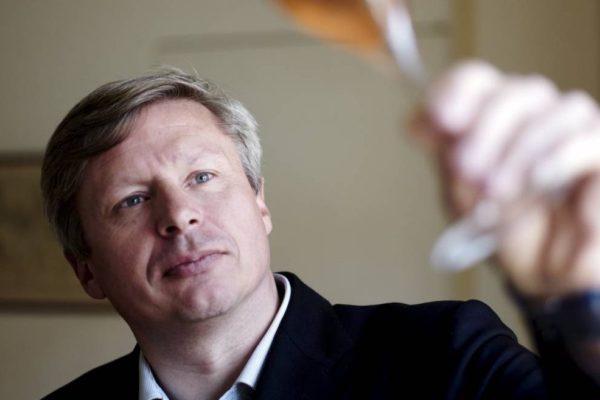 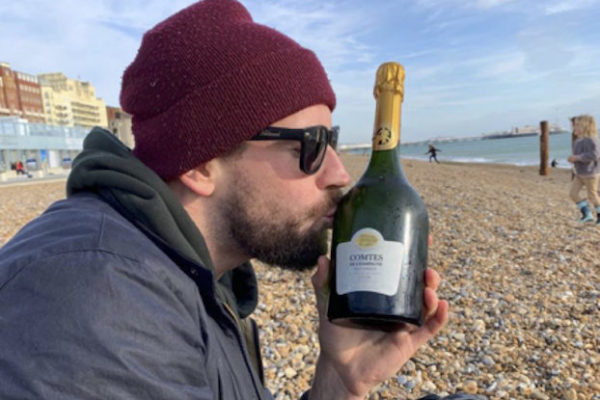 Best wines of 2019: the year’s Top 10 of consultant Harry Crowther